Last month the European Union’s governance body, the European Commission (EC), narrowly rejected controversial legislation intended to redefine copyright for the internet age, by only 40 votes. This new copyright directive was provisionally approved by the European Parliament’s Legal Affairs Committee in June, and the vote has forced the EC to debate and likely amend the directive before parliamentarians meet for a second plenary vote in September.

The directive of the European parliament and of the council on copyright has been a source of much global debate and controversy among various stakeholder groups, including civil society and both the tech and creative industries. Three specific clauses are of primary concern for these parties, with two particularly impacting digital content distributors: Articles 11, a proposed link tax on use of journalistic content, and 13, the imposition of a technical tool to identify copyright-protected content.

The main arguments against Articles 11 and 13 surrounded the vagueness of certain key terms, the risks in providing flexibility in their interpretation, restriction of online freedoms, limits on fair use of copyrighted content, and creating an uncompetitive environment that favours large incumbent players or existing digital platform monopolies. An example is the Internet Society’s position on Article 13. On the other side of the debate, creative IP owners, artists, journalists and related associations had less to say about the language used in drafting the articles and more about how the internet has impacted their ability to be fairly compensated. Even after last month’s vote, little was offered in recommendations to redraft vague language.

However, both sides agree that (i) copyright policy for creative works is in need of a revamp due to digitization and changes in consumer behaviours, and (ii) artists and content owners should be fairly remunerated for certain uses of their works. The issue lies in how the EC’s directive was designed to support these two principles. The vagueness of the terms used, with too much flexibility in interpretation by nation states, and the potential of risk to online freedoms and in the enhancement of monopolistic power, are all details that risk doing the creative economy more harm than good. With the right approach to governance and policy formulation, however, they can be remedied. 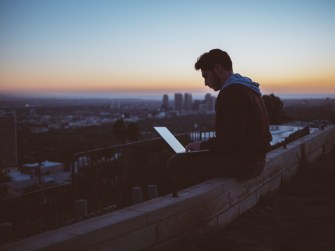 Here are three things that the EC (and ultimately any policy-making body) should apply in conceiving a truly modern copyright directive for the creative economy:

The internet, as we commonly know it, is an aging platform. The Internet of Things is already here, which will take the sharing economy to the next level. We must collectively acknowledge that the sharing economy is the first new and established economic system since 19th-century capitalism and socialism – and this has fundamentally transformed our information ecosystem and our creative economy. Further, technologies such as hyper-realities (for example, augmented and virtual) and artificial intelligence will impact these at accelerated rates. A sign of outdated thinking within the EC’s new directive on copyright is its frequent use of the term “upload(ed)”, generally associated with owned content. At a time when research shows that “the preferences for streaming rather than downloading content continues to grow” across Europe, there is not one mention of “stream(ed)” or “streaming”, which is associated with a temporary use of content (not ownership).

Additionally, any directive and resulting policies must be innovative and robust enough to embody and address a “What if?” future, involving our emerging consumption patterns and behaviours. In its current form, by the time the EC’s copyright directive begins to be applied and enforced, content consumption and industry will have moved onto a different paradigm, creating a new set of challenges for copyright protection – this is the reality of the Fourth Industrial Revolution, and both the information and entertainment ecosystems are not being spared by its disruption. “Day after tomorrow” thinking focuses on longer-term impact considerations, and it helps organizations improve their chances of being ahead of the curve. Peter Hinssen’s future-thinking approach was designed for companies and organizations, but it is equally important for governance and policy making; in fact, this type of thinking can be applied to policy design in partnership with industry (see below), which would considerably change the current state of the EC’s copyright directive.

Systems thinking focuses on the dynamics between ecosystem stakeholders, trends, issues and other elements, which ultimately leads to a heightened understanding of the true impact variables have on the state of a system. Article 13 of the EU copyright directive is an example of something designed without using a systems approach. As noted by Frédéric Donck of the Internet Society, “civil society and academia, including the Electronic Frontier Foundation, European Digital Rights, Creative Commons and the Max Planck Institute for Innovation and Competition, have all raised concerns over the potential negative impact of Article 13 on freedom of expression, the rule of law, market competition and internet architecture as a whole”.

Anticipating the future, understanding trends and taking a systems approach to challenges such as copyright protection is not easy, nor is it a gameable science. As such, any decision-making body can get it wrong, so having the agility to react, shift course and adapt is becoming more and more an essential element to success – this is true of business and industry, and equally true for the public sector. Governments and policy-makers are doing society and the creative economy a disservice if they only focus on reactive policy implementation. An efficient reactive approach is important, in order to adjust existing policies, for example, but building adaptability into the DNA of any law or directive-making body is more important. How adaptable will the new EC Copyright Directive be to systemic change and developments in technology, consumption patterns and content format? Which stakeholders were involved in the design phase of the new directive? The World Economic Forum believes in the concept of agile governance, which not only considers emerging technologies, mitigates policy decay and makes policy-design faster and more responsive, but it also integrates a collaborative multi-stakeholder approach into the process.

Notice the reference to the creative “economy” and not simply “industries”. Industry is only one of many stakeholder groups impacted by any copyright directive and related policies. Besides the obvious member state governments, who are to apply an EU-wide directive, citizens who consume copyright-protected content will also be severely impacted by any new directive. This means that they, represented by civil society, should be at the table during the design of the directive. The EC should open the debate and reformulation of their copyright directive to a true multi-stakeholder approach.

Between now and 12 September 12, the European Commission has a real occasion to adopt and pilot the use of these thinking and working models during the adjustment process for its new copyright directive. The World Economic Forum’s Shaping the Future of Information and Entertainment system initiativewas created to act as a neutral multi-stakeholder platform to collaborate with central bodies such as the EC in addressing challenges facing the creative economy, including copyright and the economic existence of content creators. The EC should seize this opportunity and transform their copyright directive into a role-model success in governance for other governments and regulators around the world to follow.

Can space ever be safe? What about the metaverse?
Up Next
Politics & Current Affairs

The Union of Concerned Scientists recently surveyed more than 63,000 scientists from 16 federal agencies, revealing a range of attitudes toward the current administration.