The notion of immortality arises out of our first awareness of death. It is impossible for us to imagine ourselves ceasing to exist. The concept of an afterlife, Ponce de Léon’s fabled Fountain of Youth, enduring fame, and offspring as the torchbearers of the family name – these are all embodiments of our desire to keep some piece of our being intact post mortem – even in the absence of consciousness. 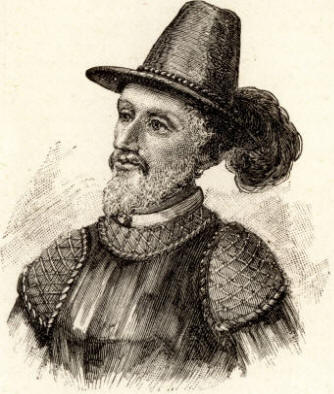 The field of Medicine has always been locked in a struggle with mortality, and it has won some significant victories. Life expectancy in the United States has increased by about 30 years since 1900. AIDS – once a death sentence – is now medically manageable (for those who have access to adequate health care). And now, with the help of bio- and nanotechnology, scientists are gearing up for an all out assault on Old Cloak ‘n Hood. Big Think has shared the views of futurists Sonia Arrison and Ray Kurzweil and geneticist Aubrey De Grey on emerging technologies that will enable us to slow aging or end it altogether. At the forefront of this science, Cynthia Kenyon has identified and blocked a “regulator gene” in worms that tells their cells when to age, increasing their life span by up to six times.

The Ethics of Immortality

So you want to live forever? Whoa there, Methuselah – double-check your motives, says Paul Root Wolpe, Senior Bioethicist at Nasa and Director of the Center for Ethics at Emory University. For Wolpe, the question to be asked of any new technology is ‘how will we use this to improve our lives (plural)?’ A 2006 NIH report on the realities and costs of longer-lifespans worldwide highlights some of the concerns we ought to keep in mind as we contemplate immortality:

Death as an Engine of Innovation, Immortality as Selfishness

To these, Wolpe adds the suggestion that there’s a “natural wisdom” in death – in that it makes way for the next generation of innovators, ensuring the rapid advancement of human knowledge:

Paul Root Wolpe: One of the things that we all understand is that, in most cases, the productive work of society is done by people in the first half of their lives or in the first two-thirds of their lives. And in some fields, in mathematics for example, the vast majority great finds in mathematical work are done before people are 30 or 35. There is a natural wisdom in replacing us. There’s a natural wisdom in the idea that new people who arise in new circumstances have new perspectives on the world.

Look at the generations living now from the World War II generation to the Baby Boomers, to Gen-X, all the way down.  The young generation today, the people in their teens and 20’s today were steeped in a different brine than I was as a Baby Boomer.  They were brought up with technology at their fingertips.  They move naturally and easily through that world.  And the idea that if I got to live to, you know, 150 or 200, that that would be a good thing for anyone other than me, I think is a misguided notion.  And there’s a deep selfishness in the move towards immortality and these people like Aubrey de Grey and others who are really looking for that Fountain of Youth.

As with any ethically complex issue, there are no easy answers here. Wolpe isn’t saying that we shouldn’t extend our lives beyond 80 or 90. He’s saying that before we start popping immortality pills, we need to think about how and why we’re doing it, and to consider as many of the consequences as we can reasonably predict.

Paul Root Wolpe: If we don’t change, for example, reproduction, if reproduction stayed between let’s say, 20 and 40, that means that you would have another 80 years after reproducing that you’d be around.  So there’s even the question of how we’re going to restructure the human lifespan.  Is that a proper dynamic to have your children and then live another hundred years?

Wolpe’s own perspective is that our drive toward immortality is basically selfish. He sees few benefits to society, and a good deal of potential harm, in our living to 200 or beyond. It is possible however, (though challenging) to imagine an alternative scenario – one in which we are able to arrest physical aging at, say, 25 or 30, when we’re at peak mental and physical health. If this coincided with our ability to colonize other planets (admittedly a big ‘if’), the resultant overpopulation could be mitigated. Of course the end of aging would entirely restructure our social and psychological lives, but it’s entirely unclear whether the consequences would be worse on balance.  Perhaps entirely an new psychological condition: “Clinical Weltshmerz” would emerge. Perhaps the challenge and stimulation of living to see where things are really headed would keep us all invigorated.

But one thing’s for certain – if significantly extended lifespans aren’t accompanied by extra decades of good health, energy, and mental acuity – not to mention a boom in job creation – then these future duocentarians (selfish or not) won’t be having much fun – and neither will society as a whole.

This post is part of the series Re-envision, sponsored by Toyota

We evolved to be kind – and die for others.
▸
4 min
—
with
Paul Bloom
Up Next

10 skills all students need in any job market