A lot of ink is spent discussing the causes of cancer. All over Los Angeles, signs are plastered warning of cancer-causing agents built into the structures we inhabit. A recent California ruling could attach a cancer warning on every bag of coffee we purchase. Pollution from planes traveling to and from LAX might be affecting residents who live up to ten miles away.

While warnings are everywhere, so are nutrition plans to combat cancer. “Cancer-fighting antioxidants” is listed on too many products to name, though that tide is changing. In 2015 the maker of GT’s Kombucha was sued for making false health claims about antioxidants. The company was forced to remove such language from packaging, as well as list the proper sugar content of its beverages—ironic, considering the link between sugar and cancer is well known, though as the American Institute for Cancer Research writes, it is an indirect link.

With all the confusion regarding nutrition and cancer, one cancer-fighting meal plan keeps returning. Better put, it’s a no-meal plan. Fasting has been touted as bestowing many health benefits since biblical times. Some claims are suspect while others hold up under scrutiny. One 2014 study at USC, led by biogerontologist and cell biologist Valter Longo, found that “prolonged fasting downregulates a IGF-1/PKA pathway in stem cells,” which could help people susceptible to cancer or in chemotherapy rebuild their immune system.

Fasting, Longo argues, forces the body to use its store of fat, ketones, and glucose. It also breaks down a lot of white blood cells, forcing the body to regenerate new immune system cells. This implies that you rebuild your immune system during and after a fast. What you eat when breaking a fast matters, though the magic occurs during the starvation period.

This research led Longo to create a diet called ProLon, short for “pro-longevity.” A “fasting mimicking diet,” (FMD), it is essentially a five-day calorie reduction plan that you can purchase directly from his company for $300. (He says all profits fund further research.) While Longo obviously has a vested interest, the data hold up. Plus, you don’t have to buy the diet from him; the formula is simple to understand, though not necessarily to implement. 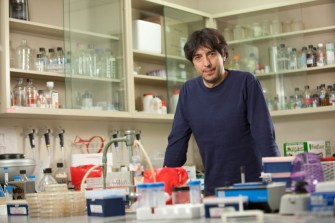 The FMD is meant to be undertaken throughout the year. Longo designed it, in part, to give cancer patients an alternative to total fasting. While the immediate effects of chemotherapy leave you anything but hungry, you often become voracious during recovery (at least in my case, as well as others I know).

To stimulate the regeneration of white blood cells, Longo prescribes 1,100 calories on day one and a total of 800 calories for the following four. A low-protein, low-fat, high-carb diet, proteins are plant-based while carbs are mostly grains, nuts, and seeds (in his meal pack, at least). Longo can’t stand the trend of low-carb or high-fat diets, though they too have held up to (some) scrutiny.

Fitness author and former competitive athlete Mark Sisson is generally a fan of fasting, though he’s skeptical of some of Longo’s claims. His main contention is that Longo positively promotes the FMD as a means for lowering insulin-like growth factor (IGF-1). Sisson points out that IGF-1 counters age-related muscle wasting, the opposite intended effect Longo markets. IGF-1 also builds bone strength and mediates the increase in strength during resistance training. While he notes that IGF-1 can promote the growth of cancer cells, he’s not sure the trade-off is worth it.

IGF-1 levels also have a curious association with all-cause mortality. It’s U-shaped, meaning both super low levels and super high levels are linked to increased mortality risk, and that there’s a sweet spot somewhere between where IGF-1 is helping, not hurting. Lower isn’t always better. Somewhere in the middle is the best for longevity.

Though Longo might have an economic interest in fasting, he also has a clinical interest in presenting remedies that work. A number of studies on rodents (and some on humans) have shown the regenerative powers of fasting. He says fasting “is at the foundation of the body’s ability to protect, repair, and rejuvenate itself.” If the evidence with rodents holds up in humans, he could be onto something.

While his FMD is designed for cancer patients, he believes that your body needs at least 72 hours of total fasting to receive the full health benefits. He calls diets such as the 5:2 diet and intermittent fasting ineffective when compared to a true three-day fast. At roughly 200 calories a day for four days, Longo believes the FMD is the closest you can come to an absolute fast while still giving your body some external energy.

As with any cycle, fasting is a trend right now. Yet humans have been fasting for millennia, and likely long before; it was a part of daily life when calories were difficult to procure. While most of us live in a time of plenty, we’ve swung the other way from our ancestors, gorging on too much food throughout the day. Not all ancient wisdom is worth revisiting, and fasting is not so much “wisdom” as it was a technique practiced of sheer necessity. That doesn’t mean we can’t learn from it.

Related
The Past
How the death of alchemy gave birth to modern science
Far from practicing witchcraft, the experimentation of medieval alchemists helped bring about the Scientific Revolution.
The Well
This is what the fourth dimension looks like
Left–Right, Back–Forth, Up–Down. What’s the fourth dimension?
▸
3 min
—
with
Brian Greene
The Present
How heat pumps of the 1800s are becoming the technology of the future
Innovative thinking has done away with problems that long dogged the electric devices — and both scientists and environmentalists are excited about the possibilities.
Starts With A Bang
JWST’s hunt for most distant galaxies gets double boost
Along with gravitational lensing and ALMA’s incredible long-wavelength spectroscopy, JWST is reshaping our view of the early Universe.
Thinking
Finding your essential self: the ancient philosophy of Zhuangzi explained
Adopting a healthy scepticism towards inherited ideas means “emptying the container of the Self.”
Up Next
Mind & Brain
Study: Memories of music cannot be lost to Alzheimer’s and dementia
The part of your brain responsible for ASMR catalogs music, and appears to be a stronghold against Alzheimer’s and dementia.