To fully understand how anesthesia works on human consciousness, we’d have to first understand exactly how consciousness works. So that’s a problem. The most frequently used anesthesia is propofol, which knocks out patents quickly and smoothly and prevents them from feeling pain during surgery. But exactly how propofol and other anesthetics do what they do has been unknown. “It is indeed a 180-year-old question, one of the unresolved mysteries in medicine, Bruno van Swinderen tells ScienceAlert van Swinderen is the senior author of a new study that suggests a possible solution: Propofol disrupts communication between neurons. It shuts off thinking while you sleep. 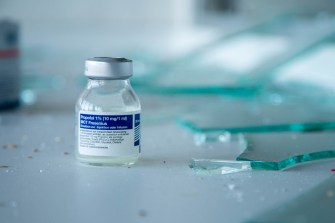 The new research examined nerve cells from rats and fruit flies. “We found that propofol restricts the movement of a key protein (syntaxin1A) required at the synapses of all neurons. This restriction leads to decreased communication between neurons in the brain,” says lead author Adekunle Bademosi in a press release. (Humans also have syntaxin1A.) The synaptic process itself was only recently documented by Thomas C. Südhof, who was awarded the Nobel prize in 2013 for his research along with James E. Rothman and Randy W. Schekman.

Bademosi says, “We think that widespread disruption to synaptic connectivity — the brain’s communication pathways — is what makes surgery possible, although effective anesthetics such as propofol do put you to sleep first.” van Swinderen, however, says that propofol inhibits “communication between neurons across the entire brain in a systematic way that differs from just being asleep. In this way it is very different than a sleeping pill.” 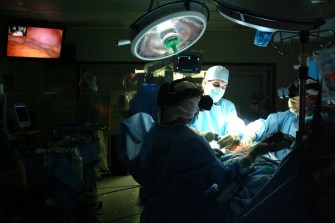 This new insight may help explain one of the worrying issues regarding propofol and other general anesthetics: Patients frequently experience postoperative delirium after being revived. The new research implies that this may occur because the brain’s connections need some time to come back on line. During these periods, which can last minutes, hours, days, and sometimes longer, patients may have trouble speaking clearly, responding to questions, recalling the reason for their hospitalization, or seeing hallucinations.

According to van Swinderen, “It has never been understood why general anesthesia is sometimes problematic for the very young and the old. This newly discovered mechanism may be a reason.” About half of patients over 60 experience postoperative delirium to one degree or another. “The discovery has implications for people whose brain connectivity is vulnerable, for example in children whose brains are still developing or for people [whose brain function is already compromised by] Alzheimer’s or Parkinson’s disease,” he notes. 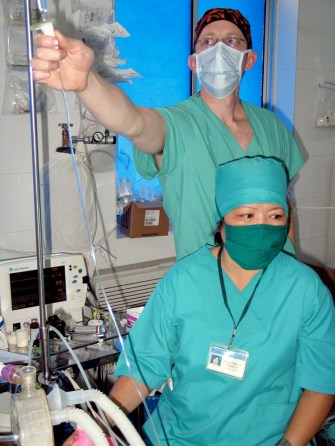 Does this mean that thinking, at least in the form of dreams, is not completely switched off by propofol’s syntaxin1 suppression? Or maybe dreaming is the result of some other mechanism else altogether. There’s so much still to figure out.

We confidently state that the Universe is known to be 13.8 billion years old, with an uncertainty of just 1%. Here’s how we know.
Up Next
Neuropsych

Have you ever been curious about how curiosity works?