Any fan of recent sci-fi movies and TV has likely seen some genius designer model an amazing new invention virtually before actually building the thing in the physical world. This is not as much a future thing as it may seem. High-tech industries have lately become infatuated with the idea of “digital twins.”

A digital twin is an exact virtual replica of a physical device. It’s a computer model that operates identically to the physical version. “The ultimate vision for the digital twin is to create, test and build our equipment in a virtual environment,” NASA’s leading manufacturing expert and manager of NASA’s National Center for Advanced Manufacturing John Vickers tells Forbes. “Only when we get it to where it performs to our requirements do we physically manufacture it. We then want that physical build to tie back to its digital twin through sensors so that the digital twin contains all the information that we could have by inspecting the physical build.” GE’s Ganesh Bell tells Forbes, “For every physical asset in the world, we have a virtual copy running in the cloud that gets richer with every second of operational data.”

One of the reasons people are so excited about digital twins is that they can potentially detect problems virtually before they have the chance to happen in the real world. Combining the digital twin with predictive machine learning, it’s hoped that downtime for devices large and small — like the countless Internet of Things (IoT) devices proliferating — can become a rarity, with problems resolved before they even occur. 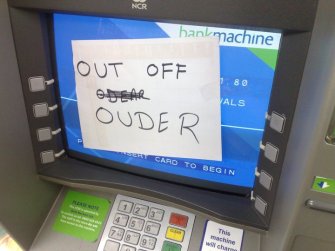 Gartner identified digital twins as one of the top ten tech trends of 2017 back in October 2016. In May 2017, there’s still plenty of excitement about them, but real-world issues have emerged that impede a wholesale shift to the technology. While a digital twin can be fantastic for an individual mass-produced high-end product — Tesla keeps a digital twin of every one of the cars it sells, for example, and all cars in the future may have one — the expense and effort currently required for digital twins make them less practical for more inexpensive products. Even more critically, there are lots and lots of devices from different manufacturers now in service that predate the notion of digital twins, especially in industrial settings. These devices lack a digital dopplegänger, and it would be prohibitively costly to develop them now, especially given the number of machines, small and large, that we’re talking about. 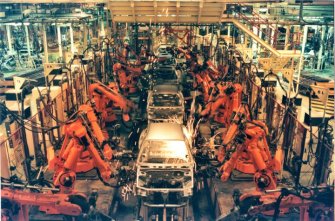 Several companies have sprung up with bridge technologies that bring the benefits of digital twins to devices without one. Though they take different approaches, one thing they share is that they all use machine learning for analyzing data to pick up subtle variations from normal operation that may predict imminent malfunctions. Beyond that, their approaches are pretty different.

One, 3DSignals, monitors and analyzes the sounds machines make to establish how they sound when operating normally and what they sound like when the misbehave, or are about to. The company continually trains their algorithm by matching human mechanics’ reports of what went wrong to the accompanying sounds, building a database of noise that signify issues that need to be addressed. The first time their system hears such a sound, it’s an aberration, but, as CEO Amnon Shenfeld tellsFast Company, “The next time we hit this signature on the same machine for the same customer or another customer using the same type of machine, it will not just be anomaly detection.”

Another company, Augury, is also “listening,” but not to sound. They detect changes in machine-produced vibrations, temperature ultrasound, and electromagnetic emissions. Their machine learning algorithms also work with a library of data they’ve detected to anticipate malfunctions. “Over time, we’ve collected probably the largest malfunction dictionary in the world for our types of machines,” says Augury CEO Saar Yoskovitz.

A third company, Presenso, takes a more direct approach: Industrial machines have a host of sensors, and the company’s service taps into them. The sensor data is uploaded to the Presenso cloud where their AI engine creates a digital model based on a sensor’s operational norm. “They [the algoirthms] don’t need any human guidance or know what the physical attributes are that are being measured,” CEO Eitan Vesely tells Forbes. “The goal is for them to learn by themselves how the machine operates.” 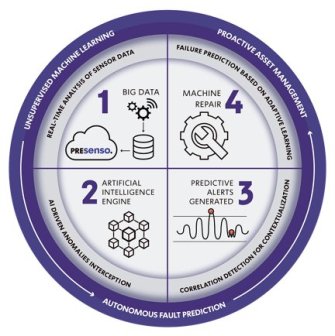 The digital sensor model Presenso’s AI generates can then be used for predicting abnormal behavior. The company sees the system’s ability to concurrently analyze data for an entire site’s worth of equipment as an advantage that has them targeting some of the most complex plants imaginable: those belonging to the power and energy, oil and gas, water, and automotive industries.

The bottom line is that technologists believe machine learning and AI can keep machines, other devices, and industrial plants operating with an efficiency and reliability mere human beings can’t come anywhere near providing. Though the applications are for now industrial — with the exception of a few luxury items — over time you can expect to to have a home full of digital twins and their cousins.

NASA was dangerously cavalier about the dangers of the shuttle launches.
Up Next
Neuropsych

How metacognition, thinking about thinking, can help improve your life

Studies reveal the impact of strategic thinking on studying and other areas of life.