In the late 1960s, Stanford psychologist Walter Mischel conducted an experiment that was beautiful in its simplicity, but had profound implications. Mischel placed a child in a room and offered them a choice — take one marshmallow now, or wait a few minutes and have two. The experiment has been replicated and reconstructed on numerous occasions to great comic effect:

Mischel discovered that the children’s ability to delay gratification predicted their success academically as adolescents, as well as a variety of other abilities from planning and rational thinking to their ability to handle stress. Intriguingly, when the children who had participated in Mischel’s experiment were tracked down as adults in their 40s, those children who failed to wait for the second marshmallow still scored more poorly on a test of self-control three decades later.

Now (sadly) it is probably safe to assume that the techniques used by the children to avoid eating the marshmallow, such as distracting themselves with their feet and looking around the room, will probably not be that helpful to adults hoping to delay gratification in the real world…

At the start of each year, many of us try to exercise our willpower to start a New Year’s resolution, or as John Oliver so elegantly put it, walk “the exact middle ground between lying to yourself and lying to other people.” New Year’s resolutions are famed for being unsuccessful; it’s not just a cliché that gyms see soaring numbers in January every year, only for attendance to drop off the precipice shortly after.

In reality, we often don’t behave all too differently from the impatient child sitting in front of the marshmallow. So what can psychology do to help? The reason our goals appear so much easier at the time we conceive of them than we find them in practice is due to a psychological phenomenon known as present-bias. If I ask you if you would like a chocolate bar or an apple right now, you’ll probably plump for the chocolate bar. If I ask you which you’d like in a week’s time, you’re far more likely to plump for the apple. 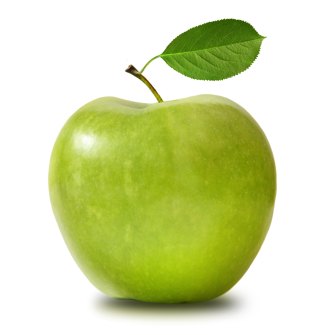 Now of course, you’re probably all too aware that this is hardly a revelation; the examples are all around us. Take, for example, your queue of films to be watched in Netflix, which if you’re like most people, is almost entirely full of “highbrow films gathering dust.” They sound irresistible when you’re deciding what to watch in future, but when it comes time to act on your decision, you suddenly feel inclined to binge-watch something a little more immediately rewarding.

One technique psychologists have tested for overcoming this bias is known as “temptation-bundling,” and involves coupling activities that you enjoy with ones you don’t. As Robert Montengro explained in a post, participants in an experiment who were only allowed to listen to an addictive audiobook (The Hunger Games) while they were at the gym increased their time spent at the gym by a stunning 51 percent.

The difficulty with a technique such as this is, of course, that it requires having the discipline to enforce rules such as this on yourself in the first place. Study participants who were simply asked to try to follow the rule only went to the gym 29 percent more frequently than a control group. This suggests having a buddy to make you stay true to your word is something worth considering; failing that, it’s worth exploring how technology could help. For example if your resolution is something like “not procrastinating online,” apps like StayFocusd allow you to limit the time you spend on certain websites, taking the decision out of your present-bias-influenced hands in the heat of the moment. That might sound silly and childish, but the evidence really does seem to suggest that these types of tools can help.

Another effective way to help ensure you will follow through with something is to simply tell people about what you intend to do. That’s according to a meta-analysis of studies investigating this technique, published this month. This creates an additional social pressure that drives you to keep your promise to yourself. By telling other people where, when, and how you will accomplish something, you make yourself considerably more likely to actually go through with it. So all those smug friends of yours that are posting their #goals in their Facebook timelines may actually be onto something!

Related
Thinking
Finding your essential self: the ancient philosophy of Zhuangzi explained
Adopting a healthy scepticism towards inherited ideas means “emptying the container of the Self.”
The Future
Startup’s bladeless flying car is designed to reach Mach 0.8
One of Jetoptera’s VTOLs is expected to reach speeds of around 614 mph, about as fast as a commercial jet airliner.
Health
New blood types are often discovered following medical disasters
New blood types are regularly discovered by an unusual absence or an unusual presence — both of which can result in tragedy.
The neuroscience of loving music
Humans are musical animals four million years in the making, explained by music expert Michael Spitzer.
▸
8 min
—
with
Michael Spitzer
Life
Scientists use CRISPR to insert an alligator gene into a catfish
Disease kills off 40% of farmed catfish. This gene protects them.
Up Next
Culture & Religion
New York City Is Converting Its Outdated Pay Phones into Free Wi-Fi Hotspots
Out with the old, in with the new.