Years ago a close friend was trying to quit smoking. He asked for advice. I offered a few yogic breathing exercises to help him maintain composure and focus, hoping that if he took the time to notice his relationship to breathing it would inspire him to stop. His reply: “No, I meant a pill.”

A few years later he did quit and even tried the breathing exercises. But the promise of a pill is seductive. There’s little that pills (and powders and liquids) stocked on supermarket shelves aren’t advertised to cure. If you have a problem, there’s a pill for it, somewhere. Even, as it turns out, exercise.

One of the great benefits of exercise is the proliferation of brain-derived neurotrophic factor (BDNF), a protein that Harvard professor John Ratey spends an entire book championing—he calls it “Miracle-Gro for the brain.” BDNF not only supports the survival of existing neurons; it also promotes the growth of new ones.

Specifically, BDNF interacts in the basal forebrain, cortex, and hippocampus, regions responsible for memory, learning, and higher thinking. While the protein plays a role in other processes—in the kidneys and motor neurons, for example—it is especially important for the sustaining of long-term memory.

As Ratey writes, one of the most beneficial aspects of exercising is staving off diseases of dementia. A lack of movement is implicated in cognitive decline (among other problems), so it makes sense that getting your heart rate up and loading your bones with strength training would have positive mental benefits.

And so a widespread team of researchers, led by Harvard neurologist Rudolph Tanzi, decided to see if they could mimic these effects in memory-suffering mice. The results were published in Science.

While 30 million people worldwide currently suffer from Alzheimer’s disease, that number is expected to grow to 100 million by 2050 if an effective intervention isn’t discovered. While the mechanisms for this—brain inflammation, the loss of neurons, neurofibrillary tangles, and β-amyloid plaques—are understood, why they play a role in memory loss is not. 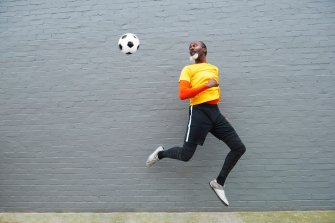 Recent evidence from postmortem human brains and mice implicate neurogenesis in memory loss as well. In both animals, exercise plays a role in delaying the disease through neurogenesis, which is in large part why moving your body is packaged with other lifestyle habits as a means for healthy aging.

To understand why neurogenesis is involved in dementia, Tanzi and team hindered the ability of mice to grow new neurons; it turns out their form of Alzheimer’s is even more severe than in humans. Once the mice were in the throes of dementia, the team attempted to induce neurogenesis through pharmacological and genetic means.

Neither worked—they were miffed. Then the mice exercised, and hello BDNF. Neurogenesis commenced. The team then increased BDNF through pharmacological and genetic means and the same effects were observed.

Neurologist Samuel Gandy brings up an important point regarding this research: for patients that are frail and immobile, a pharmaceutical that mimics exercise is quite useful. The exercising-mimicking pill can be a game-changer. This is science at its best.

At its worst, however, would be healthy people avoiding exercise and relying on a pill. Of course, memory is not the only benefit of exercise. We are complex animals that rely on system-wide best practices to both sustain and thrive. A strong memory isn’t that useful in a weak or broken body.

For some, there is no choice—take the strong mind. But for most of us: exercise now. Making sure pills stay unnecessary is the best we can hope for. Interventions should only be by necessity.

Related
Thinking
Finding your essential self: the ancient philosophy of Zhuangzi explained
Adopting a healthy scepticism towards inherited ideas means “emptying the container of the Self.”
The Future
Startup’s bladeless flying car is designed to reach Mach 0.8
One of Jetoptera’s VTOLs is expected to reach speeds of around 614 mph, about as fast as a commercial jet airliner.
Health
New blood types are often discovered following medical disasters
New blood types are regularly discovered by an unusual absence or an unusual presence — both of which can result in tragedy.
The neuroscience of loving music
Humans are musical animals four million years in the making, explained by music expert Michael Spitzer.
▸
8 min
—
with
Michael Spitzer
Life
Scientists use CRISPR to insert an alligator gene into a catfish
Disease kills off 40% of farmed catfish. This gene protects them.
Up Next
Technology & Innovation
Apple unveils 3 new iPhones and the Apple Watch Series 4
Apple unveiled the new Apple Watch Series 4 and three new iPhones during their keynote event on Wednesday, and they are chock-full of goodies.