King of the world? You don’t need to be DiCaprio at the bow of a doomed ocean liner to feel you have the entire globe at your fingertips. Try Radio Garden, an interactive world map of radio stations, and whoosh between continents faster than Santa can race from chimney to chimney.

Radio Garden is an Earth-spanning aural teleportation tool, a reminder that the richness and diversity of the world consists of sounds as well as sights. The world map itself is your radio dial. Thousands of dots are sprinkled across the map. The smallest dots are one-radio-towns, bigger dots represent cities with several stations. 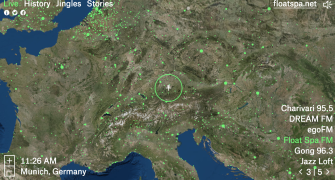 What’s the music in Munich?

Move your pointer to any dot on the map, and you are instantly transported to distant soundscapes. Here is Radio Tonga, out of Nuku’alofa, broadcasting sunny hiva songs from the South Seas. There is Radio P4, based in Visby on the Swedish island of Gotland, indulging in a bit of Eighties nostalgia – they’re playing ABC’s The Look of Love.

As you move the pointer between stations, the music fades to the hypnotic crackling of radio static. Tunis is a big dot; the capital of Tunisia is represented by no less than ten stations. Radio Jawhara FM is doing a talk show, Radio Babnet is playing a languid Arab pop song, all swooning strings supporting a plaintive female contralto. 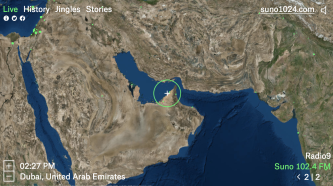 NammRadio in the southern Indian city of Bengaluru opens with a snippet of Mozart, which then turns into an Indian rock/pop song, a duet sung half in English, and – wait, is that Alle Menschen werden Brüder, in German? Followed by a flamenco guitar solo?

Tune in and out as you travel the globe, and you come across Chinese talk radio, classical music from Korea, Filipino ska, French pop transmitting from New Caledonia, halfway between Australia and Fiji. And news, weather reports and jingles in dozens of languages, across the world’s almost 40 time zones. 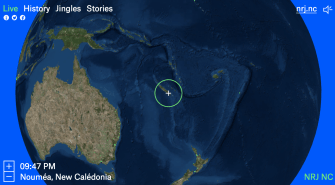 French radio live from the Pacific.

The live broadcasts are enough to keep you transfixed, but there is more: a small archive of historical broadcasts – Radio Moscow announcing the first woman in space in 1963; Radio Arthur, transmitting trade union leader Arthur Scargill’s message to striking miners in Nottingham in 1984, and others. Plus a collection of jingles and stories from around the world.

Radio Garden is more than a global directory of radio stations. In times like these, where we seem to be witnessing the reversal of decades of globalisation, it is strangely reassuring to listen in to the rest of the world, and hear a unity of purpose across the diversity of cultures. Around the world, radio is an antidote to silence and isolation, and a reminder that you can never go wrong with inane talk, brash ads and vapid pop. 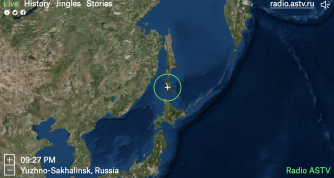 Oh, the strange places you can go: Sakhalin, a Russian island just north of Japan.

Brands like BMW, Walmart, and IBM are seeing big wins from the use of gamification in corporate training. Here’s how.
Up Next
Hard Science

It’s not just the dope suits. A review says leadership plays a huge role at both the agency level and executive branch.