History and geography conspire to produce political boundaries at random. Each international border is the answer to a question that is contingent to a certain place and time, and irrelevant anywhere (or anytime) else.

Yet out of the chaos of chance comes the order of reality. For even though the options are theoretically limitless, the results are not: there are no Mickey Mouse-shaped countries – I rest my case. In fact, the forms and shapes of states can be classified in less than half a dozen morphologies (see #595, It’s Always Chile in Norway).

That’s not where the convergence ends. Certain political entities are so similar in shape that they look like each other’s double – like the Chad Smith and Will Ferrell of cartography. We noted this before (#659, Liege, Belgium’s Vanishing Twin), and were subsequently sent a few suggestions for other ‘country doubles’.

Reader J Banana (possibly a nom de web) points out that the Irish county of Monaghan bears more than a passing resemblance to Iraq. The source he links to (this article at Cynical Stuff) even mentions that the similarity even caused a bit of a kerfuffle at the 2003 St. Patrick’s Day parade in New York:

The New York Monaghan Association has issued a strong statement of support for the US military campaign against Iraq. This is despite being unable to carry their usual banner in the New York St Patricks Day Parade because of similarities between an outline map of Monaghan and Iraq.

“It came as quite a surprise to us that Monaghan and Iraq had basically the same outline shape. We had been receiving some jeers and comments as we assembled for the parade in New York and we couldn’t understand why. Until someone from the Louth Association pointed out the similarity. So for the sake of being able to walk 5th Avenue in peace, we had to carry a simple blue and white banner instead or our ornate traditional banner.”

Unfortunately, the story proved to be a hoax. But the resemblance is unmistakable. 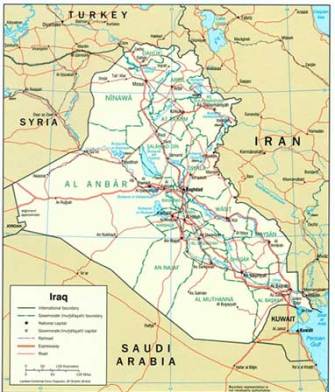 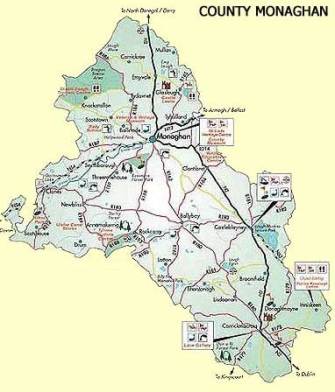 And the war-torn country of Iraq. Or was it the other way around?

Reader Jorge suggests we “check out the map of the Algarve, Portugal’s southernmost province. Compare it with the map of the whole of Portugal. It’s practically the same, only lying down”. 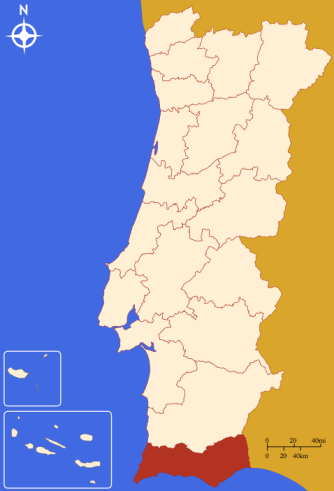 Portugal, with the Algarve marked in red.

The Algarve, Portugal’s miniature (and mirror).

Erik Smit notices a strange case of insular mimicry in the Indonesian archipelago:“[What’s] eerie is how Sulawesi is mimicked by a lesser island to the east of it, Halmahera. Sulawesi has a very distinctive shape, and Halmahera looks like a baby version of it with the same four tentacles. There is a geological reason for that, by the way, but still it looks impossible to have two funny-shaped island that are that similar in shape”.

Mr. Smit does not reveal the geological reason for the similarity. Any suggestions? 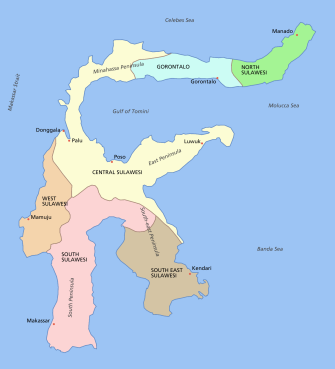 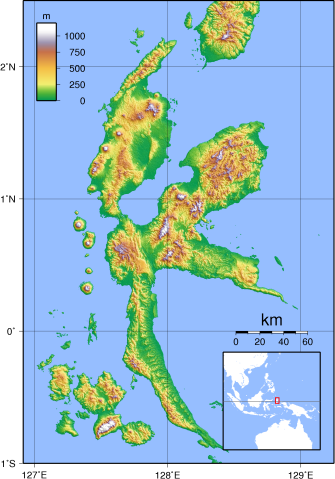 Lastly, but not leastly, Harry Hook has not only spotted a few similarities, but overlaid the maps to prove his points.

Not only are Montenegro and Kosovo both former parts of Yugoslavia and direct neighbours, they also share a more than passing resemblance – a tilted, rough-edged square balancing, flamingo-like, on a southern protrusion.

Mr. Hook even spotted a geopolitical triplet, separated at birth: Luxembourg, Liechtenstein and Barbados all vaguely look like triangles, with a broad base in the south, tapering into a northern tip.

But the real shocker – tongue firmly in cheek – is the overlay of Wyoming and Colorado, perhaps cartography’s only identical twin. Mr. Hook includes a few Wows, perhaps in reference to that more famous, but equally inconsequential ‘discovery’. 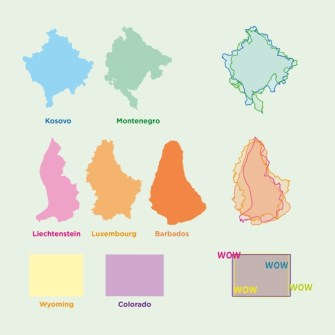 “Just glanging at my globe just now made me see another one: Mali and Niger”, Mr. Hook continues. “But you could probably include Zambia in that one too…”

Ladies and gentlemen, to your atlases!

Reader Ari Shagal found “a remarkable pair of geographic ‘twins’ – Tanzania and Wisconsin! While I am well aware of their significant difference in size, their shapes are eerily similar, a fact made all the more interesting due to the fact that most of their borders are formed by bodies of water”.

Indeed – and looking for a map of both put together produces more than we bargained for: a map not just of the Tanzania-Wisconsin double act, but also showing three further geographic twins, separated at birth: Lake Michigan and Sweden, the Hawaiian island of Lanai and South Carolina, and California and British Columbia. 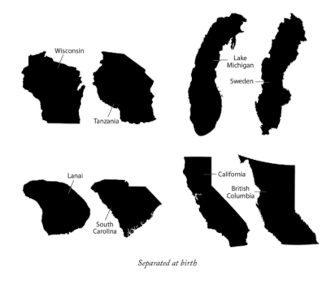 Canadian researchers have identified the part of the brain that links motor learning with the need for a full night’s sleep. This is why dancers, actors, and musicians are at their best at full rest.