These postcards of two oceans kissing were popular at the time of the opening of the Panama Canal, in 1914. The completion of that waterway was a huge achievement, and a costly undertaking in both lives lost and money spent. As an engineering feat, it still rates as one of the wonders of the modern world. 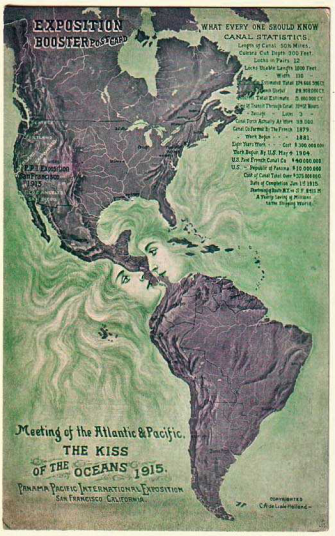 As early as 1534, king Charles V of Spain suggested a canal in Panama across the Central American isthmus. Even with the primitive state of cartography of the day, it wasn’t hard to see how such a canal would facilitate trade and travel by eliminating the lengthy, dangerous shipping route rounding Cape Horn.

One of the last acts of the independent Kingdom of Scotland was the ill-fated Darien Scheme, an attempt at setting up a colony on the isthmus, that would live off the overland trade route between Panama’s Pacific and Atlantic shores. Thousands died and the scheme’s collapse in 1700 is thought to have contributed to the Act of Union (1707), establishing the United Kingdom. 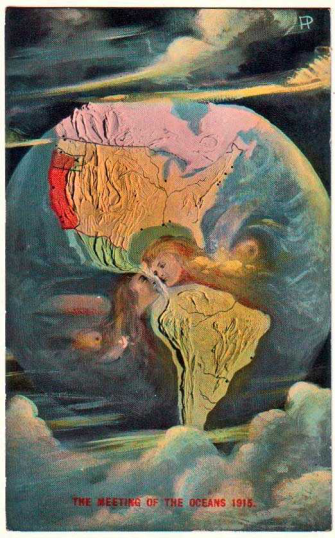 The Panama Railway, opened in 1855, was a more successful reprise of the same idea, and eventually led to the creation of the Panama Canal. The initially French scheme, headed by Ferdinand de Lesseps (of later Suez Canal fame – see also #617) was quite literally plagued by malaria and yellow fever, to such an extent that it was abandoned in 1893, after 13 arduous, lethal years. Some 22.000 workers had died.

The US undertook a second, more successful attempt at canal-digging from 1904 to 1914, completing the canal two years ahead of schedule and at a greatly smaller cost in human lives (‘only’ 5.600 died). The US retained sovereignty and control of the Panama Canal Zone – incidentally, Guantanamo Bay was ‘leased in perpetuity’ from Cuba to protect the trade routes to and from the Canal. By a 1977 treaty with the US, Panama gained control over the Canal Zone on New Year’s Eve, 1999. 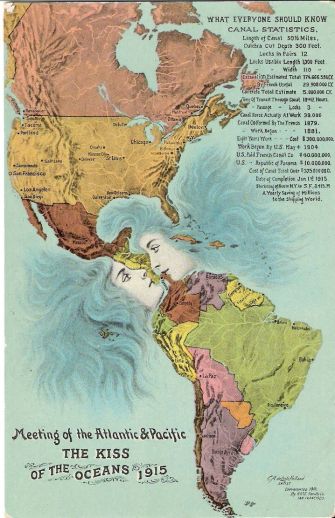 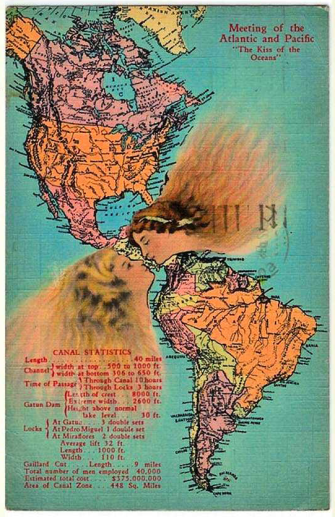 Only 80 years ago, the world was a very different place