An interesting look at the religions and language groups that are elements of division (and union) in Europe. The mapmaker wanted to make a point by indicating three ‘core areas’ where a certain language group and religion overlap – resulting in an area that is Germanic+Protestant, another one that’s Slavic+Orthodox and one that is Romance+Catholic. I’m not sure which point… 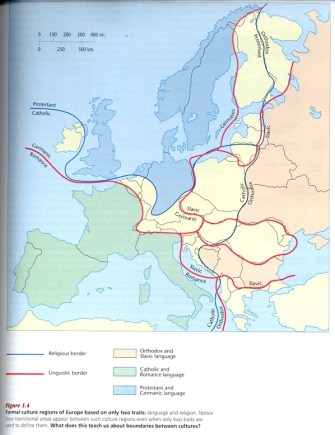