Your Facebook news feed is about to undergo a massive change

The social media behemoth wants you to use their platform less, not more, than before. 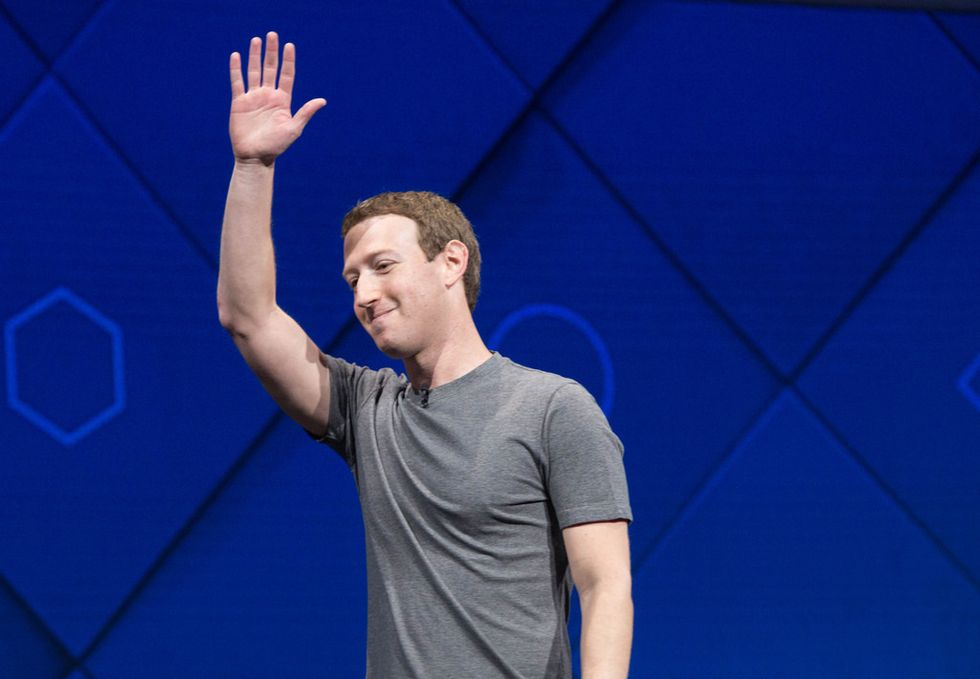 There’s a good chance you accessed this article from Facebook.

The social media giant has, after all, made it easier than ever for companies to bring their content to users’ news feeds. It’s revolutionized the way media create, package, and publish articles and videos. It’s also allowed for the flourishing of massive amounts of “junk food” content, as The New York Times called it. (Think “prank” videos, actual fake news, and relentless legions of meme pages.)

But all of that could change soon. On January 11, Mark Zuckerberg published a statement on his Facebook page that outlines upcoming tweaks to the website’s algorithms. Basically, you can expect your feed to begin showing you less news and promotional content, and more posts from friends and family. It’s a decision based on research into the effects social media has on well-being, Zuckerberg said:

“We feel a responsibility to make sure our services aren’t just fun to use, but also good for people's well-being. So we've studied this trend carefully by looking at the academic research and doing our own research with leading experts at universities.

The research shows that when we use social media to connect with people we care about, it can be good for our well-being. We can feel more connected and less lonely, and that correlates with long term measures of happiness and health. On the other hand, passively reading articles or watching videos -- even if they're entertaining or informative -- may not be as good.”

It’s not the first time the company has addressed the adverse effects of social media use. In December 2017, Facebook issued a blog post outlining the pros and cons of using social media. On the positive side, the post said that interacting with close friends and family—reminiscing on past events, sharing photos, catching up with people—“brings us joy and strengthens our sense of community.”

On the negative, it highlighted research that suggests even small amounts of Facebook use can worsen users’ mood and mental health, and lead to unhealthy social comparison. Other research suggests that social media use can reduce face-to-face interaction, contribute to a sedentary lifestyle, and reduce investment in meaningful activities.

Facebook’s December blog post came just days after ex-Facebook executive Chamath Palihapitiya told CNBC that Facebook was starting to “erode the social fabric of how society works.” Palihapitiya’s main arguments were that Facebook is creating a society that confuses truth with popularity—basically, whichever ideological message has more money behind it wins. He also criticized the company for intentionally causing users to become addicted to its platform by providing a never-ending loop of social feedback.

“That feedback, chemically speaking, is the release of dopamine in your brain,” Palihapitiya said. “I think if you get too desensitized and you need it over and over and over again, then you become actually detached from the world in which you live.”

Tristan Harris, an entrepreneur and computer scientist, echoed a similar sentiment in an interview with Big Think: “...We find ourselves in this kind of wormhole and then we say, ‘Oh man, like, I should really have more self-control.’ And that's partially true, but what we forget when we talk about it that way is that there's a thousand engineers on the other side of the screen whose job it was to get my finger to do that the next time. And there's this whole playbook of techniques that they use to get us to keep using the software more.”

Sean Parker, an early Facebook investor and the founder of Napster, said Facebook was designed to be addictive from the start.

“The inventors, creators—it's me, it's Mark [Zuckerberg], it's Kevin Systrom on Instagram, it's all of these people—understood this consciously,” Parker said at an Axios event. “And we did it anyway.”

Facebook’s stock dropped about 4 percent the day after the announcement. Still, some analysts feel it will prove to be a smart move in the big picture.

“We see this as the right long-term decision for the platform and, over the near-term, doubt that this will have a material impact on revenue,” said Samuel Kemp, senior Internet research analyst at asset management firm Piper Jaffray, to CNBC.

In an interview with The New York Times, Zuckerberg said that Facebook and its users will likely benefit in the long run—even if some users start looking elsewhere for viral content.

Despite the changes, users will still be able to customize the kinds of content that appear in their news feed. But left to default settings, posts from friends and family will rise to the top. A video published by Facebook explains how the new algorithms will prioritize content.