A recent DNA analysis shows that a skeleton found in a famous Viking grace belonged to a female warrior. 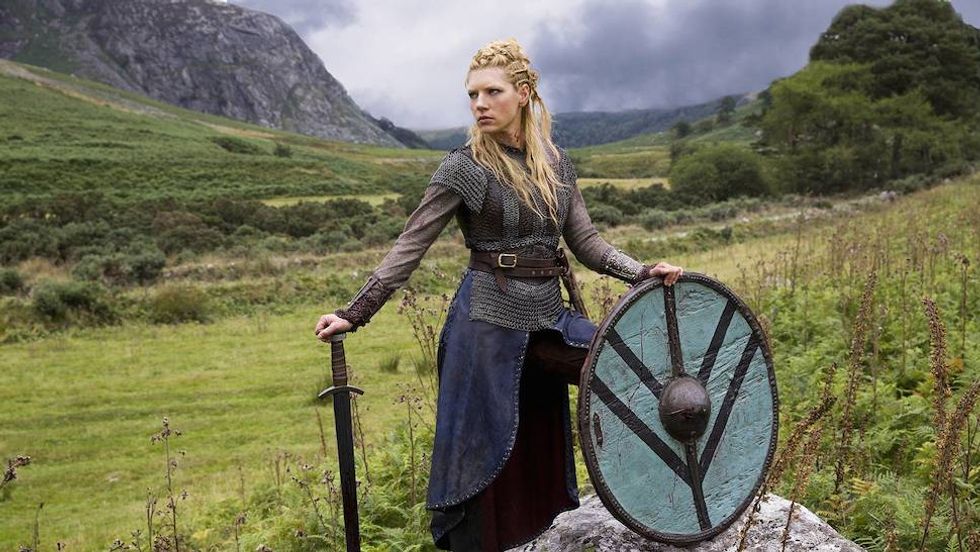 The site of Birka, a Viking-era city whose remains lie about 20 miles east of Stockholm, has long been a treasure trove for scholars and archaeologists. Buried here are more than 3,000 Viking graves, all under what was once a central outpost in a complex trading network built during the Early Middle Ages. In the 10th century, for reasons researchers don't fully understand, it was abandoned

Nearly a millennium later, archaeologists unearthed, as one put it, the “ultimate Viking grave.” It contained the remains of a person buried alongside a sword, an axe, a spear, arrows, a knife, and shields, along with two horses, a mare, and a stallion. The skeleton held a board game, which were used then for devising military strategies. This person, by all accounts, had been a military officer.

Scholars have long assumed this Viking officer had been male. However, a new paper published in the American Journal of Physical Anthropology proposes convincing DNA evidence that this famed Viking skeleton was, in fact, a woman.

The skeleton had fascinated Anna Kjellström, an osteologist at Stockholm University and coauthor of the paper, when she studied it a few years ago for another project, according to The Local. She noticed its slim cheekbones, feminine hips. It seemed female.

Map showing location of Birka and the grave site

In order to conclusively determine the sex of the warrior, the researchers tested the nuclear DNA of a tooth root and arm bone from the skeleton. The results? Two X chromosomes, zero Y chromosomes.

So, the deceased was clearly female. But why do the researchers think she was a warrior and not, say, the wife of a warrior or simply a woman from high-ranking family? After all, the researchers note that Viking women buried alongside weapons have been discovered before.

It comes down to the board game, which she was clutching in her final resting position.

“The gaming set indicates that she was an officer, someone who worked with tactics and strategy and could lead troops in battle. What we have studied was not a Valkyrie from the sagas but a real life military leader, that happens to have been a woman,” said Hedenstierna-Jonson.

Hedenstierna-Jonson elaborated in an interview with The Local:

“You can’t reach such a high (military) position without having warrior experience, so it’s reasonable to believe that she took part in battles.

It was probably quite unusual (for a woman to be a military leader), but in this case, it probably had more to do with her role in society and the family she was from, and that carrying more importance than her gender.”

The researchers don't believe their findings will revolutionize the way scholars conceptualize Viking military history. However, the paper raises new questions about the exact role of women in Viking society, and casts some doubt on previously unearthed Viking remains that were assumed to be male.

The paper concludes with a fitting war poem:

Then the high-born lady saw them play the wounding
game,
she resolved on a hard course and flung off her cloak;
she took a naked sword and fought for her kinsmen's lives
she was handy at fighting, wherever she aimed her blows
— The Greenlandic Poem of Atli