Acetaminophen, the most common drug ingredient in the United States, found in over 600 medicines like Tylenol, has been found to reduce empathy in those who take it. According to a new study, the painkiller reduces the ability to relate to the physical and social pains experienced by others.

“We don’t know why acetaminophen is having these effects, but it is concerning,” said Baldwin Way, the study’s senior co-author. “Empathy is important. If you are having an argument with your spouse and you just took acetaminophen, this research suggests you might be less understanding of what you did to hurt your spouse’s feelings.”

Indeed, the drug is used every week by about 23% of Americans (which is about 52 million people). That’s a lot of folks just in one country who might not care as much about the suffering of fellow human beings.

An earlier study by the same team also found that acetaminophen blunts positive feelings, like joy.

The experiments, carried out by the researchers from Ohio State University, involved 80 college students, who were split into two groups. One group took 1,000 mg of acetaminophen, while the other was given a placebo. After the drug took effect, participants had to read about 8 situations in which someone suffered some kind of pain. These included a scenario about the death of someone’s father or another story about someone getting a deep knife cut.

Participants rated the pain the people described were undergoing on a scale of 1 (no pain) to 5 (worst pain), and also rated how those people felt about the pain. The students who took the drug rated pains lower than those who didn’t. 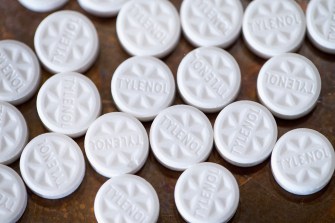 Another part of the experiment involved meeting specific people and then watching situations where these people were socially ostracized. The people who took acetaminophen rated the hurt feelings of the ostracized students to be not as severe as the participants who took the placebo.

“In this case, the participants had the chance to empathize with the suffering of someone who they thought was going through a socially painful experience,” explained Way. “Still, those who took acetaminophen showed a reduction in empathy. They weren’t as concerned about the rejected person’s hurt feelings.”

Interestingly, this new study correlated to a 2004 study, which scanned the brains of people experiencing pain as well as when they were thinking about other people feeling similar pain.  The results showed activation of the same part of the brain. This might explain why using acetaminophen might reduce the ability to feel the pain of others.

Next, the researchers are turning their attention to Ibuprofen to see if they can make similar findings.

A female boar’s intelligence, resolve, and empathy stun researchers.
Your Brain on Money

Why “survival of the fittest” is wrong

He’s studied apes for 50 years – here’s what most people get wrong.
▸
6 min
—
with
Frans de Waal
Up Next
Starts With A Bang

How do we know the distance to the stars?

The Milky Way as seen at La Silla Observatory. Image credit: ESO / Håkon Dahle.Everything depends on it, and yet we don’t know it as well as we’d like!“Exploration is in our […]