In 2017, 40 percent of entrepreneurs were female, representing a 58 percent uptick in female-owned businesses from a decade prior. Fifty-six percent of college students are female, a complete reversal from fifty years prior, when 58 percent of men filled university halls. Yet in 2017, only 2.2 percent of venture capital (VC) money went to women-founded companies. Society has changed, yet the worlds of start-ups and venture capital are still predominantly run by white men.

Big Think was founded in 2007 by Victoria Montgomery Brown and Peter Hopkins. As with many start-ups, the fundraising process provides quite a story, one that Brown has now decided to tell. Her forthcoming book, Digital Goddess: The Unfiltered Lessons of a Female Entrepreneur (HarperCollins Leadership), reveals how this website came to be—and how women can overcome barriers in a male-dominated business world.

Below are six lessons from Brown’s chapter on raising capital when you have no money or product. Brown writes that there are essential qualities for starting a business that help you navigate the terrain, such as a having a strong vision and maintaining unflinching tenacity. While some of these came naturally to Brown, others were hard-fought lessons that changed her for the better. The chapter—and the book—is a reminder that with perseverance and dedication to learning, anything is possible.

Use whatever will get you in the door

The greatest challenge every start-up faces is “first money in.” Many investors are willing to back a good idea only when someone else has already committed—and they like to know who that someone else is.

In some ways, being a female founder has its advantages. As Brown writes, a Boston Consulting Group study shows that female-run start-ups outperform male-run start-ups, generating 78 cents in revenue per dollar invested compared to men at 31 cents. That’s solid data, but you still need to get in the door.

Brown leaned heavily on her master’s degree from Harvard Business School. This helped tremendously for her first investor meeting with Founder Collective co-founder David Frankel. He was enthusiastic, but he wanted to know who else was interested. Brown turned to former Harvard University president, Larry Summers. His buy-in increased Frankel’s interest; he became the lead investor.

Meeting with such heavyweights is no easy matter for entrepreneurs with no product or history in founding a company. As Brown writes, “Study after study confirms that people tend to equate confidence with competence.” Presenting Big Think confidently made the impression needed to secure funding.

With two investors in, landing Nantucket Nectars founder Tom Scott and billionaire entrepreneur Peter Thiel was not as challenging as one might assume. Brown writes, “Getting the first investor feels impossible, but if you can pull it off, getting the second is sometimes surprisingly easy.”

This is one of the hardest aspects of being an entrepreneur. Not only do founders not have the capital needed to launch their company, they sometimes work for years without paying themselves. If investors are going to put money into your project, they have to know you’re serious about success.

“People don’t like to fund things if the entrepreneur and CEO don’t have their entire skin in the game. You better have something big to lose, or how are people going to believe you are all in?”

With no income or savings, Brown quit her day job in order to devote her every waking hour to Big Think. Self-imposed deadlines made sure she hit her targets. Founding a company isn’t comfortable; waiting for relief will only distract you from the work that needs to get done.

“If you truly want to start something—whatever it may be—waiting won’t help…put yourself in a position where you must do it.”

If you’re trying to convince investors to believe in you—and it is you that they’re investing in, more than your product—show them traction, even when you don’t have it. Go out and make it happen.

“Our investors needed to be intrigued by the idea and see its potential to succeed and to scale, but they also needed to see that I was actually in a place of discomfort if it didn’t work out.”

Securing funding before showing a minimal viable product (MVP) is no easy task. Brown knew that she had to show something. Big Think started as a video platform; she needed experts to appear on video. Through their networks, Brown and Hopkins contacted Richard Branson, Moby, the Buddhist scholar Robert Thurman, and famed architect Lee Mindel. They wanted them to be anchors.

Convincing high-profile business leaders, artists, and academics to partake in a new project is as daunting as landing VCs. When these figures inevitably asked about precedent for such an initiative, Brown turned a potential negative into a positive. “No one. We are reaching out to a very select, initial group of experts to kick-start it.”

Making people feel critical to a project’s success is a powerful way to get their endorsement, Brown writes. More importantly, it worked. A risky play between content generators and financial backers worked out. Big Think had momentum.

As mentioned, investors are often more interested you than your product. As Brown writes, fundraising is “about creating a situation where investors get a real glimpse of who you are and why they should invest in you.”

It’s not a one-way street. You should also be interested in them.

“Be truly interested in the person you are meeting or don’t bother meeting.”

Brown advises looking beyond LinkedIn profiles and superficial bullet points. Investigate their interests, such as their passions and philanthropic pursuits. Understand why they might be interested in your venture and where it intersects with their business. Discuss topics outside of the investment opportunity. Engage them as people, not bank accounts.

“Helping others feel attractive and special—not in a sexual way but in a human way—helps them see you as a more attractive person, too. But you have to mean it.”

The discomfort of being a founder includes stretching your boundaries. PayPal famously iterated numerous times before finding success. Flexibility is key if you want to survive. Sometimes that means admitting your limitations.

Finding the right people is one aspect of saying yes. By admitting your limitations, you say yes to help. But there’s also saying yes to projects you’re not entirely capable of pulling off.

After scoring a sponsorship with Pfizer, the second Big Think project was with MSNBC. The media company had a deal to provide expert-driven content with GE and SAP. They just didn’t have a team to produce it. Being nimble, Big Think could turn it around quickly.

“Smaller companies with greater agility can take advantage of this situation if they just have the courage to step up and offer.”

Instead of focusing on the negatives, such as not having a website or even equipment, Brown and Hopkins saw the opportunity. They said yes, and completed the project without a hitch, because they had the foresight to say yes.

Learn to say no

Not everything demands a yes, however. Discernment matters in the frenetic world of start-ups.

There are investors, there are people that connect you with investors, and there are charlatans. As the latter often suck up oxygen in any room they enter, it’s easy to confuse bluster with their capabilities.

And so we meet “Jake,” who in the early days of Big Think promised a lot, demanded more, and delivered nothing.

“He hadn’t brought us any investors, he hadn’t booked any experts, he hadn’t helped us put together the deck, so what were we doing spending time with him? He felt sort of sleazy, like a smooth talker but not a doer.”

Brown told Jake he was not getting equity without deliverables during their final meeting. This news did not go over well. Jake yelled and stormed out. Such momentary discomfort is a low price for not giving up even a piece of your business. Calling our charlatans demands that you say no. Thankfully, for the future of Big Think, one bad evening paid off in the long run. 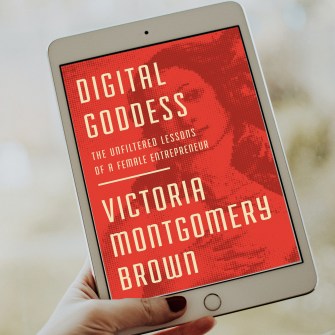 Get the free download: 7 Things You Need to Sort Out Before Starting a Business

You want your baby’s name to be unique, but so does everyone else.
Neuropsych

Why a good sense of humor is an essential life skill

From health to leadership abilities, a good sense of humor can help improve many aspects of life.
Neuropsych

When your passion becomes your day job, sometimes the day job becomes a chore.
The Learning Curve

Malevolent creativity: How human nature blinds us from novel threats

When you don’t know what you’re looking for, it’s easier to miss it.
Up Next
Health

This is what happens when the fringe becomes mainstream.