Is asexuality psychological or biological?

Or is "the hidden orientation" more complex than that?

The research on asexuality is just beginning...

Photo by shaneinsweden on Shutterstock

Photo by Luke Ellis-Craven on Unsplash

The concept of sexual orientation has long since been a topic of heated discussion and debate, perhaps because sexuality as a whole is such a complex and oftentimes fluid part of the human experience.

The simplest explanation that research has given to define asexuality is this: Asexuality can be defined as a lack of sexual attraction to others and/or the lack of interest in sex. Individuals who identify as asexual also sometimes refer to themselves as "ace" (or "aces") for short.

Where does the term "asexuality" come from?

If you were to look at the word "asexual" from an English literature point of view, it could quite literally be translated as "not sexual." Adding the prefix "a-" to a word simply means "not" or "without."

While this wasn't the first time the term "asexual" was used, this was the beginning of understanding individuals who don't feel sexual desire towards other people. The first large publication that referenced "asexuals" was in 1972 when author Lisa Orlando published "The Asexual Manifesto" and described it as being "not the last word on asexuality, but only the beginning."

While this publication was hard to find prior to 2019, there has since been an online document with the publication of this book which was uploaded (with the author's permission) by the Atlanta Lesbian Feminist Alliance.

There is a lot of variation when it comes to asexuality: while some asexual people might experience a very real romantic connection in their relationships, some others may not. If you identify as someone who is without romantic attachment to others, this is defined as being aromantic.

Some asexual people can see a physical attraction to another person but simply don't make the connection between physical attraction and sexual desire. People who identify as "grey" oftentimes go between being aromantic and romantic, depending on the situation and the person they are with, and other asexuals are able to develop a romantic attachment to a partner after developing an emotional connection.

According to The Trevor Project, a nationwide initiative that is dedicated to providing support and awareness to LGBTQ+ youth, one of the most agreed upon things in the asexual community is that "love does not equal sex."

In 2001, the Asexual Visibility and Education Network (AVEN) was created by David Jay - this was the first place that gave a proper "definition" to the term asexuality by asking for emails from asexual people. The site is now a network that's dedicated to supporting the asexual community and spreading knowledge and education to those who are interested in learning more about it.

The research on asexuality is just beginning...

Is sexual orientation psychological, biological...or both?

The word "sex" describes the means you have for biological reproduction - the sex organs you have (or don't have) define you as either male or female. "Gender" on the other hand, describes a psychological identity. Both sex and gender are important parts of a person's identity but they don't tell us everything we need to know about our sexual orientation...that is something far more complex.

Research studies have shown that there are structural differences in the hypothalamus that relate to our sexual identities. The hypothalamus is the part of the brain that links the nervous system to the endocrine system, which is responsible for sexual development and function, among other things.

Asexuality is a recognized sexual orientation that is separate from celibacy and/or abstinence because asexuality is a spectrum with a lot of diversity. Where celibacy or abstinence are typically choices that are made because of certain behaviors or are motivated by a person's spiritual/religious beliefs, being asexual is, as many people claim, just who they are.

According to Brock University Professor Anthony Bogaert (the author of Understanding Asexuality), "the study of asexuality, as it contrasts so clearly with sexuality, also holds up a lens and reveals clues to the mystery of sexuality."

In fact, in 2004, Bogaert was one of the first scholars to conduct a study that exclusively focused on asexuality - he analyzed a previous study on sexuality (which garnered responses of 18,000 UK citizens). During his analysis, he found that 1% of the people in the study agreed with the statement "I have never felt sexually attracted to anyone at all." 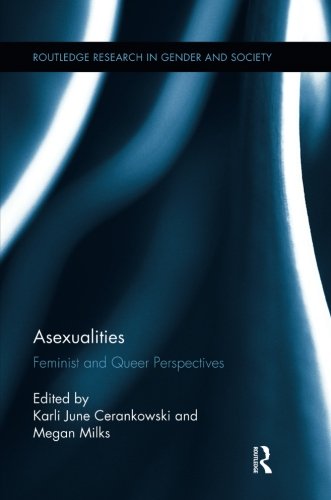 Many people believe that true research into asexuality is just beginning and that the people who are best qualified to lead the way are people like Stanford scholar Karli Cerankowski, who made headlines with her dissertation about the ways in which sexuality is misunderstood from pop culture to historical references.

"Only the human mind invents categories and tries to force facts into separated pigeon-holes. The living world is a continuum in each and every one of its aspects. The sooner we learn this (concerning sexual behaviors), the sooner we shall reach a sound understanding of the realities of sex" - Kinsey, Pomeroy, and Martin

While the fluidity of sexuality is something that hasn't been well researched so far, studies show that young people are recognizing their sexual orientation earlier than generations before them - making the discussion (and research) of different sexualities more important than ever before.