Marriage and Reading as Elite Customs 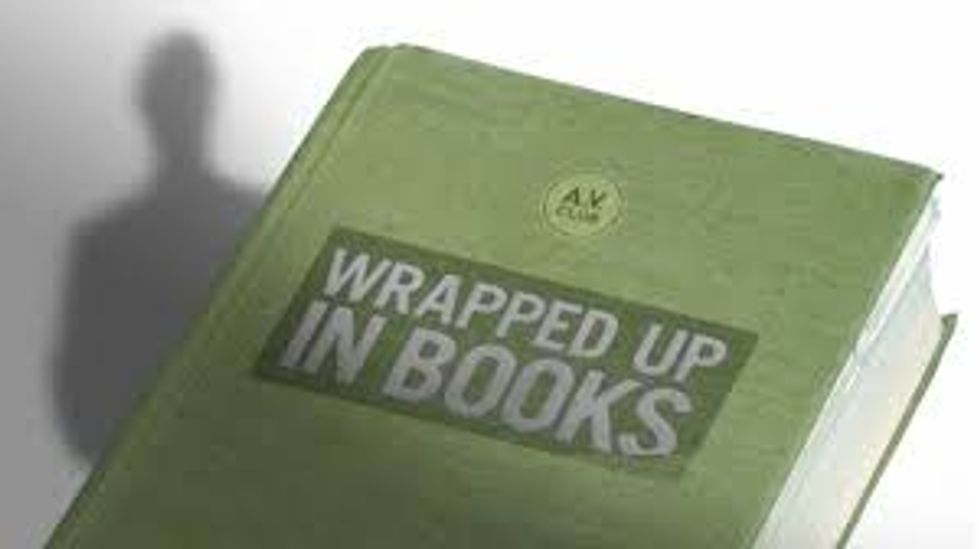 One thing that distinguishes us conservatives from libertarians is that we’re actually worried about growing inequality in America. We’re not that obsessed by the bare fact of economic inequality, but we are concerned about decreasing mobility. And we’re particularly concerned about the breakdown of what can loosely be called our common middle-class culture. As wealthy and sophisticated Americans show signs of becoming a kind of self-perpetuating “cognitive elite,” the lives of members of the lower part of our middle class become increasingly difficult or even pathological.

BIG THINKER Pamela Haag very incisively described fifteen purported human goods Americans used to share in common that are now becoming “elite customs.” They're obviously not all equally good, and one or two, in my view, aren't good at all. Let me reflect on the two that seem to me most fundamental—marriage and books. It’s surely true that a worthwhile human life is constituted by meaningful work and personal love. Love, of course, is most often and reliably found within marriage and the family, and certainly it’s within a stable family that we find the surest sources of personal security and personal significance.

To work and love, of course, we should add leisure. And leisure, at its heights, is about enjoyably discovering who we are and what we’re supposed to do through by arousing our minds and hearts—our thoughts and imaginations—through reading. Well, maybe not only reading. But it has been through books that Americans have been infused with what loosely can be called a “common culture,” a common way of experiencing our world and our place in it. We can at least say that one sign of personal impoverishment is the inability to experience the emotional—even erotic—elevation that comes through reading “real books” in our free time.

What we can say of a man who’s never known marriage (or a good woman) or a good book?

MARRIAGE: Americans across the board used to be big on both getting married and marital fidelity. Not only that, it wasn’t uncommon to marry outside of one’s “social class.” The rich kid in a small town went to the public school and met  girls from all over town. And he could generally marry the girl with whom he happened to fall in love. You would think that our sophisticates—influenced by feminism, the Sixties, and all that—would think and act as beings who’ve transcended through their enlightenment the confines of monogamy. Sometimes they actually do talk that way, but increasingly they aren’t acting that way. Stable marriages with children are once again the norm, and divorce rates are in decline. Meanwhile, more ordinary Americans typically still talk “traditional values,” but they increasingly lack what it takes—both economically and culturally—to practice them.  So broken families, single moms, and all that are increasingly the norm.

Not only that, it’s easy to see the “powerful trend” of “assortative mating.” Like are marrying like. Our cognitive elite is living both geographically and emotionally detached from more ordinary Americans. Its kids are attending schools full of kids like themselves. Despite all our elite talk about “diversity,” that tendency persists from kindergarten to law school. Our schools across the board are more stratified by I.Q. and parental privilege.

It’s very possible to exaggerate even powerful mating trends, but they can’t be good for equality of opportunity for all our kids.

BOOKS: Americans of all incomes used to regularly go to libraries, and kids read plenty of books in public schools. Another great leveler in our cities, of course, was the fine inter-class education available to Catholic kids in the virtually free parochial schools. Now the habit of going to the libraries (where books can be borrowed for free) has almost disappeared. Wealthy and sophisticated kids have plenty of books at home. Their parents buy them in bookstores but especially online. Their parents also have the time and inclination to read to them. But that time disappears when families are broken or when both parents are stuck with tough jobs. And as the bottom part of our middle class continues to get detached from institutional religion—from churches, reading the Bible and related books also withers away. (It’s important to add when that detachment doesn’t occur, neglected but important counter-trends develop, such as home schooling, which is typically very bookish.)

American kids, more than ever, are stratified into those who read—those who have regular access to books, and those who don’t. I’m not talking here about basic literacy, but being open to the human good that is the enjoyment of literature. I could go on to explain that it’s the capacity to enjoy and really see what’s  going on when words are deployed well that’s a virtually indispensable prerequisite for any position of leadership. But I want my main takeaway to be that reading is indispensable for beings with souls.

Our wealthy and sophisticated kids go to schools where books are still taken seriously (and sometimes very seriously), if only as the only way to become academically accomplished enough to be admitted to an elite college. Meanwhile, in ordinary or worse public schools—especially in our secondary schools—“real” books have been slowly disappearing. And the new Common Core Standards seem to be somewhat about taking out what books are left. Fiction is to be mostly replaced by informational nonfiction, and apparently even To Kill a Mockingbird may not have much of an educational future.

If anyone were serious about reinvigorating the public schools as the great American vehicle of equality of opportunity, there would be more attention to having kids read “real books”—great literature—than ever. Liberally educated teachers would lovingly read Mark Twain or even Harry Potter aloud to our little children, to compensate for what they’re not getting at home. And lots of classroom time would be given over to children reading to each other. Kids would really be held accountable for what and how well they've read in grade after grade. I'm not denying for a moment that we can find this kind of attention in some of our very non-elite schools, and sometimes in surprising places. But if we're going to having national standards, nothing should be more important.

The same compensatory bookishness should animate our nonselective colleges. But they, instead, follow the lead of the public schools and their educational experts by being about acquiring skills and competencies while bypassing the “content” found in this or that real book.

You’d wish the impulse behind developing a Common Core would be giving all American citizens access to the same intellectual and imaginative “content.” And my job would be a heck of a lot easier if all students came to college having read many of the same “real” books (and for that matter seen the same classic films).

For now, I can still rely on To Kill a Mockingbird, if not much else. That’s not quite true.  Because I teach kids who’ve mostly been to Sunday School (which in much of the South is much more serious and bookish than public school), I can still rely somewhat on their Biblical literacy—or, more precisely, their love of or at least respect for one good book.