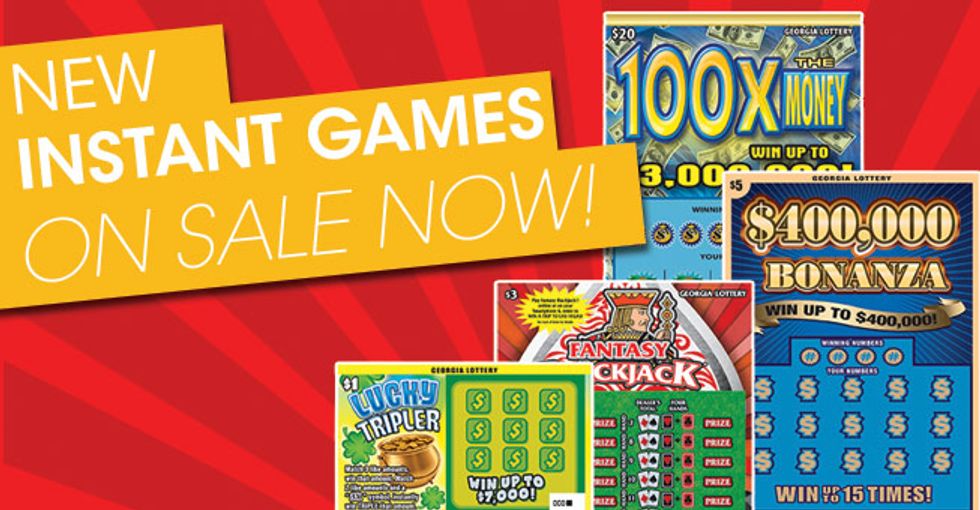 So Joe Carter, a particularly able blogger, mocks the indignation of the North Carolina legislators who want to keep people on welfare from being able to play the state-run lottery.

There is, first of all, the problem of enforcement.  How can the convenience store clerk really know who's on welfare?  Lots of folks—beginning with my wife—complain that I sometimes dress like I am.  Other people may be poor but they're so proud that you'd never know it.

Nudge libertarians, among others, must be aware that having the state involved in gambling encourages bad or at least stupid behavior among the poor and the desperate.  A lottery ticket is a very bad investment, worse even that slipping a quarter is a slot machine or trusting a hedge fund guy.

The desperate buy lottery tickets because they think they can't figure any other way out.  They might hit a jackpot, and then their problems, they imagine, will be solved.  So everyone in the rural South has seen poor people (who may or may not be on welfare) compuslively buy lottery tickets even at the cost of denying the kids a snack.

Studies show there's a strong correlation between being poor and playing the lottery big. Prosperous and educated people—sensible folks like you and me—don't play the lottery much at all.  Well, I do give lottery tickets as joke Christmas presents.

Given that it's a sad fact of human nature that the people who can least afford it will waste disproportionate amounts of money on a government-sponsored game of chance with the odds rigged against them, Joe recommends that people on welfare just be given lottery tickets—maybe $50 worth a month.  That way they'll be less likely to waste the money they've received from the taxpayers.  AND on occasion one of them will win some big money and be off the dole, at least for a whle.

For Joe, the obvious fact is that any legislators genuinely attuned to the plight of the poor and desperate would fight hard against any and all government-run lotteries.  They are, in effect, pretty much the most regressive taxes imaginable, even worse than the noxious self-employment tax.

In Georgia, the lottery money is used to let students go to state colleges free or almost free.  All you need is a B average.  How many of the poor and desperate lottery players are getting the benefit of that quasi-entitlement?  Not many.  So the lottery redistributes revenue from the poor to mostly middle-class kids who can and should be able to come up with the reasonable tuition on their own.  In Georgia, you only qualify for the lottery money if you don't qualify for the Pell Grant program, which makes it even much less likely that the genuinely needy will receive any of the money that's mostly been suckered away from the genuinely needy.

I've mentioned these facts to local libertarians more than once.  Their response: Nobody has to play the lottery, and we have to honor the free choices people make.  That's because they're not nudge libertarians, I guess.

If people in Georgia or North Carolina or any other state thinks it's important that kids go to college free of charge, then they should just pay for the program out of general tax revenue.

Democratic life is already a kind of wheel of fortune. There's no need for government to add to the perception that there's not much connection between personal responsibility and moral virtue and success in life.

But my state—Georgia—shamelessly floods the media with commercials designed to fill  the imaginations of people so easily seduced by get-rich-quick schemes.