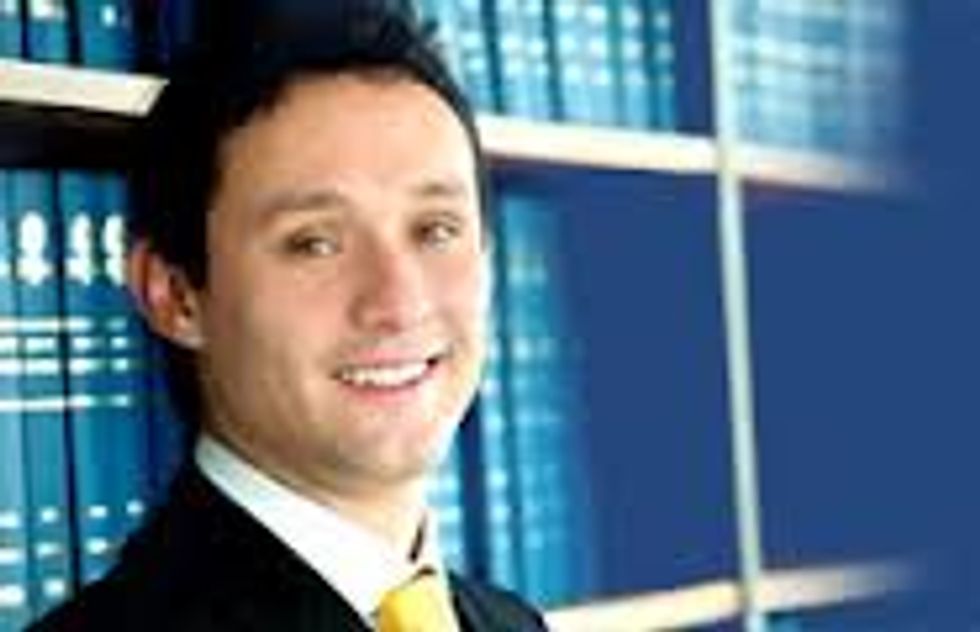 One of our country's most able and prolific bloggers, Walter Russell Mead, reports that the idea of being able to sit for the bar after just two years of law school is starting to catch on.

Law school has, over the years, been quite the opposite of an educational bargain.  Universities have shamelessly bragged that they've redistributed the "profit" made by law schools to other parts of the university.  And if you want to find genuinely overpaid and underworked professors, look to our law schools.

Law schools, of course, have been very short on financial aid of any kind, but they've been very easygoing in letting any and all students borrow the whole amount of the cost, including living expenses.  So six-figure debt is common.  Nobody has cared all that much as long as the market for new lawyers was strong.  A six-figure debt was thought to be the ticket to a six-figure job.

But those days are over.  The demand for lawyers is way off.  Compensation has plummeted. Job security is getting close to nonexistent for new attorneys, and most of them, by the standards of even the recent past, are very unemployed.  So many law-school grads ferociously regret the burden of their seemingly endless loan payments that are bigger than their rents.

The word is out.  Only a fool or an invincible optimist or a person of formidable means would pay retail for law school these days.  The bubble is bursting big-time.  So law schools are giving a lot more financial aid, including discounts they call scholarships.

But why not just lop a year off the degree program? The third year of law school, as Mead reports, is regarded as useful but not necessary.  The courses tend to be mostly electives, with considerable indulgence in the direction of "legal history" and "legal theory" and other specialized interests that seem like overpriced luxuries these days.  Law firms report that most of the training on how actually to practice law occurs on the job anyway, and it might be in their interest to have an excuse to hire newbies at even lower rates than they're now offering.

What about passing the bar?  It seems that law students don't learn all that much in law school useful for doing THAT.  That's why they usually have to pay a considerable sum to take a separate course to be ready. And the bar is all about a kind of a mastery of the basics in a variety of areas, and the rate of passing might even go up if it were taken right after completing the basic courses.

There are, of course, justified concerns about diluting the quality of the law degree.  But the "value" of the degree has been radically reduced by the market, and so some sacrifice in excellence seems inevitable to bring down the price to something near what the thing is really worth as a marketable credential.

Russell wonders whether the same principle of reducing the time required to get a degree as a means of cost control can be applied across the board:

The reason American higher education drags on for so long at such a high cost is partly because American secondary education is such a disaster: low expectations, weak curricula, and all around mediocrity are the ways of most American high schools. A more aggressive approach to secondary education, with more “early college” programs in which high school juniors would earn college credit and finish their BAs two years early would make the whole system much less cumbersome and expensive. That system, plus a two-year law program, would get students into the legal profession at the same age they now finish the BA. These same reforms could be carried out in dozens of other professional and vocational training programs.

I doubt that we have some program for general reform of American education here.  But there's a lot of advice for parents of modest or just normal means and smart kids.

Get them taking college courses in high school.  I don't mean lame AP courses, which are of very uneven quality.  Get your kid released from some high school requirements to take courses at a local college. Or home-school your kid quickly through high school, get him or her over to a local community college at 16, and then on to a good four-year college at 18 with the four years there cut to two.  If the local high school has a warehouse environment, "low expectations," and "weak curricula," you might just have your kid take the GED and on to college at 16 that way.

The first couple of years of most American colleges (those which are nonselective in admissions) are in many ways designed, as Russell says, to remedy the deficiencies of our high schools.  That means your kid doesn't need four years of high school to be ready for many or most colleges. Take advantage of that fact.

And then after two years at a "real college" and two years of law school, you can be the proud parent of 22-year-old lawyer.  No extended adolescence for him or her!  Or if he is she is more nerdy, it's reasonable to expect a Ph.D at 24, especially if our graduate schools follow the example of at least some of our professional ones in pruning their useful-but-not-necessary requirements.