RAID is a type of data storage technology that allows computer administrators to utilize several physical disk drives simultaneously. These can be either hard disc drives or the newer solid-state drives. If you have multiple storage drives linked together, it increases the overall storage capacity of your computer system.

Another benefit of a RAID configuration is that data does not get lost if one drive goes bad. After all, there is no telling when your data could become compromised because of a virus or system failure. But with the proper RAID configuration, you’ll be able to retrieve lost data when something happens to your computer system or one of its storage drives.

RAID levels refer to the different ways in which data gets distributed to the storage drives of your system. You need to select the appropriate RAID level configuration to determine the structure and organization of your stored data. Some RAID levels are deemed more reliable than others. 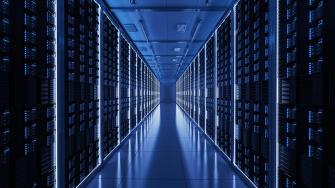 There are five different RAID levels available. The one you choose will depend on your situation and what you need the RAID configuration to accomplish. You have to decide whether you want your RAID to offer fault tolerance, performance, or both.

Therefore, the most reliable RAID levels will need to have a fault tolerance configuration. But you cannot just choose any RAID level because the number of storage drives will influence it too. That is why you need to pay attention to the number of drives available before ultimately deciding on a RAID level to configure.

However, there is no fault tolerance with RAID 0. That means if one of your disks were to fail, then you would likely lose the data that was on it. Keep that in mind before you choose the RAID 0 configuration.

RAID 1 is one of the best levels for fault tolerance. Instead of stripping data and writing it across multiple disks, RAID 1 copies all of the data from one disk and puts it on another disk. It creates a replica of the data that gets stored onto a disk. That way, if your storage disk malfunctions and stops working, you’ll have a backup of all the data that was on it.

RAID 5 is like a hybrid level in terms of performance and fault tolerance. You will need at least three disk drives for this particular setup because the configuration is more complicated. If one disk drive fails, then you will still have a backup of the lost data. RAID 5 utilizes parity data on all the storage drives to retrieve lost data. Although writing data onto the drives is much slower, it can be read fast.

Most people would say that RAID 5 is the most reliable level because data is retrievable without jeopardizing the performance of the system. But again, the setup is somewhat complicated, and it requires you to understand more about hardware controllers and how to increase their cache memory. It is recommended that you use a professional computer technician to set up RAID 5 rather than rely on the automatic configuration of the software.

Tags
computersdatasponsoredtechnology
In this article
computersdatasponsoredtechnology
Related
Why geniuses hunt demons for sport
Jimena Canales shares the “demons” that shaped computer science.
▸
6 min
—
with
Jimena Canales
The Future
5 of the most amazing cracked codes in modern history
From 260-year-old ciphers to the most recent Zodiac Killer solution, these unbreakable codes just needed time.
Videos
NASA astronaut explains humanity’s trajectory to Mars
The first human that isn’t an Earthling could be in our lifetime.
▸
5 min
—
with
Robert Curbeam
The Well
Michio Kaku: 3 mind-blowing predictions about the future
What lies in store for humanity? Theoretical physicist Michio Kaku explains how different life will be for your descendants—and maybe your future self, if the timing works out.
▸
with
Michio Kaku
The Well
Time travel is possible. Can we go back?
Theoretical physicist Brian Greene explores the potential particles of time and why we could, in theory, travel forward in time but not back.
▸
with
Brian Greene
Up Next
Health
The social determinants of health, explained
Want to tell someone’s future in the US? You don’t need a crystal ball, just their zip code.