The Upside of Amateurism

Experimentation-out-of-love is often inefficient and hard to measure. It isn’t always “solution-oriented." But it’s as necessary and natural to us as breathing, and all too easily swept under the rug. 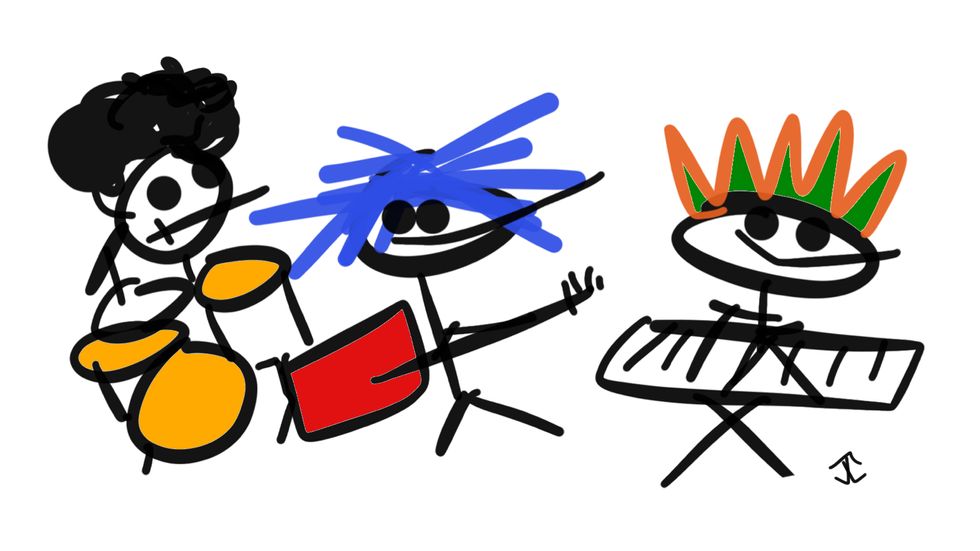 It feels strange to be writing this for a website famous for “expert opinion” interviews with people like Neil deGrasse Tyson or Doris Kearns Goodwin, thinkers with impeccable credentials in their fields. In some ways, the success of Big Think (and other outlets, like TED or Tim Ferriss’ podcast, that disseminate “big ideas”) is predicated upon the idea that some of us possess secret, esoteric knowledge from which YOU can profit — spiritually, financially, or otherwise. This is an ancient idea, and the origin of secret societies like the Freemasons, the Illuminati, or the Rosicrucians. It’s also the reason books that promise to help you lose weight or get rich quickly are perennial bestsellers. Unless you’re fabulously successful or Donald Trump, you probably suspect that someone out there is smarter, more talented, or more experienced than you are at something you care a great deal about.

And you’re right. However great you are, someone's got something to teach you.

Obviously, we can learn a lot from experts. If I’m after factual information or professionally useful tips, I would much rather hear E.O. Wilson talking about ant biology than someone who hasn’t spent thousands of hours in the company of ants. Or Amy Schumer on comedy than, say, E.O. Wilson. But sometimes I fear — scratch that — always I fear that the present day is a place/time where expertise is so valued and specialties so specialized that people are shamed out of experimentation and curiosity, the only two impulses other than love that (as far as I’m concerned) make life worth living. In the 18th century, Benjamin Franklin could be a printer, fiction writer, inventor, scientist, and statesman and end up a hero of the age. Today he’d be an eccentric dilettante with branding problems.

Let’s take the example of music. The Japanese educator Shinichi Suzuki (1898-1998), creator of the world-famous Suzuki method of music instruction, believed that we do violence to children when we teach them that music is a “gift” you’re either born with or not. We ought to be teaching music, he believed, the same way we teach language — as a birthright. An expectation. Not every piano student grows up to become Beethoven or Brian Eno; it’s true. And not every English speaker grows up to be Shakespeare. But we don’t teach kids to worry about whether or not they’re “talented” in their native language. Or to give it up by adulthood if they haven’t yet won a scholarship. Yet how many adults do you know who play, sing, or write music on a regular basis? If it’s more than a handful, you and your friends are a cultural anomaly. And that’s a real shame, isn’t it?

I’m not proposing that we repeat the horrors of Chairman Mao Zedong’s Cultural Revolution, when doctors were yanked out of hospitals and replaced by peasants with scalpels because expertise was “elitist.” Doctors should be experts. So should astronauts and the people who design and build the spaceships they fly in. And as much as we hate “business as usual” in politics, the people who run the government should probably have some experience in running governments.

But the power and prestige of expertise become culturally harmful when they’re used to shame non-experts into doubting their right to question, experiment, and investigate. When they dupe experts into believing their judgment is infallible, or that they have nothing left to learn. And when they kill off the childlike part of our nature that created these branches of knowledge in the first place.

As punk music, bands like the Velvet Underground, and their acolytes have shown, curious amateurs often turn into experts, or create things that bypass the question of expertise altogether. Was Lou Reed an “expert” rock and roll musician? Does it matter? Amanda Palmer, musician and author of The Art of Asking, has become an evangelist for creative risk-taking, for putting her work (and herself) “out there” in the hands of fans without a million layers of buffering by PR firms and producers between them. She blurs the lines between her fans and herself by inviting them up on stage to join the band, or crashing at their apartments while on tour. Through the crowdfunding platform Patreon, she’s enabling fans to support her work one “thing” (song, video, etc.) at a time, rather than waiting up to a year for the grand release of an album. Through these efforts, she’s chipping away at the structures that represent artists as sacred, unapproachable beings touched with a gift beyond the reach of mere mortals. She’s de-intimidating her audience.

I’m a big fan, too, of formal structures that encourage creative risk-taking — things like improv, or Maker Faire, co-working spaces, or hackathons. Organizations like Jen Oleniczak’s The Engaging Educator, which uses improv to teach fearless communication to students, businesspeople, individuals on the autistic spectrum. Platforms like Kickstarter or Patreon that democratize the funding of new ideas. I like structures that give us permission to step outside of our comfort zones, to risk looking foolish, and to grow. On Think Again, my podcast for Big Think, we subvert the expert interview by surprising well-known experts with topics they’re not prepared to discuss. I’m not prepared, either — the topics are chosen by our producers and sprung on me the day of recording. The result, ideally, is a real conversation — something that in present-day media you sometimes have to engineer to make happen.

We need more structures for creative experimentation, not just as summer camps for entrepreneurs or marginalized phenomena like drum circles, but built centrally into our schools and our societies. We’re too serious. Too self-aware. Too well-armored for our own good. Fear of losing the competition for scarce jobs to some other nation (or to robots) in some imagined future mustn’t discourage us from the kind of messy, inefficient experimentation-out-of-love (amateur = “lover” from Latin by way of Italian) that is productive both of human happiness and also of new jobs to replace those that will always, inevitably disappear. Experimentation-out-of-love is often inefficient and hard to measure. It isn’t always “solution-oriented.” But it’s as necessary and natural to us as breathing, and all too easily swept under the rug.

Note: I owe a BIG shout-out to brilliant artist and experimental philosopher Jonathon Keats, who brought up the idea of encouraging curious amateurs in an interview I did with him several years ago, a conversation I’ve thought about a million times since.