Maybe Lois Lane wasn’t so stupid after all. A brilliant reporter, yes, but of all the implausibilities of the Superman story, her inability to tell that Clark Kent and Superman were the same person thanks to a pair of glasses strained credulity. Now, though, a study’s been published in APA PsycNET that shows it’s amazingly easy to hide one’s identity with even the simplest of disguises.

Cognitive psychologist Eilidh Noyes of University of Huddersfield in the U.K. co-authored the study with Rob Jenkins of the University of York. They recruited 26 models who were photographed three times:

The means participants were provided to change their appearances were hardly very clever: They could change their hairstyle and/or makeup, or add or remove facial hair. They were not allowed to change their look with articles of clothing likes hats, scarves, or any other garb that wouldn’t be allowed in a passport picture.

Noyes tells University of Huddersfield News, “Our models used inexpensive simple disguises and there were no make-up artists involved. If people want to, it’s very easy to change their appearance.”

Other study participants were then asked to identify the person in each photo. For the evasion images, 30 percent of them got it wrong, even when they knew they were looking at people who might be in disguise. The impersonation pix weren’t as successful at fooling people.

At the conclusion of the study, all of the images were collected into a database called “FAÇADE” that’s being offered to programmers and researchers developing facial recognition software. 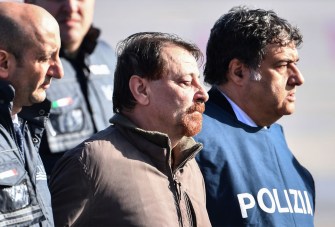 Using simple disguises and hiding often in plain sight. He was finally captured this year. Brazilian police published a rogue’s gallery of his likely appearance prior to his arrest. (The third one in the top row was closest to his appearance at the time of arrest.)

About our intrepid Daily Planet reporter, however: Apparently participants who knew the subjects were less likely to be fooled, so she’s not quite off the hook.

Tags
clark kentcognitive sciencehuman bodyidentitylois lanphotographypresentationpsychologysecret identitysurveillance
In this article
clark kentcognitive sciencehuman bodyidentitylois lanphotographypresentationpsychologysecret identitysurveillance
Related
Neuropsych
Psychology studies that go viral are likelier to be bogus
A new 20-year analysis of over 14,000 psychology studies finds that a study’s media coverage is negatively linked to its replicability.
The Learning Curve
Why do high IQ people stagnate in their careers? Emotional intelligence
Research suggests that emotional intelligence is more vital for success than IQ.
Health
How saliva changes the flavor of food
“It’s a liquid, but it’s not just a liquid.”
How to live after your soulmate has died
Astronomer Michelle Thaller explains the healing power of physics after losing her husband.
▸
7 min
—
with
Michelle Thaller
The Future
Space travel will radically change human psychology and spirituality
We are traveling in a realm that once exclusively belonged to the gods. Space travel will force humanity to rethink everything.
Up Next
The Present
Coal and tobacco industries kill more Americans each year than they employ
A new study outlines why the tobacco and coal industries warrant “corporate death sentences.”