Few words conjure up as much dread as deadline. Originally, it referred to a line drawn on the ground at prisons — should a prisoner cross this line, they’d be shot dead. Eventually, its meaning transitioned to a point in time by which you must have something done, but it still retains a sense of mortality to it: “If I don’t have this done by tomorrow, I’m dead.”

Despite the amount of dread a deadline induces, we still find ourselves putting the work off, day after day, hour by hour, until the pressure mounts to the point where we’re up at midnight, chugging coffee, and frantically typing that essay due the next day. We procrastinate.

More specifically, we voluntarily delay an intended action despite understanding that the delay will put us in a worse position than before. At least, that’s how psychologist Piers Steel at the University of Calgary put it in his 2002 dissertation, “The Measurement and Nature of Procrastination.”However, there’s a more succinct way to describe procrastination. “It’s self-harm,” said Steel to The New York Times. 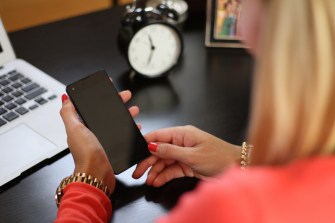 Chronic procrastination is clearly harmful behavior, but we continue to engage in it. Why? Part of it is that we mistakenly believe procrastination has to do with time management, when it really has more to do with how we handle our emotions.

Nobody likes performing difficult tasks, but how we handle the stress and adversity of performing a task differs. Chronic procrastinators have a poor capability for self-regulation; in other words, they’re impulsive. In response to the negative feelings associated with having a task to do, procrastinators prioritize repairing their mood in the present over completing the task.

Researchers argue that procrastinators consider their present self to be more important than their future self. To avoid the negative experience that comes from beginning a difficult task, procrastinators simply avoid it to improve their mood in the short term, passing the buck to somebody else: their future selves. This, of course, ignores the fact that the future self isn’t any different from the present self.

That’s not to say that procrastinators don’t know this on an intellectual level. In fact, being aware of this future stress can perversely encourage procrastination. Once a procrastinator has begun procrastinating, they might continue to do nothing in order to avoid the feeling of regret that arises by starting the task and being reminded of their failure to begin their work earlier.

In this sense, seeking to feel good in the short term via procrastination acts like a form of self-harm, a bomb of stress and anxiety that’s been left to tick away rather than defused immediately. In her study on the temporal sense of procrastinators, Dr. Fuschia Sirois wrote, “Prioritizing the mood of the present self over a consideration of the future self means that there is no reason to engage in behaviors that will improve the well-being of the future self. In short, tasks that are key for the maintenance of good health may be put off if they are viewed as difficult or unpleasant.”

Coupled with the direct impact of the stress from procrastination, this mismatch between the perceived importance of the present and future selves explains why procrastinators experience poor mental and physical health.

What can be done

Fortunately, there’s hope out there for chronic procrastinators. Here’s a few methods that can help mitigate the downward spiral that procrastination can be:

The modern attention economy hijacks our ability to focus, but an ancient technique offers a means to get it back.
Neuropsych

Types of therapy are about as different as the people who use it.
The Learning Curve

Your inner voice can be the devil on your shoulder or the angel. It depends on where your focus lies.
Neuropsych

There are many things in life that cannot be improved with greater effort. Sometimes, life requires that you step back.
The Learning Curve

Why you should always question your perceptions

“Who ya gonna believe: me or your own eyes?” Until you can assess your perception, the answer should be neither.
Up Next
The Present

Finland’s educational system was driven by a culture that supports a strong social contract, one the United States currently lacks.