Depression is a common mental disorder, with more than 264 million people (of all ages) who struggle with this issue.

There are several different types of depression, with the two most common being:

Depression, according to the World Health Organization (WHO) is a leading cause of disability worldwide. It results from a complex interaction of social, psychological, and biological factors. While there are several effective treatments for depression (including antidepressant medications), there are also lifestyle changes you can make to prevent or lessen the impact of depressive symptoms. 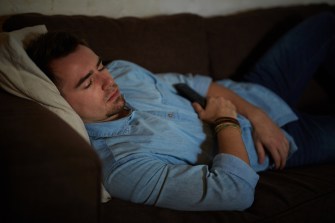 This large-scale, two-stage approach study scanned a wide range of modifiable factors that could be associated with the risk of developing depression…Photo by Pressmaster on Shutterstock

According to a large-scale (over 100,000 participants) study out of Harvard Medical School, there are many ways you can lessen the impact of depression. The study focused on the lifestyle factors that you can easily modify if you suffer from depression.

The researchers took a two-stage approach to this study. The first stage drew on a database of over 100,000 participants in the UK Biobank to systematically scan a wide range of modifiable factors that could be associated with the risk of developing depression. These modifiable factors included things like social interaction, media use, sleeping patterns, diet, physical activity, and environmental exposures.

The second stage of this study was to narrow down the field to a smaller set of promising and potentially causal targets for depression. Throughout this two-step process, they were able to determine certain behaviors that can directly influence depression.

Confiding in and socializing with others could lessen depression symptoms.

Lead author Jordan Smoller, a professor of psychiatry at Harvard Medical School explains to Fast Company: “Far and away, the most prominent of these factors was frequency of confiding in others, but also visits with family and friends, all of which highlights the important protective effect of social connection and social cohesion.”

This is further backed up by previous research done on the health benefits of socializing. According to Psychology Today, interacting with others boosts feelings of well-being and decreases feelings of depression. This helpful article lists several ways you can slowly incorporate more socialization into your life, with things like Skype/Facetime calls with family and friends, taking a new class, or volunteering at a charity organization.

Your television habits may be negatively impacting your depression.

The study suggests certain behaviors (such as watching television) could be associated with depression, but it isn’t the first of it’s kind to make that connection.

While it’s common knowledge that a healthy sleeping pattern can positively impact your mental and physical health, did you know that having a nap during the daytime can impact depression? However, more research is needed to determine exactly why. The study suggests that both daytime napping and excessive television consumption could be proxies for sedentary behavior which would then impact your mental health.

The goal of this study was to provide actionable information on preventing and avoiding depression symptoms.

The research on depression and various mental health conditions has been ramping up and along with it, there will hopefully be more answers to these questions. As for this study, researchers explain that they wanted to leave readers with actionable advice on daily habits that could be contributing to their depressive symptoms.

“Depression takes an enormous toll on individuals, families, and society, yet we still know very little about how to prevent it,” said Smoller in an interview. “We hope this work will motivate further efforts to develop actionable strategies for preventing depression.”

We seem to have a “progression bias” that nudges us toward pro-relationship decisions and away from breaking up.
Up Next
Neuropsych

More people are looking up panic and anxiety attacks in quarantine.