Culture is the arbiter of our conscious reality. To say that it influences how we think and act would be an understatement. For the non-inquisitive or complacent mind, it can set us into the inane doldrums of prefabricated patterns we take to be both our day-to-day reality and how we even view our own psyches and world around us.

It comes as no surprise that it also has a significant effect on what we consider to be a normal psychological disposition.

In many traditional societies, mental distress is seen as a transitional period from one state to the next in order to confront a change in that person’s life.

It’s very unlikely that strange or novel behavior is seen as indicative of an underlying mental disorder. There are many cultures that don’t even have words for what we call experiences like depression, schizophrenia or bipolar disorder.

Certain psychological phenomena such as possession or mania, which for the most part, Westerners feel the need to stamp out and put back in line with the rest of society and cure, are instead seen in a much different light in more tribal communities.

The linguistic hang-ups we have when defining these other states of consciousness needs to be explored. We can look towards preliterate shamanic cultures and other psychological schools of thought to help us out with this endeavor. 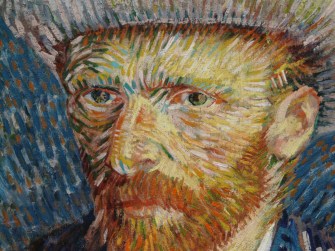 Is there another way to view mental illness?

It’s a given that shamans, ecstatic creatives, fringe thinkers and those great artists who have journeyed to the heart-soul of universal divinity and lived to tell the tale of the great mystery aren’t going to jive with some reductionist scientist’s view of mental illness.

Even so, there is a small strain of scientists in the overall psychiatric field that acknowledges that the prospect of diagnosing and treating mental illnesses isn’t that cut and dried.

The British Psychological Association released a report a few years back titled ‘Understanding Psychosis and Schizophrenia’. It contained a statement that said:

Hearing voices or feeling paranoid are common experiences which can often be a reaction to trauma, abuse or deprivation. Calling them symptoms of mental illness, psychosis or schizophrenia is only one way of thinking about them, with advantages and disadvantages.

In other words, just calling a different state of consciousness a mental illness can bring about unintended consequences towards either treating or interacting with the individual with the supposed disorder.

This report went on to say that:

Examining psychotic breaks and other mental disorders in a different perspective

Throughout a person’s life, they’re bound at least once to experience an overwhelming event. This might trigger a change in psychological temperament either for a short period of time or permanently.

The following actions we, as a collective culture, take determines the outcome of this individual’s future.

Picture a transcendent or frightening experience either brought on through a psychoactive chemical substance or traumatizing event—whatever it is, it has brought a novel change in that person’s mental constitution.

Many diagnosed individuals speak about visions and very unique ways of viewing the world. It’s a mix of both the incredibly blissful and the horrific. Aldous Huxley talked about this in his seminal psychedelic work detailing his experiences with mescaline. In The Doors of Perception, he said:

When people are able to integrate these experiences into their psyche and create some grand work of art or creation, they’re often lionized and considered heroes, geniuses and pioneers.

Even though, upon further western psychological inquiry, they could very well be considered mad or be placed on the psychological DSM-5 mental disorders spectrum.

If, on the other hand, they fall into destitution, listless meandering, and either bring harm to themselves or others around them, they’re institutionalized and prescribed with whatever chemical suppressant is en vogue at the time.

It is quite clear that cultures determine what is right and what is wrong, and subsequently what is normal and abnormal behavior. Are mental illnesses invented or found?

A student of psychology just needs to consult what many psychiatrists decree sarcastically as the holy bible, the DSM-5, which lists all mental illnesses known to exist.

There is debate in the community as to the validity of this diagnostic methodology.

For example, here are a couple of mental illnesses that were once considered real and that we no longer call as such. Say… where’d they all go?

Philosopher Alan Watts once compared psychological experts as having the same authority as the medieval priest-craft caste. Both are elevated in society and are the ones with the sole truth, which they dispense from their high towers in the form of what we now call science-based evidence.

Yet, as we’re going to see, this is a particularly naive view that is not always used as a way to treat the individual, but for the purpose of ensuring industrial society stays, to a point, culturally homogeneous.

Role of the psychotherapist in treating mental disorders

Before we can move on to how primitive cultures entertain and integrate the individual back into society after a mental break, it’s helpful to view how industrial societies work this process.

Again we look toward some of Alan Watts’ wisdom in which he saw how psychologists focused not on integrating the individual, but instead making them fit into the society. This is exactly the opposite way in which more pastoral and native cultures go about it.

“Whenever the therapist stands with society, he will interpret his work as adjusting the individual and coaxing his ‘unconscious drives’ into social respectability. But such ‘official psychotherapy’ lacks integrity and becomes the obedient tool of armies, bureaucracies, churches, corporations, and all agencies that require individual brainwashing.

On the other hand, the therapist who is really interested in helping the individual is forced into social criticism. This does not mean that he has to engage directly in political revolution; it means that he has to help the individual in liberating himself from various forms of social conditioning, which includes liberation from hating this conditioning — hatred being a form of bondage to its object.”

Watts goes on to say that:

“[Good] doctors try to get rid of their patients — clergymen try to get them hooked on the medicine so that they will become addicts to the church… You don’t make medicine a diet.”

This is where the break between how more holistic and spiritual cultures view mental illness as compared to scientists who instead diagnose and disperse medicine to patients when a disorder has been found. 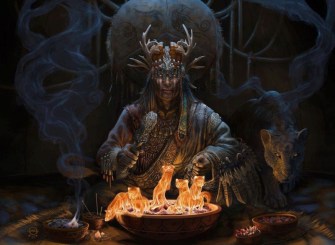 Many of the terms we use to diagnose mental behaviors we don’t understand have also changed throughout the years, as evidenced by the constant reshuffling of the DSM-5 and other psychiatric processes.

The late and great ethnobotanist and writer Terence McKenna had a rich and first-hand experience with many shamanic tribes. Throughout his years of psychedelic study and incursions into far-flung realities with Amazonian tribes, he found a rich tradition of integrating the so-called mentally disturbed into elevated positions that were fundamental to the well-being of primitive societies. He states:

Other societies are not so frightened by the prospect of madness or even certified psychosis.

“A shaman is someone who swims in the same ocean as the schizophrenic, but the shaman has thousands and thousands of years of sanctioned technique and tradition to draw upon,” writes McKenna.

“In a traditional society, if you exhibited “schizophrenic” tendencies, you are immediately drawn out of the pack and put under the care and tutelage of master shamans. You are told: “You are special. Your abilities are very central to the health of our society. You will cure. You will prophesy. You will guide our society in its most fundamental decisions.”

McKenna compares this to how we deal with schizophrenia.

“Contrast this with what a person exhibiting schizophrenic activity in our society is told. They’re told: “You don’t fit in. You are becoming a problem. You don’t pull your own weight. You are not of equal worth to the rest of us. You are sick. You have to go to the hospital. You have to be locked up.” – You are on a par with prisoners and lost dogs in our society. So that treatment of schizophrenia makes it incurable.”

These different systems for dealing with an undeniable part of the human condition can help us pave the way for a future that doesn’t demonize or ignore a fundamental personality aspect for many people.

The best science says depression is a social ill, not an individual …

Tags
ancient worldidentitymental healthpsychologyselfsociety
In this article
ancient worldidentitymental healthpsychologyselfsociety
Related
Neuropsych
Why is a Starbucks loyalty rewards program making customers so angry?
The rewards price to get a free cup of hot coffee at Starbucks is going up.
Thinking
What if you could rewire your brain to conquer suffering? Buddhism says you can
For Buddhists, the “Four Noble Truths” offer a path to lasting happiness.
3 game theory tactics, explained
How to maximize wins and minimize losses, explained by four experts on game theory.
▸
7 min
—
with
Kevin Zollman
Sponsored
What childhood “money story” is shaping your financial behaviors?
Here are the signs that you inherited “money anxiety” from your parents.
Neuropsych
The most common source of awe might surprise you
It’s us.
Up Next
Starts With A Bang
The 10 Scariest Places In The Universe, According To Science
These ten ghostly astronomical sights house some deep-and-frightening scientific truths within them.With a huge suite of different observatories for viewing the Universe, innumerable details can be revealed.This ‘Godzilla’ asterism is revealed […]