In learning, most people intuitively recognize that a bit of a challenge is a good thing. The task shouldn’t be too hard, nor too easy. This conventional wisdom explains, for example, why the levels of a video game become incrementally more difficult, or why a piano instructor would choose to teach a beginning student “Twinkle Twinkle Little Star” instead of a Chopin Étude.

But exactly how difficult should learning be? Is there a “sweet spot”?

The answer seems to be yes, according to a recent study which found learning is optimized when the learner gets it right about 85 percent of the time. To get that number, scientists trained machine-learning algorithms to recognize images of tumors at various levels of difficulty. They found that the algorithms learned most efficiently when the failure rate was about 15 percent.

The 85% rule for machines and humans

“These ideas that were out there in the education field — that there is this ‘zone of proximal difficulty,’ in which you ought to be maximizing your learning – we’ve put that on a mathematical footing,” Robert Wilson, an assistant professor of psychology and cognitive science at the University of Arizona, and lead author of the study, told UA News. “If you have an error rate of 15% or accuracy of 85%, you are always maximizing your rate of learning in these two-choice tasks.”

Of course, the study involved algorithms, not humans. However, the researchers wrote that their findings also describe optimal learning in humans and animals, “from perception, to motor control to reinforcement learning.” In the study, the researchers tweaked their model to reflect the ways in which monkeys learn a task over time. The results showed that, in all scenarios, learning was optimized with an accuracy rate of about 85 percent. 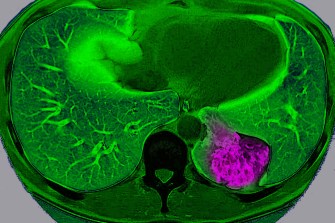 Wilson said the 85 percent rule would be particularly applicable in perceptual learning, in which we gradually learn tasks by interacting with the environment, such as learning to identify tumors in images.

“You get better at figuring out there’s a tumor in an image over time, and you need experience and you need examples to get better,” Wilson said. “I can imagine giving easy examples and giving difficult examples and giving intermediate examples. If I give really easy examples, you get 100% right all the time and there’s nothing left to learn. If I give really hard examples, you’ll be 50% correct and still not learning anything new, whereas if I give you something in between, you can be at this sweet spot where you are getting the most information from each particular example.”

But there’s another reason why it’s important for us to incorporate a healthy dose of failure into learning: it prepares people for the inevitable challenges of life. Tom Hoerr, former leader of the New City School in St. Louis, Mo., said students need to learn not only curriculum, but also the emotional tools necessary to withstand challenges.

“If our kids have graduated from here with nothing but success, then we have failed them, because they haven’t learned how to respond to frustration and failure,”Hoerr told KQED.

There’s also reason to think following the 85 percent rule could help people enter a flow state — a feeling of being “in the zone” that occurs when you’re fully immersed in a task that’s appropriately challenging.

Sigmund Freud developed the decidedly unscientific principles of psychoanalysis in a time when most psychologists were trying to join the ranks of chemists and medical doctors.
Up Next
Starts With A Bang

Our deepest galaxy surveys can reveal objects tens of billions of light years away, but there are more galaxies within the observable Universe we still have yet to reveal between […]