Many of us consider it a point of pride when a dog checks us out and decides we’re a good person to be with. Dogs know these things. But how? Is it instinct or something else? A study just published in PLOSOne suggests it is indeed something else: Exposure to humans, good or bad. Researchers studied how a dog comes to view a person as generous or not, one measure of being nice.

There were three groups of canines involved: 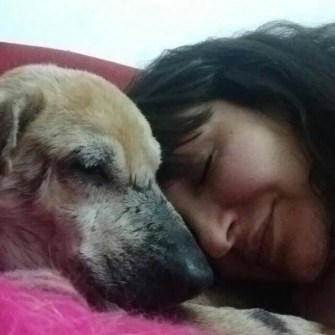 Three people were involved in conducting experiments with each dog, and genders were alternated to balance out any effect a person’s sex might have on a dog: 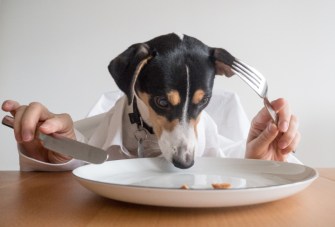 The tests for Groups FD and SHD occurred in five phases.

First, the dogs were taught to expect that bowls can have food inside. Two identical, opaque food bowls were placed on two chairs 75 cm apart — for Group PUP, they were placed on the floor.

To ensure that odors didn’t complicate things, five pieces of baked chicken were hidden under each bowl’s double bottom, and both bowls were greased with an equal amount of cooked-chicken juices.

After hiding a piece of food in one of the bowls, the G experimenter would stand between the chairs, looking at the dog’s face, pointing at the food and saying, “Mmm… Look inside, it’s so yummy!” twice in Spanish. At this point the handler released the dog, and if it went correctly to the bowl with food, the G person offered verbal approval as the dog chowed down. If the dog went to the wrong bowl, the process was repeated until the dog succeeded.

With the S experimenter, on the other hand, as soon as the dog began to move toward the correct bowl — as with the G person, the dog had multiple chances to get the bowl right — the S experimenter grabbed the food, ate it, and showed the empty bowl to the dog. The dog was returned to the starting position by the handler and given some food anyway, to balance out the amount of reward between the two types of training. After 20 seconds, the next trial began. 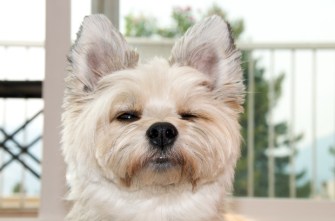 A minute after the training, the first choice test was conducted. The G and S experimenters stood approximately where the chairs had been, and each dog was released by the handler and allowed to go over to the person of his or her choosing.

One minute after the first choice test, the process — minus pre-training — was repeated, with G and S experimenters trading places in the second choice test.

The puppies tests were very similar, with some accommodations made for their smaller sizes. Bowls were on the floor, and G and S humans knelt down instead of standing. In training, the people knelt, placed their bowls down on the floor, and signaled to the pups. In the choice test, each person held a bowl at chest-level as they knelt.

First Conclusion: It’s About the Time Spent with Humans 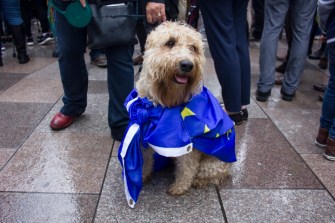 The researchers found that the adult dogs developed a preference for the generous experimenters, while the puppies didn’t. Previous studies have shown puppies to be perfectly good learners, so the the study concludes that the adult dogs were able to figure out the humans not as a result of maturity but because of having had a greater number of years’ experience with people, whether via positive (certainly in the case of the FD dogs), or negative and potentially confusing interactions, as may be the case with shelter dogs. Puppies just don’t read people as well:

In short, the data considered up to this point suggest the dogs´ capacity to discriminate between human generous and selfish attitudes, as tested in the present protocol, does not depend so much on the quality of everyday contact with people, but more so on the amount of experience with humans (in years).

Though the FD and SHD canines could both learn to identify the generous person, it’s not the case that they behaved identically.

The shelter dogs took longer to learn to associate the G experimenter with food. Also, they more often failed to respond to the experimenters’ pointing at the food. The researchers suspect the shelter dogs “could have been more fearful towards strangers.” Also, considering that “most of the ‘no’ responses were observed in trials with S, it is possible that this behavior means that subjects from group SHD were more sensitive to punishment than FD.”

The study also found that “adult family dogs spent more time watching the experimenters in choice tests than shelter dogs.” This aligns with previous studies that documented dogs using a longing gaze as an “ask,” a way of soliciting something from a person. (We all know this look; some of us use it ourselves.) The family dogs also remained visually locked onto the experimenters longer than the shelter dogs, possibly more optimistic about ultimately attaining a positive outcome. 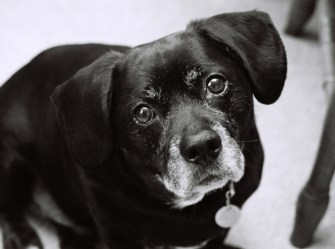 The study summarized the most likely causes for the differences between the FD and SHD groups:

Dogs typically have sweetness to them that owners can barely match. In every conversation one has with a dog, the dog says basically the same thing over and over again: “I love you, I love you, I love you.” What exchange could be more meaningful? Even as shelters get better and better at taking care of unwanted canines, this study shows there’s no substitute for having a human who regularly says it back.

Australian parrots have worked out how to open trash bins, and the trick is spreading across Sydney.
Life

A new study tested to what extent dogs can sense human deception.
Up Next
Hard Science

We Might Be Able to Survive on Mars—But Can We Live There Peacefully?

The establishment of a colony on Mars seems inevitable given just how many groups are drawing up plans for the red planet. NASA intends on sending manned expeditions in the […]