When it comes to sexual encounters, both women and men may be left with feelings of regret in the fading afterglow. Women, according to recent research, are more likely to experience “action regret,” wishing they hadn’t had sex. Men, on the other hand, are more likely to report “inaction regret” if they feel they’ve passed up on a sexual opportunity.

Both may experience regret, says a new study, but not so much that it changes their behavior going forward.

Speaking to Norwegian SciTech, the lead author of the study, Leif Edward Ottesen Kennair of Norwegian University of Science and Technology (NTNU), says, “For the most part, people continue with the same sexual behavior and the same level of regret.”

The evolutionary value of emotion 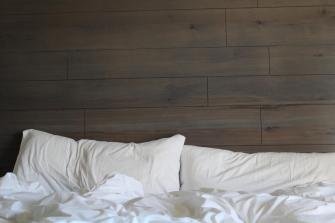 “We wanted to examine if their level of regret contributed to a change in behavior the next time around,” says senior author Mons Bendixen, who collaborated with Kennair and postdoctoral fellow Trond Viggo Grøntvedt.

The authors say that psychologists generally assume that emotions such as regret serve an evolutionary purpose — they keep us from repeating undesirable behavior.

“Researchers,” says Grøntvedt, “have found that most people believe this is true for regret. They assume that regret is actually a helpful negative feeling. People assume it guides them not to repeat what they regretted.”

The flexibility of regret 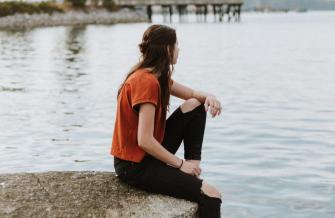 “We invite you to participate in a research project that examines students’ thoughts and feelings after having had casual sex (intercourse), and what factors that may affect these… Some of the questions are sensitive and relate to sexual acts and choices you may have made. Responding may cause some discomfort and embarrassment, and we recommend that all participants sit in an uninterrupted location when answering the questions.”

Individuals who agreed to participate were asked to fill out the survey two times, 4.5 months apart. The volunteers were between 18 and 30 years of age. For the first pass at the questionnaire, 529 students, 63.2 percent of whom were female, participated. Just 283 people completed the questionnaire both times.

The questionnaire revealed a resounding, “Nope!” Four and a half months later, individuals had continued to hook up or not hook up in the same way they had at the start of the study. They also exhibited the same level of regret. 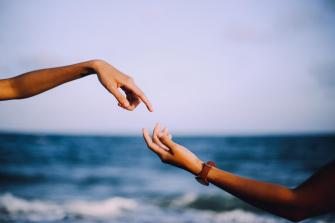 Kennair admits, “We are not that surprised. If regret helped, would not most sinners eventually become saints? What do you regret the most often? Has it changed your behavior?”

The researchers suggest that, as they suspected at the outset of the project, regret is an emotion that’s adaptive, with its impact on behavior dependent on context. In the case of sexual regret, there may be a disconnect between what we think we should want and what we really want.

It may also be that habit simply overpowers regret. Previous studies have found that habits create ever-stronger neural pathways — it’s why people often repeat mistakes. The idea is that making a mistake a first time creates a neural pathway to which we increasingly and unconsciously gravitate each time we repeat the error.

Kennair cautions, however, against getting too hung up on sexual regrets.

“And yet,” he says, “there are some folks who think that depressive ruminating and worry are a good idea. But the way we treat depression and generalized anxiety disorders is by helping people to stop ruminating and to stop worrying. Not everything people do, think or feel is an evolutionary adaptation — sometimes it is not appropriate either.”

Every Christmas could be the last Christmas.
Up Next
Starts With A Bang

NASA’s Spitzer, Not Hubble, Reveals Our Most Awe-Inspiring View Of The Universe

Every dot of light in this image represents its own galaxy, courtesy of NASA’s Spitzer space telescope. By taking infrared observations, Spitzer can see through the light-blocking dust that would […]