It’s really remarkable how seriously we take the fortunes of fictional characters. We care what happens to the people that we know perfectly well are simply words on a page or a screen. That they exist only in a writer’s—and then in our—imagination somehow makes little difference. The best fictional characters stay with us, and we miss them when their stories end. We’re weird.

Scientists from Ohio State University have published a study that describes just what is going on in people’s heads when they invest in fictional characters. According to lead author of the study Timothy Broom, “When they think about a favorite fictional character, it appears similar in one part of the brain as when they are thinking about themselves.” It would seem what’s going on is that we identify with these characters to the extent that we—at least somewhat—become them.

This kind of identification can impact our real lives, too. As the study notes, there are undoubtedly more educators in the world because of Robin Williams’ Mr. Keating in “Dead Poets Society,” more doctors thanks to Ellen Pompeo’s Meredith Grey in “Grey’s Anatomy,” and more than a few attorneys who got the idea for their careers from Atticus Finch in “To Kill a Mockingbird.”

The study is published in the journal Social Cognitive and Affective Neuroscience. 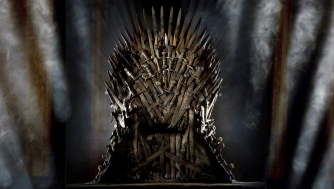 The researchers used characters from HBO’s “Game of Thrones”: Bronn, Catelyn Stark, Cersei Lannister, Davos Seaworth, Jaime Lannister, Jon Snow, Petyr Baelish, Sandor Clegane, and Ygritte. They chose the series due to its massive popularity and because the personalities of its characters were diverse enough that participants in the study would be more likely to find one they identified with.

The study took place over the course of GoT’s seventh season. There were 19 participants in the study, all fans of the show, ranging in age from 18-37 years with a median age of 24. Ten were female, nine male, and all were right-handed and deemed to be good fMRI candidates — an fMRI shows changes in blood flow that indicate activity. 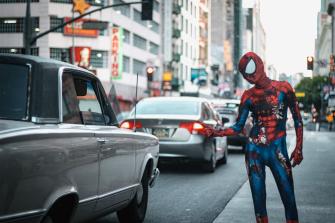 The study had two phases.

First, participants responded to questions asked in two well-regarded questionnaires: the interpersonal reactivity index (IRI) and the Transportability Scale. They were asked to rate their level of agreement with statements such as, “I really get involved in the feelings of the characters in a novel.”

Next, each participant’s brain was scanned in a functional neuroimaging (fMRI) device as they were shown a series of names: their own, any of nine pre-selected personal friends, or a Thrones character. Beneath each name was a descriptor such as “smart,” “trustworthy,” “lonely,” or “sad,” and the individual was asked to state whether the attribute was applicable by saying “yes” or “no.”

The researchers were most interested in activity in the ventral medial prefrontal cortex (vMPFC). It’s known from previous research that when we think of ourselves, activity in the vMPFC increases.

On the other hand, people with higher tests scores—those who had reported that they often identified with fictional characters—were seen as having higher levels of activity in the vMPFC than other participants when they were considering the characters, especially when they were thinking about characters they liked or related to.

Co-author of the study Dylan Wanger suggests that our identification with fictional characters may be a kind of pleasurable role-playing: “For some people, fiction is a chance to take on new identities, to see worlds though others’ eyes and return from those experiences changed.”

“What previous studies have found,” Wanger says, “is that when people experience stories as if they were one of the characters, a connection is made with that character, and the character becomes intwined with the self. In our study, we see evidence of that in their brains.”

Tags
booksbrainClassic LiteraturecultureFilm & TVHigh CultureidentityLiteratureneurosciencepsychologyscience and artstorytelling
In this article
booksbrainClassic LiteraturecultureFilm & TVHigh CultureidentityLiteratureneurosciencepsychologyscience and artstorytelling
Related
Life
Our antidepressant drugs are affecting animals and ecosystems
A toxicologist explains the impacts of antidepressants on fish — and no, they’re not getting any happier.
Sponsored
Want to boost your happiness? Buy experiences, not material possessions
Some experiences continue to pay dividends time and time again.
If money doesn’t buy happiness, you’re spending it wrong
These money experts say you can buy happiness. There are some red flags to look out for, though.
▸
7 min
—
with
Lindsay Bryan-Podvin
Thinking
Creative wisdom from Rick Rubin: embrace your inner gatekeeper
Unlock the full potential of your creativity with holistic detachment. This is the way of the editor.
Thinking
“Give a f***, actually”: The surprising benefits of being grateful for things you dislike
Radical Emotional Acceptance calls on you to celebrate all of life’s emotions — even the negative ones.
Up Next
Neuropsych
Help your kids, but not too much, says new Stanford study
Flying that helicopter too low is counterproductive.