Theodor Geisel was a political thinker. The lifelong cartoonist drew hundreds of confrontational and thoughtful panels highlighting not only his disdain for Hitler and war, but for American inactivity and politicking during World War II as well. Most people don’t know this side of the man, for it was his middle name used in his most famous works.

Working for PM, a daily newspaper in New York City, Dr. Seuss railed against fascism, the influence of Tammany Hall, anti-Semitism, and, regrettably, Japan — he later apologized for stereotyping Japanese people instead of his usual target, politicians.

Geisel’s collection is held at The Library of UC San Diego; dozens of his 200 cartoons can be seen in Dr. Seuss Goes to War. For many Americans, World War II seems like a distant reality, but some of the themes explored in Geisel’s work continue to be relevant today, sometimes eerily so.

When Mitch McConnell announced that the top Republican priority was to “deny President Obama a second term,” the result was blaming Obama for everything that went wrong, as well as not crediting what he’s done right. This is not the first time politicians have employed this technique. 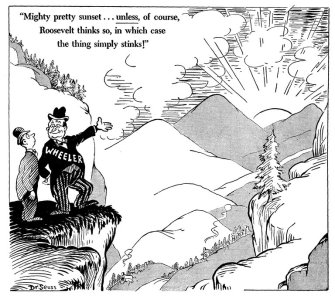 The emergence of fake news is also not new. Misinformation, as expressed in the lead photo above, has long been rampant. Geisel felt that America was not doing enough to combat Hitler’s forces, a favorite subject of his pen. 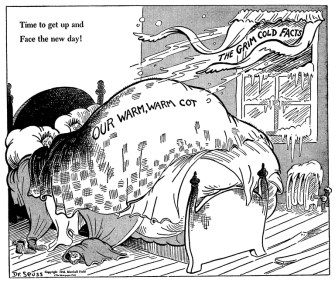 Of course, one of the most prominent issues now is immigration—an old topic destined to play on loop. 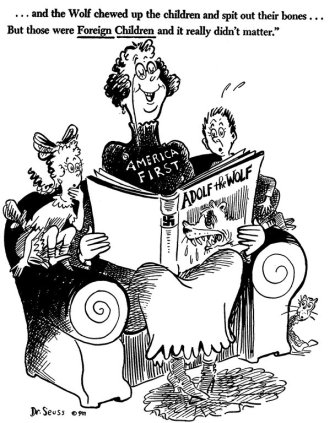 Confusing the public about the real enemy is another tried—and useful—technique. For example, running on a platform to ‘drain the swamp’ while later considering the king toads of said swamp in your cabinet. 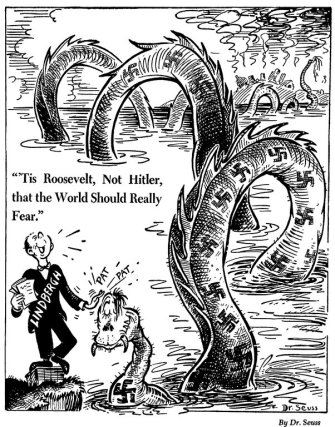 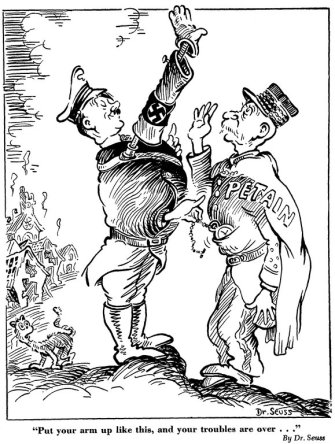 We know what strings are not being pulled: the tax purses of the wealthiest Americans, including one candidate in particular who bragged about being smart for avoiding paying his share. Geisel knew such tricksters well. 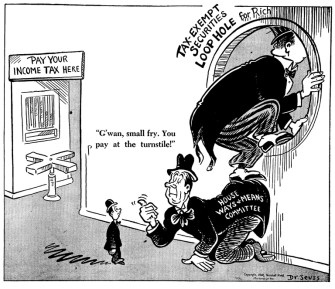 He also knew what they really are. 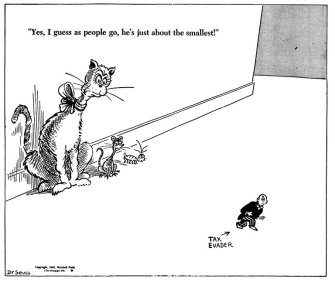 One of the most disturbing aspects of the current nationalistic thrust is a severe uptick in anti-Semitism. Obviously Geisel had plenty to say about this during World War II. 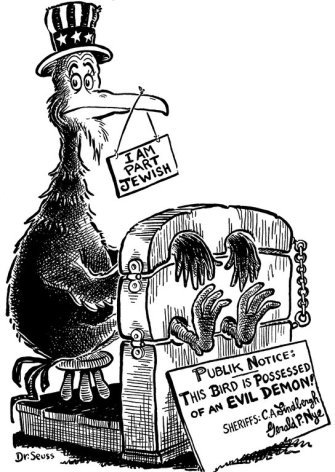 Voter fraud is another time-tested practice, most effective when one side invents an invisible demon then promotes it—on his side. 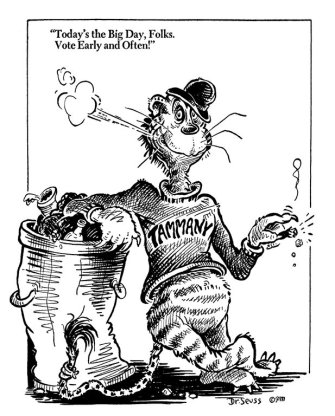 We are experiencing a wave of nationalism not felt since the days that Geisel was penning his political cartoons. It might have been over seven decades ago, but his messages remind us just how little we have matured or understood about the world we inhabit. 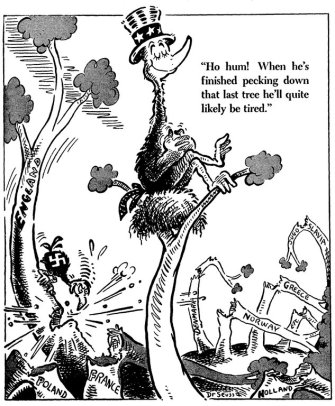 Tags
cartoonistcommentaryDonald TrumpDr. Seuss Goes to Warhistory repeatshumorpolitical satireSeusstax evasionTheodor Geisel
In this article
cartoonistcommentaryDonald TrumpDr. Seuss Goes to Warhistory repeatshumorpolitical satireSeusstax evasionTheodor Geisel
Related
Neuropsych
Accidental MIT study shows everybody is bad at getting stuff done on time
When you say, “I’ll get it done this week,” you’re just lying to yourself.
The Present
Last five American presidents seen as illegitimate in dangerous trend
Recent American presidents have all faced a crisis of legitimacy in a trend that threatens the health of our democracy.
The Present
The previous experience of every US president since Theodore Roosevelt
What qualifies someone for the top position in American government?
The Present
3 reasons why American politics have become so divisive – study
Partisan division has reached its peak, shows an alarming new study that identifies three crucial components.
Neuropsych
Jordan Klepper: Comedians vs. the apocalypse
Watch The Daily Show comedian Jordan Klepper and elite improviser Bob Kulhan live.
▸
with
Jordan Klepper
Up Next
The Present
Google to Purchase 100% Alternative Energy Sources in 2017
Pedal faster, we need the juice! The tech giant is about to become the world’s greenest company. Here’s how.