In 1894, Mark Twain had good reason to feel depressed. He owed $100,000 due to some poor investments, the equivalent of about $2.9 million today. To get out from under this debt, Twain did what he did best; he wrote a book called Traveling the Equator, a non-fiction account of his travels in the British Empire. In it, he noted, “The secret source of humor itself is not joy but sorrow. There is no humor in heaven.”

Whether humor’s source is sorrow is still up for debate; however, more than a hundred years later, researchers have found that it is at least a powerful tool to combat sorrow. The research, published in Brain and Behavior, found that humor serves as an exceptionally effective mechanism to cope with depression. 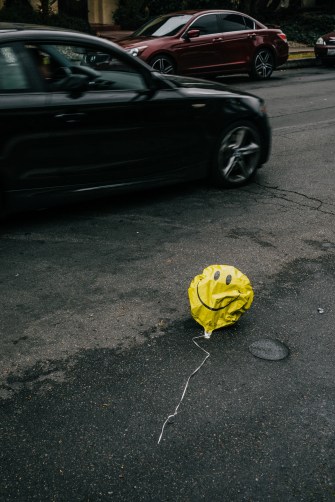 Photo by Nathan Dumlao on Unsplash

Prior research had shown that when an individual at risk for depression is exposed to stress, they fail to use the coping strategies that prevent most folks from falling into depressive episodes. Once their first depressive episode takes hold, it takes less and less stress to trigger subsequent episodes, a kind of depressive downward spiral. So, it stands to reason that teaching depression-prone individuals how to cope with negative life events is an excellent way to prevent further episodes of depression.

Study author Anna Braniecka explained the motivation for their study to PsyPost: “The use of adaptive emotion regulation strategies in people at risk of depression should boost their resilience against depressogenic experiences, however, there is still not enough scientific knowledge to determine which strategies are particularly beneficial in this respect. We decided to fill this gap by investigating one of the most promising, and at the same time the least studied strategy—humor.”

The authors examined 55 patients who had been diagnosed with major depression but were in remittance; that is, patients who had been depressed but were diagnosed as healthy at the time of the study. They showed their 55-person sample a series of images designed to elicit a negative reaction, like scenes of war, violence, sick people, etc., and asked the participants to rate their reaction to them. Then, the participants were shown more images from the set, but this time they were asked to respond to them in one of three ways: either neutrally describing the scene, reframing it in a positive way, or making some kind of joke about it.

Unsurprisingly, the participants felt less negatively after they had reframed the scene either through positivity or humor. The participants were also asked about how difficult it was to reframe the scene, how funny or positive they thought their reframing was, and how distant they felt from the scene. Depressed people often fail to distance themselves from negative stimuli; in a sense, they immerse themselves in the negative event too much. The researchers found that humor and positive reframing boosted their sense of distance from negative stimuli, a capability that is associated with preventing depressive relapses.

What’s more, although the participants reported that it was more difficult to reframe the scene with humor than it was with positivity, the effect for each was just about as strong, there was no negative impact when a participant tried to make a joke but couldn’t pull it off. This is significant, since depressed people are particularly susceptible to “defeat stress,” or the stress associated with failure.

Together, the results show that humor is an important arrow in people’s quivers when combating depression. Braniecka explained that “humor could broaden depressed individuals’ repertoire of adaptive tools of dealing with potentially depressogenic experiences, and in the long run, enhance their resilience.”

While the results suggest that humor can be a powerful method for depressed individuals to bolster their emotional resilience, it’s important to remember that this is preliminary work. The study didn’t examine healthy people, so its hard to say whether the use of humor is an effective strategy for everybody, although the results do seem to suggest that it would be. In addition, the study didn’t look at all kinds of humor. Humor can be positive, like laughing at adversity, or negative, like mocking others—how different kinds of humor promote or discourage healthy emotional regulation isn’t clear. Despite this hedging, though, the study shows that the next time life feels like it’s spiraling out of your control, at the very least, it won’t hurt to make a joke.

Fulfillment at work isn’t about finding your passion; it’s about cultivating the relationships that create a sense of belonging.
Neuropsych

What’s one of the most reliable indicators that a first date is going well? The answer might lie in how closely the couple is matching each other’s behavior and physiology. […]
Up Next
Career Development

Why do some people command respect? Learn the 3 elements of executive presence.

The confidence and respect that successful executives enjoy isn’t simply conferred upon them by their job title. It’s the knowledgeability they project, the manner in which they conduct themselves, and […]