A new study just published in the journal Nature Neuroscience proposes that with each falsehood told, the negative emotions associated with lying become a little bit fainter, leading the brain to become increasingly desensitized to lying. This finding may explain, in part, how someone caught in a small lie keeps telling bigger and bigger whoppers to avoid being found out.

Senior author of the study, Tali Sharot, an associate professor of cognitive neuroscience at University College London, spoke to New York Times about the findings. Scanning subjects’ brains using MRIs, the researchers saw that activity in the amygdala — the area associated with emotion — decreased with each lie. Interestingly, the amount by which it decreased turned out to be a reliable predictor of the size of the subject’s next lie.

“Think about it like perfume,” Sharot told the Times. “You buy a new perfume, and it smells strongly. A few days later, it smells less. And a month later, you don’t smell it at all.”

MRIs can’t discern the nature of the emotions in the amygdala, only that some emotion is getting weaker. As Sharot has noted, “We know for sure it’s related to lying. Whether it’s their negative emotional reaction, that’s only speculation, based on the parts of the brain we looked at.”

It’s been “really, really difficult to characterize the neural processes that underlie purposeful lying,” according to neuroscience professor Christian Ruff, a neurology professor at the University of Zurich, who is not involved in the new study. The problem is that when someone is told to lie by a researcher, it’s a socially approved act that lacks the illicit emotional freight of a lie told in life.

The lead scientist for the study was then-doctoral student Neil Garrett at University College London. Researchers devised a few situations in which 80 primarily adult subjects could choose for themselves whether to lie to a partner or not. Each subject was instructed to assist a partner in guessing the number of pennies in a jar only the subject could see. They would do this providing clues. (Each partner covertly shared the clues with the researchers so they knew when a subject was lying.) 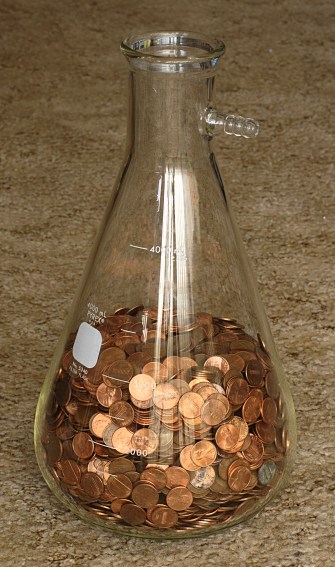 A penny for your lie. (MICHAEL PERECKAS)

In one variation, some of the subjects were given a financial incentive to trick their a partner into guessing high — the higher the guess, the more money the subject was paid. Their partners, on the other hand, got paid more for guessing accurately, so it was in their interest to try and compensate for any perceived dishonesty from the subject.

The reaction to the study’s methodology from the scientific community has been positive so far, though given the slippery nature of lying, the findings will need to be supported by additional studies.

In addition to Sharot, the report was co-authored by Big Think speaker Dan Ariely of Duke University and Stephanie C. Lazzaro of University College London.

If the lying game has piqued your interest, here’s how to detect when someone is telling a lie, with psychologist Paul Ekman:

Tags
amygdalaDan ArielyfalsehoodfibliarslielyingNeil GarrettneuroscienceStephanie C. Lazzarotali sharotUniversity College Londonwhite lies
In this article
amygdalaDan ArielyfalsehoodfibliarslielyingNeil GarrettneuroscienceStephanie C. Lazzarotali sharotUniversity College Londonwhite lies
Related
Neuropsych
Memory and the benefits of forgetting
Forgetfulness isn’t always a “glitch” in our memories; it can be a tool to help us make sense of the present and plan for the future.
Neuropsych
Asthma drug brings back “lost” memories
In a study involving mice, scientists used two different techniques — one optogenetic and one pharmacologic — to recover “lost” memories.
Life
Our antidepressant drugs are affecting animals and ecosystems
A toxicologist explains the impacts of antidepressants on fish — and no, they’re not getting any happier.
Thinking
Visual thinking: How to understand the inner lives of animals
Humans are good visual thinkers, too, but we tend to privilege verbal thinking.
The neuroscience of loving music
Humans are musical animals four million years in the making, explained by music expert Michael Spitzer.
▸
8 min
—
with
Michael Spitzer
Up Next
Strange Maps
What Does the Internet Actually Look Like?
It’s a web, it’s a cloud – it’s under attack: how outages reveal the actual shape of the internet