Are you a self-actualized person? The American psychologist Abraham Maslow famously proposed in 1954 the “Maslow’s hierarchy of needs” which theorized that psychological health culminated in self-actualization. Maslow saw that as being able to fulfill your potential, becoming your true self.

Now the psychologist Scott Barry Kaufman, from Columbia University, published a study that updates Maslow’s work with modern statistical methods and proposes 10 specific characteristics that are shared by self-actualized people.

The pyramid of human needs devised by Maslow was based on the idea that human motivations follow a prioritizing pattern. The 5-level hierarchy of needs goes from purely “physiological” towards “love”, and “esteem,” with each stage needing to be satisfied before moving on to the next. 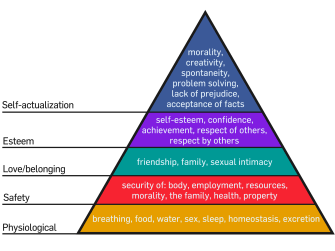 Maslow’s ideas are regarded as humanistic psychology, arising in part as a reaction to Freud’s theory of psychoanalysis and B.F. Skinner’s behaviorism. This line of thought sees individuals as inherently striving towards self-actualization, where their capabilities and creativity are fully expressed. This point of view also regards all people as inherently good and more than the sum of their parts. 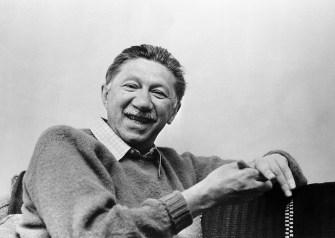 Kaufman updated Maslow’s methods and language and utilized surveys of over 500 people on Amazon’s Mechanical Turk to zero in on 10 characteristics that each made a distinct contribution towards self-actualization.

“Taken together, this total pattern of data supports Maslow’s contention that self-actualised individuals are more motivated by growth and exploration than by fulfilling deficiencies in basic needs,” Kaufman writes.

Another significant takeaway from the study is that people who reach self-actualization ultimately appear to be on the path towards self-transcendence. This observation confirms Maslow’s extension of his own theory in later years with concrete data. The more self-actualized you are, the more one with the world you feel.

If you’d like to know what each concept means in depth, take a look at this breakdown from the study: 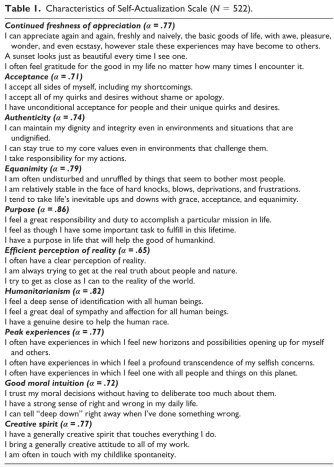 To take the test of self-actualization yourself, go to Barry Scott Kaufman’s website. And if you find yourself not scoring as high as you would like, Kaufman thinks you can develop such characteristics by changing your habits.

“A good way to start with that,” Kaufman told the British Psychological Society’s Research Digest. “is by first identifying where you stand on those characteristics and assessing your weakest links. Capitalize on your highest characteristics but also don’t forget to intentionally be mindful about what might be blocking your self-actualization. … Identify your patterns and make a concerted effort to change. I do think it’s possible with conscientiousness and willpower.”

Check out the psychologist’s new study “Self-Actualizing People in the 21st Century: Integration With Contemporary Theory and Research on Personality and Well-Being” in the Journal of Humanistic Psychology.

Tags
braincreativityhealthmeditationmental healthmindfulnessmotivationpersonalitypsychologyself
In this article
braincreativityhealthmeditationmental healthmindfulnessmotivationpersonalitypsychologyself
Related
The Well
Can we condition ourselves to be heroes?
Neuroscientist Robert Sapolsky on the science of temptation, and the limitations of your brain’s frontal cortex.
▸
6 min
—
with
Robert M Sapolsky
Neuropsych
Psychology studies that go viral are likelier to be bogus
A new 20-year analysis of over 14,000 psychology studies finds that a study’s media coverage is negatively linked to its replicability.
The Learning Curve
Why do high IQ people stagnate in their careers? Emotional intelligence
Research suggests that emotional intelligence is more vital for success than IQ.
How to live after your soulmate has died
Astronomer Michelle Thaller explains the healing power of physics after losing her husband.
▸
7 min
—
with
Michelle Thaller
The Future
Space travel will radically change human psychology and spirituality
We are traveling in a realm that once exclusively belonged to the gods. Space travel will force humanity to rethink everything.
Up Next
The Present
How sexual fantasies affect your relationship
There are two main types of sexual fantasies. One, however, is more destructive than the other.