We all want to be more creative. After all, it’s disruptive technology, the next great book, song, or movie, or the ultimate scientific breakthrough that alters the course of human history. Within creation lies not only fame or fortune, but legacy. You are among the rare few who leave a lasting mark. You’d think an open, rule-free zone would help goose the juices. Experts say in actuality, imposing restrictions is more likely to encourage creativity.

In entrepreneurship, limitations are naturally imposed. For example, it’s your budget, regulations, competitors, and market forces which must be dealt with. In say aircraft design it can be things the laws of aerodynamics, available materials, budget, fuel, and weight. In the arts however, the blank page or canvas can be daunting as such rules don’t often apply. Because of this, many creatives put artificial limitations on themselves.

For example, Miles Davis wrote an entire album, Kind of Blue, without a single chord. Artist Piet Mondrian midwifed Modernism by restricting his paintings to right angles and primary colors. Even Theodore Geisel, better known as Dr. Seuss, restrained himself to produce his most memorable works. Dr. Geisel’s advice, “If you’re someone who writes or paints, don’t be afraid to try constraints!”

In Ikebana or the art of Japanese flower arrangement, negative space is considered crucial. It’s this aspect that allows for novel shapes and dimensions which might not otherwise ever become realized. As one Japanophile put it, “In formality there is freedom.” The tech world offers examples too. Consider Twitter’s character limit, the spare, sleek look of an iPod, and Google’s homepage. 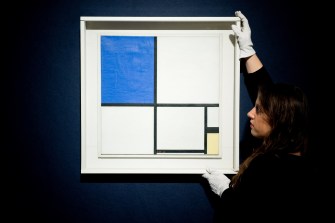 Recently, two parallel experiments published in the journal Psychology of Aesthetics, Creativity and the Arts, added credence to this phenomenon. The study was entitled, “The Green Eggs and Ham Hypothesis.” Why was it named so? The book contains just 50 words, which may have played a role it its development and success. Catrinel Haught-Tromp of Rider University’s psychology department led the study. In two experiments, subjects given certain rules for a task were and continued to be more creative, even when the rules were lifted.

To conduct the first leg of the study, Haught-Tromp and colleagues recruited 64 undergraduates. Each was asked to write a series of rhymes, two lines each. They were told the rhymes were for greeting cards. Participants were split into two groups. One was given eight specific nouns. The other was able to use any nouns they wished. Three judges evaluated their work. “Participants generated more creative rhymes when they had to work with the externally imposed constraint of a given noun,” the judges wrote.

In the second experiment, containing 46 college students, participants were made to write rhymes but were asked to create their own rules and constraints. They first group was told to write down the first four nouns that popped into their head and use them to create their rhymes. Prompts were given to help them compose. Researchers noted that prompts that imposed more restrictions tended to amplify creativity, while those which were less restrictive led to less creative rhymes. Some artists only work with certain mediums or motifs to help boost creativity. Getty Images.

According to Haught-Tromp, those students who slammed up against constraints tended to think more deeply about options. They were also more motivated. Why do constraints tend to make us more creative? According to Haught-Tromp, they help cut down the number of choices to subsets that we find manageable. This allows us to “explore less familiar paths, to diverge in previously unknown directions.”

So how can you use this to conjure your own creative brainstorm at will? No matter the pursuit, change your perspective. Many of us fall into a daily routine. Though comforting, there’s no stimulation or novel thinking involved. Changing things up can give you different experiences.

Get up earlier, take a different bus to work, eat at a different place for lunch. Go to a town or state or country you’ve never been to, or approach someone you never talk to and strike up a conversation. The more novel experiences you have, the more creative you may be when restrictions are thrust upon you.

Next, get out of your comfort zone. Put more restrictions on yourself. If you’re a photographer, try only shooting in black and white or use an SLR camera. Resign yourself to a particular setting or do only portraits. If you’re an artist, consider working only in one medium. How about bringing to life just one motif from a variety of different perspectives, or working with only a basic palate.

If you’re a writer, break down your work into a small cast of characters, work only in third person, or place all your stories within a certain backdrop or historical era. Also, learn how to experiment with different restrictions and see what results you get. Being creative is not only about practicing what you do but how you do it. Constant refinement can surely only garner better results over time.

To learn more about how creativity and limitations are intertwined, click here:

Related
Starts With A Bang
The Universe’s most unbreakable symmetry
The combination of charge conjugation, parity, and time-reversal symmetry is known as CPT. And it must never be broken. Ever.
13.8
The weirdness of quantum mechanics forces scientists to confront philosophy
Though quantum mechanics is an incredibly successful theory, nobody knows what it means. Scientists now must confront its philosophical implications.
Neuropsych
Why is a Starbucks loyalty rewards program making customers so angry?
The rewards price to get a free cup of hot coffee at Starbucks is going up.
Empowering growth
7 essential management training topics for every team leader
From emotional intelligence to problem solving, these management training topics will set team leaders up for success.
Thinking
What if you could rewire your brain to conquer suffering? Buddhism says you can
For Buddhists, the “Four Noble Truths” offer a path to lasting happiness.
Up Next
Surprising Science
Research Reveals That Honeybees Comprehend the Number 0
Apparently bees can understand zero, making them the first invertebrate members of an exclusive club.