Changing anyone’s mind is a difficult task at best. It’s hard to find the best way to make your case, and a new study reveals that persuasion is only partly about your words, anyway — the way you say them provides clues that tell an audience if you’re worth listening to in the first place.

The team studied 297 people’s responses as they read, watched, or listened to opinions regarding topics we all tend to feel strongly about: war, abortion, and rap music. Afterward, researchers asked each subject how they felt about the person making the argument, interested in seeing if that opinion was influenced by the medium of presentation.

In general, and regardless of the form of delivery, people tended not to think too highly of someone voicing an opinion with which they disagreed. The study quotes the late George Carlin’s insight, “Have you ever noticed when you’re driving that anyone who’s driving slower than you is an idiot and anyone driving faster than you is a maniac?” The study asserts it’s all about “dehumanization—that is, representing others as having a diminished capacity to either think or feel, as being more like an animal or an object than like a fully developed human being.” It’s what we do to folks not smart enough to see things our way. 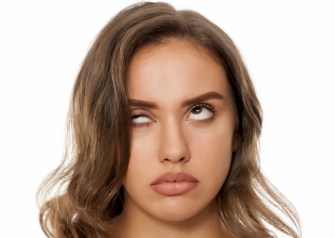 What the study did find, though, is that we base our opinions of these people on more than just their thoughts and ideas as expressed through words. It turns out that listening to someone speak, or watching them do so, leaves the audience considering the speaker less of a dolt, and more someone whose opinions might be worth listening to.

The study employed six “communicators” — three male and three female — representing an extremely pro or con view of the three topics. Each was videotaped speaking directly to a camera for from one to three minutes after which their words were faithfully transcribed.

The subjects, “evaluators,” we’re each questioned as to their own personal views on each topic before being randomly assigned to one of the 18 possible combinations of three communication media — video, audio, or transcript — times six communicators. Considering that each evaluator would be either in agreement or disagreement with their communicator, that made 36 possible trial combinations.

The researchers found that evaluators who were exposed to opinions with which they disagreed by watching or listening were more likely to consider their communicator as having — as the report puts it — “humanlike” qualities. Audible speech seems to provide humanizing information about its speaker beyond what written words can convey.

The researchers also performed a second experiment taking advantage of the strong opinions left over from the bitter U.S. 2016 presidential election. 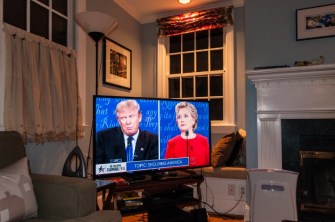 There were 953 evaluators this time, each of whom was first questioned about their preference as a candidate for president. There were 10 communicators — five Trump supporters and five Clinton backers, nine of whom were female. Each evaluator, again assigned randomly to a evaluator/communicator combination watched, heard, or read their communicator’s reason for supporting their candidate.

The results were the same: Those evaluators reading a transcript were more likely to dehumanize the person whose words they were reading.

The study suggest why this is: “We hypothesized that speech is humanizing because a speaker’s voice contains paralinguistic cues that reveal uniquely human mental processes related to thinking and feeling.”

The useful takeaway is that if you’re trying to convince someone of something, don’t do it through email or texts — do it face-to-face, in a video chat, or speak to them by phone. It’ll make it harder for them to dismiss your opinion outright. You may still wind up disagreeing, but at least you’ll be starting with the credibility that comes from being understood as a full-fledge human.

Related
The Past
How the death of alchemy gave birth to modern science
Far from practicing witchcraft, the experimentation of medieval alchemists helped bring about the Scientific Revolution.
The Well
This is what the fourth dimension looks like
Left–Right, Back–Forth, Up–Down. What’s the fourth dimension?
▸
3 min
—
with
Brian Greene
The Present
How heat pumps of the 1800s are becoming the technology of the future
Innovative thinking has done away with problems that long dogged the electric devices — and both scientists and environmentalists are excited about the possibilities.
Starts With A Bang
JWST’s hunt for most distant galaxies gets double boost
Along with gravitational lensing and ALMA’s incredible long-wavelength spectroscopy, JWST is reshaping our view of the early Universe.
Thinking
Finding your essential self: the ancient philosophy of Zhuangzi explained
Adopting a healthy scepticism towards inherited ideas means “emptying the container of the Self.”
Up Next
Big Think Books
When is lying or cheating justifiable?
Cheating is deeply embedded in everyday life. Part of the problem is that many individuals fail to see such behavior as a problem.