Most humans are right-handed. Only about 10% of us are lefties. That’s why we’re so often at odds with the way the world is set up. In school, while everyone else slants their writing to the right, we tilt the other way; in English-speaking cultures, our pages are smudged after we drag our writing hands across freshly inked text. We won’t even talk about scissors. Playing an instrument requires special instruction — think Jimi Hendrix, who played a left-handed guitar — or capitulation — Paul McCartney plays right-handed, upside-down.

It’s widely known that, on average, lefties have a more developed right-side brain hemisphere. This is the part of the brain associated with spatial reasoning and the ability to mentally imagine new orientations and combinations of objects, which may have something to do with the creative abilities of southpaws. Still, even in this regard, lefties are in the minority: only one third of right-brained people are lefties.

Less discussed — and maybe more interesting — is that sinistral and ambidextrous people have a more developed corpus callosum, a tangle of nerves sitting between, and connecting, the two brain hemispheres. Is this so because the left-handed are so often forced to do things right-handedly in a right-handed world? Maybe. Having ready access to both sides of the brain may provide a higher level of information processing.

Whatever the physiological reasons, lefties are unquestionably a little odd. A seemingly disproportionate number of geniuses — Leonardo daVinci, Mozart, Tesla, and Aristotle come to mind — were left-handed, though there’s some debate about whether the left-handed are really more creative. 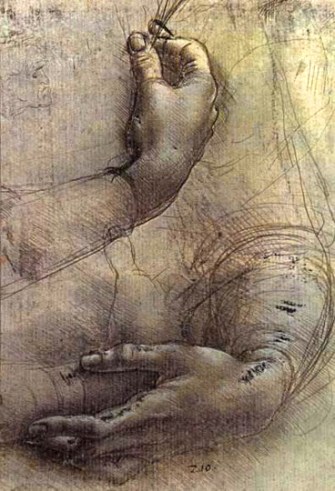 About 30 years ago, an influential study led to a reputation for higher mathematical ability in lefties. In recent years, though, contradictory studies have suggested this may not really be so. One even found that in math, they scored lower than righties. Only in reading did they come out on top.

Researchers Giovanni Sala and Fernando Gobet decided to conduct a new study to nail down the truth behind lefties’ reputation for prowess in math. Their findings are summarized in an article they penned for The Conversation. 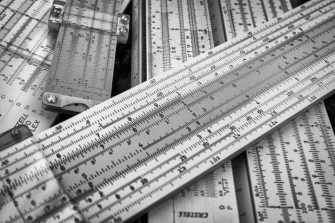 Their study involved 2,300 primary and high school students. Each was qualified for handedness by answering Edinburgh inventory questions regarding their preferences for a variety of tasks including writing, drawing brushing, and throwing. Being a leftie or a righty isn’t actually a binary either/or characteristic, but rather a range of hand preferences.

Sala and Gobet had their subjects solve a series of math problems of varying difficulty. When the results for all the students were tallied, they found that:

So the results suggest that left-handed students do, in fact, have an edge when it come to advanced mathematics, with the strongly right-handed at a disadvantage in that area.

Fulfillment at work isn’t about finding your passion; it’s about cultivating the relationships that create a sense of belonging.
Up Next
Starts With A Bang

The Earth and Sun, not so different from how they might have appeared 4 billion years ago. Yet daily or even hourly changes can tell us incredible information about near-term […]