Why The Future of Neuroscience Will Be Emotionless 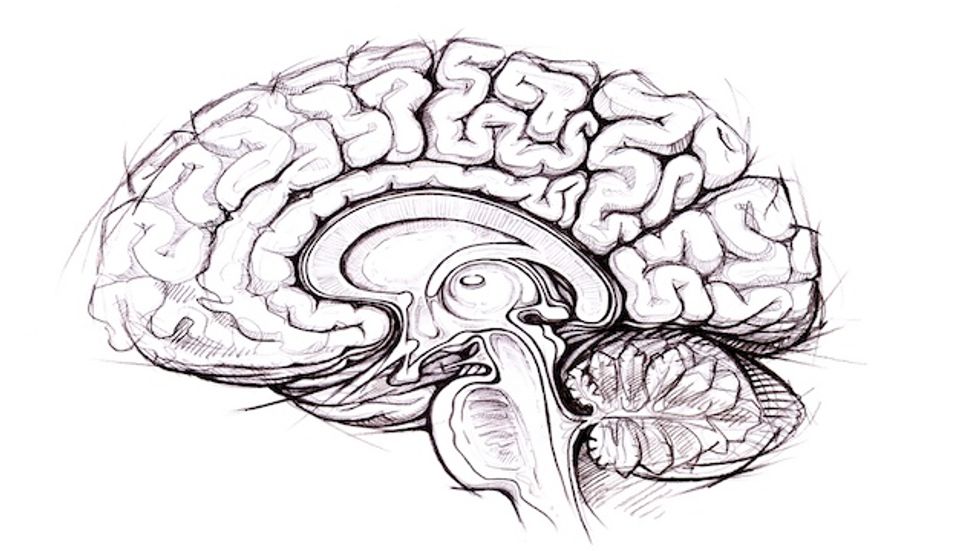 Hello readers. I've been on vacation for the last several days. Here's an old post from my previous blog WhyWeReason.com to fill the void. It's about a paper by the NYU neuroscientists Joseph LeDoux, who argues that cognitive science needs to rethink how it understands emotions.

In Phaedrus, Plato likens the mind to a charioteer who commands two horses, one that is irrational and crazed and another that is noble and of good stock. The job of the charioteer is to control the horses to proceed towards Enlightenment and the truth.

Plato’s allegory sparked an idea that perpetuated throughout the next several millennia in western thought: emotion gets in the way of reason. This makes sense to us. When people act out-of-order, they’re irrational. No one was ever accused of being too reasonable. Around the 17th and 18th centuries, however, thinkers began to challenge this idea. David Hume turned the tables on Plato: reason, Hume said, was the slave of the passions. Psychological research of the last few decades not only confirms this view, some of it suggests that emotion is better at deciding.

We know a lot more about how the brain works compared to the ancient Greeks, but a decade into the 21stcentury researchers are still debating which of Plato’s horses is in control, and which one we should listen to.

A couple of recent studies are shedding new light on this age-old discourse. The first comes from Michael Pham and his team at Columbia Business School. The researchers asked participants to make predictions about eight different outcomes ranging from American Idol finalists, to the winners of the 2008 Democratic primary, to the winner of the BCS championship game. They also forecasted the Dow Jones average.

Pham created two groups. He told the first group to go with their guts and the second to think it through. The results were telling. In the American Idol results, for example, the first group correctly predicted the winner 41 percent of the time whereas the second group was only correct 24 percent of the time. The high-trust-in-feeling subjects even predicted the stock market better.

Pham and his team conclude the following:

Results from eight studies show that individuals who had higher trust in their feelings were better able to predict the outcome of a wide variety of future events than individuals who had lower trust in their feelings…. The fact that this phenomenon was observed in eight different studies and with a variety of prediction contexts suggests that this emotional oracle effect is a reliable and generalizable phenomenon. In addition, the fact that the phenomenon was observed both when people were experimentally induced to trust or not trust their feelings and when their chronic tendency to trust or not trust their feelings was simply measured suggests that the findings are not due to any peculiarity of the main manipulation.

Does this mean we should always trust our intuition? It depends. A recent study by Maarten Bos and his team identified an important nuance when it comes to trusting our feelings. They asked one hundred and fifty-six students to abstain from eating or drinking (sans water) for three hours before the study. When they arrived Bos divided his participants into two groups: one that consumed a sugary can of 7-Up and another that drank a sugar-free drink.

After waiting a few minutes to let the sugar reach the brain the students assessed four cars and four jobs, each with 12 key aspects that made them more or less appealing (Bos designed the study so an optimal choice was clear so he could measure of how well they decided). Next, half of the subjects in each group spent four minutes either thinking about the jobs and cars (the conscious thought condition) or watching a wildlife film (to prevent them from consciously thinking about the jobs and cars).

Here’s the BPS Research Digest on the results:

For the participants with low sugar, their ratings were more astute if they were in the unconscious thought condition, distracted by the second nature film. By contrast, the participants who’d had the benefit of the sugar hit showed more astute ratings if they were in the conscious thought condition and had had the chance to think deliberately for four minutes. ‘We found that when we have enough energy, conscious deliberation enables us to make good decisions,’ the researchers said. ‘The unconscious on the other hand seems to operate fine with low energy.’

So go with your gut if your energy is low. Otherwise, listen to your rational horse.

Here’s where things get difficult. By now the debate over the role reason and emotion play in decision-making is well documented. Psychologists have written thousands of papers on the subject. It shows in the popular literature as well. From Antonio Damasio’s Descartes’ Error to Daniel Kahneman’s Thinking, Fast and Slow, the lay audience knows about both the power of thinking without thinking and their predictable irrationalities.

But what exactly is being debated? What do psychologists mean when they talk about emotion and reason? Joseph LeDoux, author of popular neuroscience books including The Emotional Brain and The Synaptic Self, recently published a paper in the journal Neuron that flips the whole debate on its head. “There is little consensus about what emotion is and how it differs from other aspects of mind and behavior, in spite of discussion and debate that dates back to the earliest days in modern biology and psychology.” Yes, what we call emotion roughly correlates with certain parts of the brain, it is usually associated with activity in the amygdala and other systems. But we might be playing a language game, and neuroscientists are reaching a point where an understanding of the brain requires more sophisticated language.

As LeDoux sees it, “If we don’t have an agreed-upon definition of emotion that allows us to say what emotion is… how can we study emotion in animals or humans, and how can we make comparisons between species?” The short answer, according to the NYU professor, is “we fake it.”

With this in mind LeDoux introduces a new term to replace emotion: survival circuits. Here’s how he explains it:

The survival circuit concept provides a conceptualization of an important set of phenomena that are often studied under the rubric of emotion—those phenomena that reflect circuits and functions that are conserved across mammals. Included are circuits responsible for defense, energy/nutrition management, fluid balance, thermoregulation, and procreation, among others. With this approach, key phenomena relevant to the topic of emotion can be accounted for without assuming that the phenomena in question are fundamentally the same or even similar to the phenomena people refer to when they use emotion words to characterize subjective emotional feelings (like feeling afraid, angry, or sad). This approach shifts the focus away from questions about whether emotions that humans consciously experience (feel) are also present in other mammals, and toward questions about the extent to which circuits and corresponding functions that are relevant to the field of emotion and that are present in other mammals are also present in humans. And by reassembling ideas about emotion, motivation, reinforcement, and arousal in the context of survival circuits, hypotheses emerge about how organisms negotiate behavioral interactions with the environment in process of dealing with challenges and opportunities in daily life.

Needless to say, LeDoux’s paper changes things. Because emotion is an unworkable term for science, neuroscientists and psychologists will have to understand the brain on new terms. And when it comes to the reason-emotion debate – which of Plato’s horses we should trust – they will have to rethink certain assumptions and claims. The difficult part is that we humans, by our very nature, cannot help but resort to folk psychology to explain the brain. We deploy terms like soul, intellect, reason, intuition and emotion but these words describe very little. Can we understand the brain even though our words may never suffice? The future of cognitive science might depend on it.