Tourists as Inverse Role Models, or the Benefits of Optionality 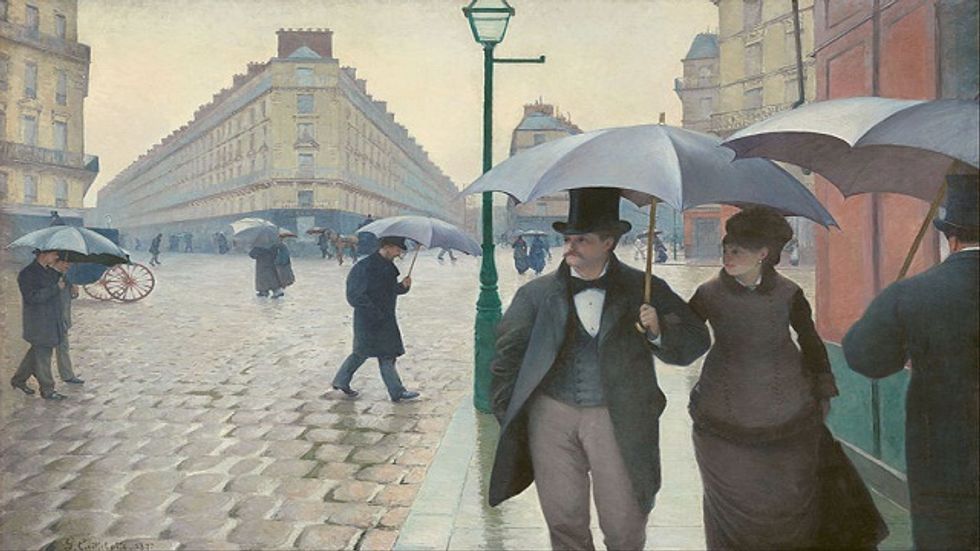 The benefits of tourism in New York City (or any city) are not only financial. Tourists are anti-beacons: wherever they flock, residents like me immediately know where not to go. When I travel to other cities I use this heuristic in my favor, which is why I gravitate towards the corners of a city where tourists are nowhere and stimulating cafes are everywhere (perfect environments for thinking and writing).

I’ve noticed that my fellow New Yorkers agree with me in the first regard. The term “New Yorkers” does not necessarily denote someone who is from New York but someone who exists in New York not as a tourist. So we bond not over our origins but mutual annoyances: the insanity of Times Square, photographers in Grand Central Station, and slow walkers. At the same time, I’ve witnessed New Yorkers travel abroad and become the very tourists they scorn. They don’t realize that it shouldn’t matter if you are a visitor or a local: it is always better to go where tourists are not.

I’ve noticed another inconsistency. A New Yorker will complain about the day-to-day trenches of adult life and then, to escape the predictability, plan a vacation down to the minute. It’s nauseating. If I could predict how my day would exactly transpire, part of me would feel dead. My mom, the best tourist I’ve ever met, maintained a rule of thumb to avoid this: “let’s get lost” was her mantra.

Charles MacKay’s 1841 opus Extraordinary Popular Delusions and the Madness of the Crowds comes to mind here. I’ve only read excerpts, but enough to see how brilliantly MacKay captures our sheepish tendencies: If someone stops and looks up, passersby will look up; if someone donates money to a homeless person, witnesses are motivated to do the same; once one person crosses the street, the herd follows. MacKay would have enjoyed observing locals and tourists in New York – if he could tell them apart.

If touristification, as Nassim Taleb defines it, is the systematic removal of uncertainty and randomness, then the “let’s get lost” mantra is an attempt to incorporate a certain dose of uncertainty and randomness into life. It turns out that this has some merit in the workplace. Fast Company is sub-par and repetitive, but I’ve read a few good articles about how businesses are designing their offices so employees cross paths (literally) more often. Pixar is the paragon here. It’s said that Steve Jobs insisted that the entire headquarters only have two bathrooms, thus forcing the designers to mingle with the producers, the directors to mingle with the writers, etc. I recently traveled to the opulent headquarters of a large business here in New York. The people bored me to tears but the office was impressive. When I arrived, I took an elevator up a number of floors only to walk down several flights of stairs. I later learned that the elevators stopped at every other floor. This apparently forced employees to walk long distances and through different departments. Again, the mind benefits from a bit of randomness and uncertainty (although this particular company has never been revered for their creativity).

Science, too, benefits from a degree of haphazardness. Alexander Fleming was once investigating something he knew (the properties of staphylococci) when he discovered something else (penicillin) thanks to his untidy tendencies around the laboratory. Similarly, Viagra was originally designed to be a hypertension drug. Many years ago, as a student, I spent three weeks in the Golan Heights excavating a Roman Temple from the Hellenistic period. The site was overseen by a friend – a classics professor at Macalester College – who explained that a fierce brush fire uncovered the ruins. So while we glorify the scientific method, it’s critical to remember that without serendipity, discovery would grind to a halt.

Mother Nature seems to have endowed the mind with an underlying appreciation for the potential benefits of the unknown. I’ve watched enough sport contests to know that a high degree of uncertainty is correlated with the largest payoffs. There are few things in life more pleasurable than last minute heroics with like-minded fans, which is why watching Landon Donovan score a goal against Algeria in the 2010 World Cup released the most potent dose of euphoria I’ve ever experienced. I imagine that poker players receive a similar pleasure when a favorable hand returns a large pile of poker chips as anticipated, but not known for sure. A random bump-in with a friend in a foreign airport is a rare joy in life. The seeds of most marriages (choice-marriages) are usually unintentionally planted – anyone who has been to a wedding more than once is familiar with this narrative. I’m currently listening to Pandora, the online radio streaming service. Not knowing what’s coming next (but knowing that you’ll probably like it) is the enjoyable part. Even our taste buds “know” about the benefits of the unknown: eating something unexpectedly good is much better than eating something you expect to be good.

Note how these examples are in opposition to modernity, where predictability and certainty are virtues. There are benefits, of course, to knowing how the future will unfold, but our insatiable quest for complete control produces a number of irrationalities. Consider placebo buttons, which David McRaney brought to my attention. Computers have effectively eliminated the “push to cross” buttons at cross walks. Years ago, a few cities were going to remove these devices, but to save money officials simply kept them. No one complained. The “close door” buttons in elevators are also placebos and thermostats are only capable of moving the temperature a few degrees in either direction – a few buildings contain noise generators to reinforce the illusion that employees are actually changing the temperature. We enjoy the idea that we control our surroundings, even if that idea is a fantasy.

The sooner you stop trying to control the world the better, and I can assure you that this is not as fatalistic as it sounds. Let’s return to tourists. There are two ways to explore a city. The first is to schedule things, plan things, and sign up for those heinous tours that make humans look like cattle. The problem here is once you have an itinerary you can be late for things, or even miss them. Worse, you cannot revise your plans, or your destination. The second approach is embodied by the “flâneur”, an idea the French poet Charles Baudelaire wrote about. For Baudelaire, the flâneur is the opposite of a tourist. He is a stroller and a wanderer – a connoisseur of the street. If he wants to go somewhere, he does. Free from a schedule, he can only catch trains and never miss them. (Silicon Valley entrepreneurs have a term for this: “pivoting.”)

The advantage the flâneur has over the tourist is optionality. That is, in life, it’s always better to have a few options than to set one fixed course (to a certain degree). Just ask bar hoppers and college students: they embrace a live in the moment attitude, which means they welcome the randomness a typical night may deliver while an uptight scheduler is crushed when things inevitably do not follow “the plan.” In other words, if you have optionality, you crave variability and unpredictability – you know planning is futile, so you look forward to the unexpected.

I end with a quote from Seneca the Younger

The greatest flaw in life is that it is always imperfect, and that a certain part of it is postponed. One who daily puts the finishing touches to his life is never in want of time. And yet, from this want arise fear and a craving for the future which eats away the mind. There is nothing more wretched than worry over the outcome of future events; as to the amount or the nature of that which remains, our troubled minds are set aflutter with unaccountable fear.