Is Too Much Familiarity Bad For Creativity?

“Too much experience…may restrict creativity because you know so well how things should be done that you are unable to escape to come up with new ideas.” 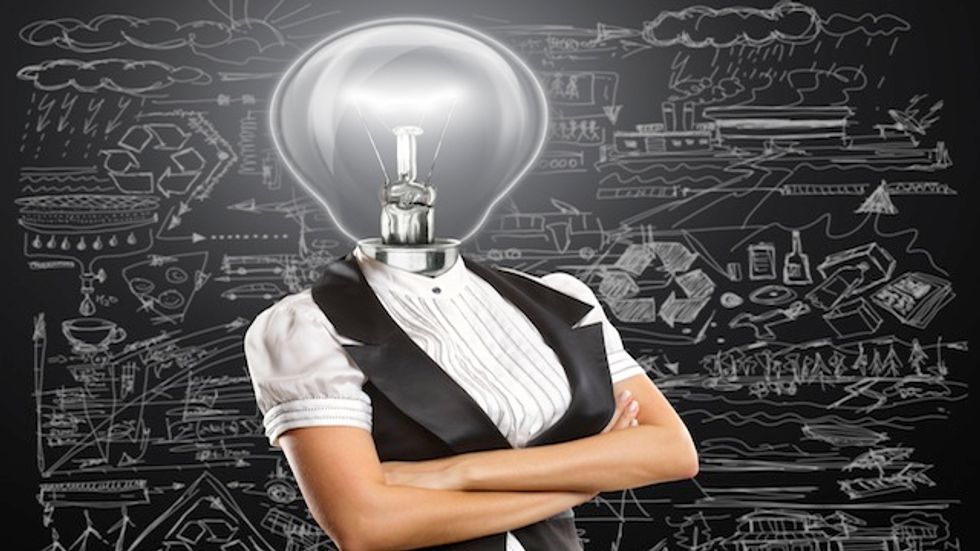 Several years ago University of California at Davis professor Dean Simonton conducted a study that examined more than three hundred creative geniuses born between 1450 and 1850. The list included thinkers Liebniz and Descartes, scientists Newton and Copernicus and artists Vinci and Rembrandt. He compared the relationship between their education and eminence, a metric he determined by an array of criteria. He plotted the graph and found an inverted U sparking the following conclusion: “The most eminent creators were those who had received a moderate amount of education, equal to about the middle of college.”

Simonton’s research highlights a commonly held notion: too much familiarity can be detrimental to creativity. The problem, Simonton hypothesizes, is that creativity benefits from an outsider’s mindset. “Too much experience…” on the other hand, “may restrict creativity because you know so well how things should be done that you are unable to escape to come up with new ideas.” It seems reasonable, then, to suggest that, “if you want a creative solution to a problem, you’d better find someone who knows a little about the situation but not too much.”

Consider the clever website InnoCentive.com. The premise is simple: ‘Seekers’ go to post problems for ‘Solvers.’ The problems range from “Recovery of Bacillus Spore from Swabs,” to “Blueprints for a Medical Transportation Device for Combat Rescue.” They are usually posted by large corporations, so the rewards can be lucrative - sometimes millions of dollars.

There are two things remarkable about InnoCentive, each brought to light by a study conducted by researchers at Harvard Business School. The first is that it works; about 33 percent of the problems are solved on time. The second is that solvers tend to solve problems that are at the fringe of their expertise. If a biochemistry problem only attracted biochemists it tended to remain unsolved. But if the same problem was tackled by, say, a molecular biologist or an organic chemist the chances were greater that the problem would be solved. Outside thinking was vital.

Think about the failures of expertise, as the author of Talent is Overrated Geoff Colvin does: “Why didn’t Western Union invent the telephone? Why didn’t U.S. Steel invent the minimill. Why didn’t IBM invent the personal computer? Over and over, the organizations that knew all there was to know about a technology or an industry failed to make the creative breakthrough that would transform the business.”

Is too much expertise killing creativity?

Well, not exactly. Colvin goes on to remind readers that the greatest innovators of any field share a few characteristics in common: years of intensive preparation and technical competence. Great innovations, he says, are roses that bloom after long and careful cultivation.

He considers James Watson’s and Francis Crick’s discovery of the structure of DNA. Colvin cites the research of Robert Weisberg, who showed that several other distinguished scientists were trying to solve the same problem at the same time. Colvin argues that, “if we presume that too much familiarity with a problem is a disadvantage, then we would expect to find that Watson and Crick came at this one unburdened by the excessive data that clouded the thinking of the other researchers. But in reality, the story was just the opposite.”

The larger point is that creative breakthroughs require about 10,000 hours or ten years of deliberate practice within a given field:

The most eminent creators are consistently those who have immersed themselves utterly in their chosen field, have devoted their lives to it, amassed tremendous knowledge of it, and continually pushed themselves to the front of it. Zero evidence supports the conclusion that too much knowledge might be a hindrance in creative achievement.

And what about the success of InnoCentive? What’s important is not to be an outsider, but to have an outsider’s mindset. People at the fringe of their expertise solved problems on InnoCentive, but they were still solving problems within their general field of expertise. Indeed, innovation occurs at the boundary of disciplines, but you’ll never hear about a novelist winning a Nobel Prize in physics.

As for Simonton’s study, it’s important to remember that during the period that his subjects existed – 1450-1850 – many fundamental principles of the scientific method were still unknown. It was still possible - especially in the first half of that 400 year stretch - for someone to be an expert in multiple disciplines. Moreover, a high-level degree in, say, 1650, didn’t confer much.

Today’s landscape is much different – all the low hanging fruit is good. A breakthrough in any field requires exclusive preparation in that field; even experts don’t know everything about their field. So it’s important to maintain a skeptical point of view and think like an outsider. But when it comes to creative breakthroughs, the more familiarity the better.