Between Cliché and Creativity: The Psychology of Expectations in Story 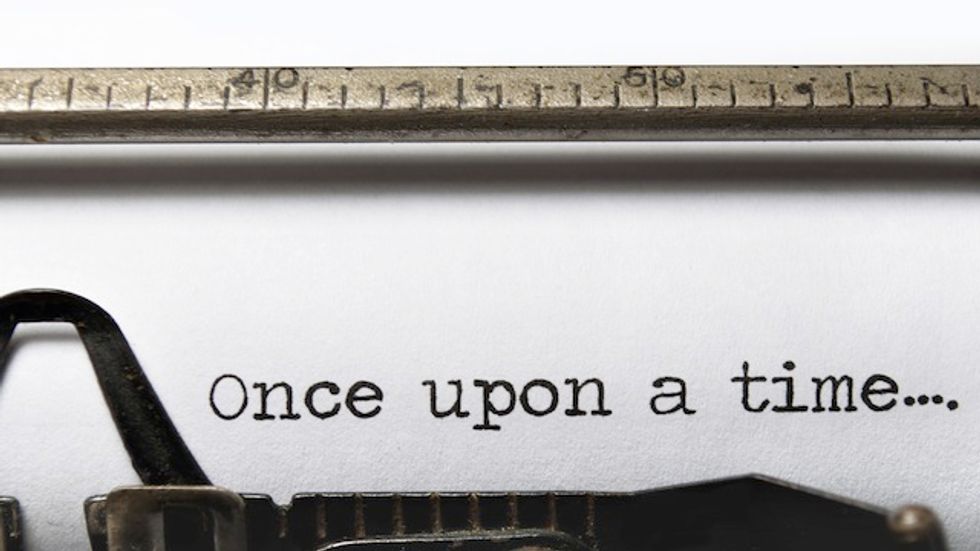 The Bulwer-Lytton Fiction Contest is an annual competition created by Scott E. Rice, Professor of English at San Jose State University, in which participants are invited "to compose the opening sentence to the worst of all possible novels." Rice named the contest after the English novelist and playwright Edward George Bulwer-Lytton, who is famous for the opening line, “It was a dark and stormy night,” which comes from his 1830 novel, Paul Clifford.

This year, Cathy Bryant from Manchester, England, won first prize for this gem:

As he told her that he loved her she gazed into his eyes, wondering, as she noted the infestation of eyelash mites, the tiny deodicids burrowing into his follicles to eat the greasy sebum therein, each female laying up to 25 eggs in a single follicle, causing inflammation, whether the eyes are true the windows of the soul; and, if so, his soul needed regrouting.

The Bulwer-Lytton Fiction Contest is, in effect, a commentary on clichés. The problem with Bryant’s paragraph, aside from the long-winded, jargon heavy description of the man’s face, is that it centers on one of the most clichéd similes in literature: the eyes as a window into the soul.

If good writing stimulates, the hallmark of a good writer is his ability to surprise the reader. To this end the problem with clichés is their predictability. A captivating story builds up tension; it generates expectations until somewhere near the end the writer incorporates a twist that catches the reader off guard. A well-placed ruse might be shocking at first but it is ultimately more rewarding. Average writers deliver what’s expected; good writers maintain a certain level of unpredictability. As Dali put it, "The first man to compare the cheeks of a young woman to a rose was obviously a poet; the first to repeat it was possibly an idiot."

One way to avoid clichés is to ditch traditional plot lines and focus on life as it is actually lived. This is the goal of some postmodern writers. The problem with this so-called hyperrealist fiction is it does away with the most important element of story: conflict.

There’s a memorable scene in Charlie Kaufman’s 2003 movie, Adaptation that highlights the inherent problem with trying to avoid clichés. The main character Charlie Kaufman (played by Nicolas Cage) attends a screenwriting seminar by Robert McKee, a legendary screenwriting teacher who lectures on good screenwriting principles and techniques (the character is based off of the real Robert McKee who is famous for writing the book Story, which is said to have influenced countless Hollywood screenwriters). Finding McKee’s recommendations clichéd, Kaufman asks: “What if the writer is attempting to create a story where nothing much happens, where people don’t change? They don’t have any epiphanies. They struggle and are frustrated and nothing is resolved; more of a reflection of the real world.”

Unimpressed, McKee responds with a diatribe against Kaufman’s hyperrealism:

The real world? The real fucking world? First of all, you write a screenplay without conflict or crisis, you’ll bore your audience to tears. Secondly, nothing happens in the world? Are you out of your fucking mind? People are murdered every day. There’s genocide, war, corruption. Every fucking day, somewhere in the world, somebody sacrifices his life to save somebody else. Every fucking day, someone, somewhere takes a conscious decision to destroy someone else. People find love, people lose it. For Christ’s sake, a child watches a mother beaten to death on the steps of a church. Someone goes hungry. Somebody else betrays his best friend for a woman. If you can’t find that stuff in life, then you, my friend, don’t know crap about life. And why the fuck are you wasting my two precious hours with your movie? I don’t have any use for it! I don’t have any bloody use for it!

McKee is right. Despite Kaufman’s obsession with originality, avoiding clichés altogether is impossible and unnatural. This is the paradox of clichés: writers strictly avoid them even though an effective story requires them. To this end a good story balances what’s expected with the unforeseen; it compensates for overused phrases, plot lines or characters with moments of surprise and unexpectedness. The question is why most people don’t mind clichés while experienced writers fiercely reject them. Why, in other words, do the majority gush over big blockbusters with happy endings while a minority of experts (the critics) lampoon them? Why does an acclaimed writer such as Charlie Kaufman dedicate a whole screenplay to lambasting them?

The answer is a brief lesson in evolutionary psychology. From an evolutionary perspective the brain’s capacity to accurately predict the future confers significant biological advantages. Natural selection favored our ancestors who developed cognitive mechanisms that could foresee and compute the probability of future events. When they predicted accurately they were rewarded; when they didn’t they were doomed.

The same general process occurs when we engage a story. We take great pleasure in accurately predicting how a book or movie will end. People enjoy J.K. Rowling books and Michael Bay movies because they are familiar and easy to predict and because familiarity and accurate predictions are pleasurable. The disappointment of an inexperienced reader or moviegoer is the disappointment of someone not having his or her aesthetic expectations confirmed. They were expecting X but they got Y; a story is rarely enjoyable when it’s hard to follow.

What’s different about experts? Why do they welcome unexpected plot twists and criticize clichés? Another paradox is that although the brain benefits from making accurate predictions it also takes pleasure in getting faked-out. Writing in a slightly different context the cognitive scientist Matthew Hurley suggests that this is not necessarily because humans enjoy getting tricked but because we enjoy the feeling of “figuring it out.” This acute sentiment is called mirth, and Hurley defines it as “the pleasure in unearthing a particular variety of mistake in active belief structures.” A good writer evokes mirth by tricking the reader into believing the story is headed in one direction when it is actually going in a different direction. To a certain extent laypeople enjoy surprising plot twists too – Harry Potter and Armageddon aren’t totally predictable. The difference between them and experts is that it takes a higher level of sophistication on behalf of the writer to trick the expert.

Another answer to the question of why the brain is attracted to both predictability and surprise is that novelty plays a crucial role in how we appreciate not just stories but all types of art. As a general rule the brain seeks novel stimuli: babies get tired of toys, adults get tired of the same sitcoms, and it’s nearly impossible for anybody to enjoy the same song on repeat. This happens because of habituation, or the gradual loss of interest from repeated stimuli. The late cognitive psychologist Colin Martindale calls habituation “the single force that has pushed art always in a consistent direction ever since the first work of art was made.” The goal of the artist is to counter habituating audiences by finding the right balance between the new and the old. (Typically, a small dose of novelty suffices – anything entirely unfamiliar is usually meet with confusion and sometimes chaos.) The difference between the novice and the expert is that the expert maintains higher standards for what counts as novel. Impressing the expert is challenging because matching his criteria for novelty requires a high degree of talent and original thinking.

In sum, good writing is mostly familiar with moments of unforeseen yet sophisticated new ideas, plot lines or characters. What we consider novel is relative to our experience; the more exposure we have to a genre the higher are standards are. Novelty is important because it counters habituation and influences moments of mirth, which are particularly difficult to instill in the mind of an expert. Bulwer-Lytton’s, “It was a dark and stormy night,” has a special place in writing because its overuse is universally acknowledged; it is the common denominator of unoriginal writing.