What Species is God?

I decided that I would attempt to scientifically figure out where on the phylogenetic tree, which is the master map of all the species on earth, where you might put God. 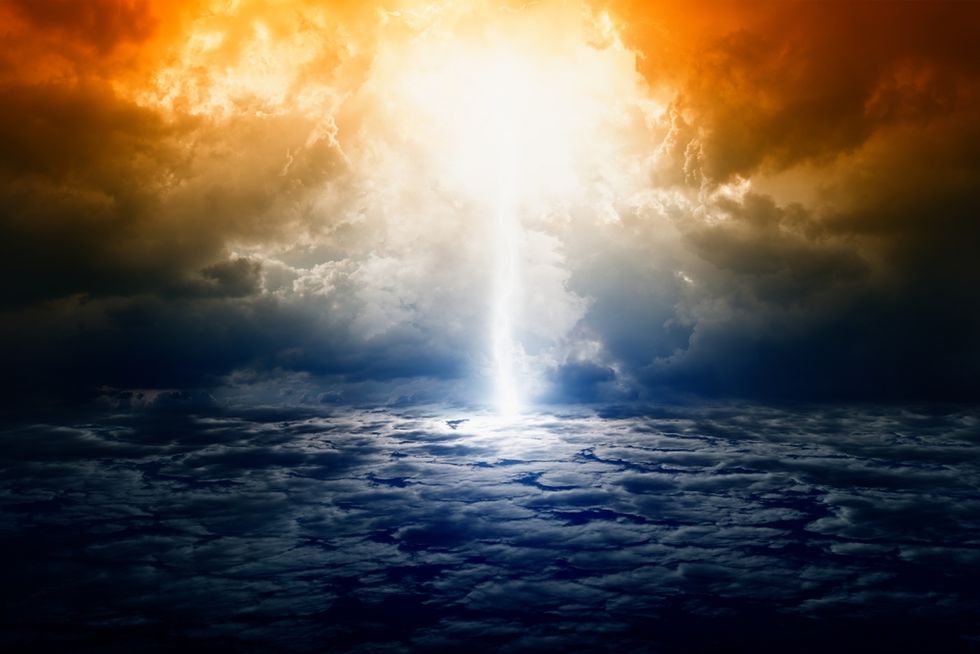 Science and religion both have very particular ideas about how the world works, ideas that potentially are not totally compatible but that are overlapping.

Science claims to be a system that can discover absolutely anything that is totally comprehensive.  Religion also claims a comprehensiveness that is based in reality where God, whatever that deity may be, is absolutely real, maybe even more real than anything or anyone else.

So I got to thinking that perhaps these two systems needed to find a way to talk to each other or at least to cross paths.  And to do that I took as the basis of a sort of a thought experiment, central beliefs from each of the two systems that seems on the surface to be completely incompatible.  Namely, I took God to be as literally real as you and I, as a building, a dog, a cat anything else.  And I took science at its word that it could learn everything about everything about anything that was real, anything that had any substance in the world.

To do that I decided that I would attempt to scientifically figure out where on the phylogenetic tree, which is the master map of all the species on earth, where you might put God.

What species is God?  That was a question that I asked myself.  And then I had to find a way to address it scientifically.  So science has many different ways in which you can pursue such a question.  Probably the most obvious would be to obtain DNA for God but I couldn't get my hands on that.

So another possibility I realized was to attempt to genetically engineered God in a laboratory.  And so I found collaborators at UC Berkeley and several other institutions who are willing to help me through that process using something known as Continuous in Vitro Evolution, which essentially is an accelerated and directed version of natural selection in which you apply environmental pressures on a given population of an organism in such a way that you favor certain random mutations over others and you sort of force Darwin's hand.

You put evolution in one direction versus another.  It works very well for instance if we're talking about bacteria making them better able to absorb oil spills for instance.  But nobody had ever tried this in terms of attempting to genetically engineered God.

So I set up my experiment and saw where it went.  I took two different candidate species, two species that were based on the best source material that I could find, the Bible for instance and various other religious tracks that on the one hand tell us that God came first and on the other hand that told us that God created man in his image.  So it seemed that I should look to the earliest extant species, which are cyanobacteria on the one hand and I should like to humans on the other.

Well humans are very difficult to work with in the laboratory over multiple generations so I worked with essentially a surrogate that was more or less the same when you look at the whole phylogenetic tree, which are fruit flies.  So over the course of seven days and nights, the standard biblical period of time, I used Continues in Vitro Evolution in which my environmental pressure was prayer.  I figured that since people are always praying to God maybe there is some way in which God metabolizes worship.  So I took leading prayers for each of the major monotheistic religions and as a control group I used exclusively talk radio.

So over seven days and nights I ran the experiment.  And then I looked for one of the qualities that is often associated with godliness as a way of measuring these two different species against each other in terms of their incipient godliness.  That is that God is supposed to be omnipresent, which essentially sounds to me like rampant population growth.  So I did population growth studies on both cyanobacteria and fruit flies, statistically adjusted according to their replication rate and various other factors in order to keep this absolutely scientifically on the up and up.

Finally I was able to publish my research in which I discover according to these two very preliminary pilot studies that God is more closely related, phylogenetically speaking, to bacteria then to us.  This is just the basis of course for many future experiments that I hope others will undertake having read this research and having figured out far better or certainly different methodologies for pursuing this sort of question.