The Preacher Gave the Sermon. Bach Made it Sing.

Music is not always the compliant hand servant, the maid servant of text.  It can operate according to its own rules and it can function quite differently. 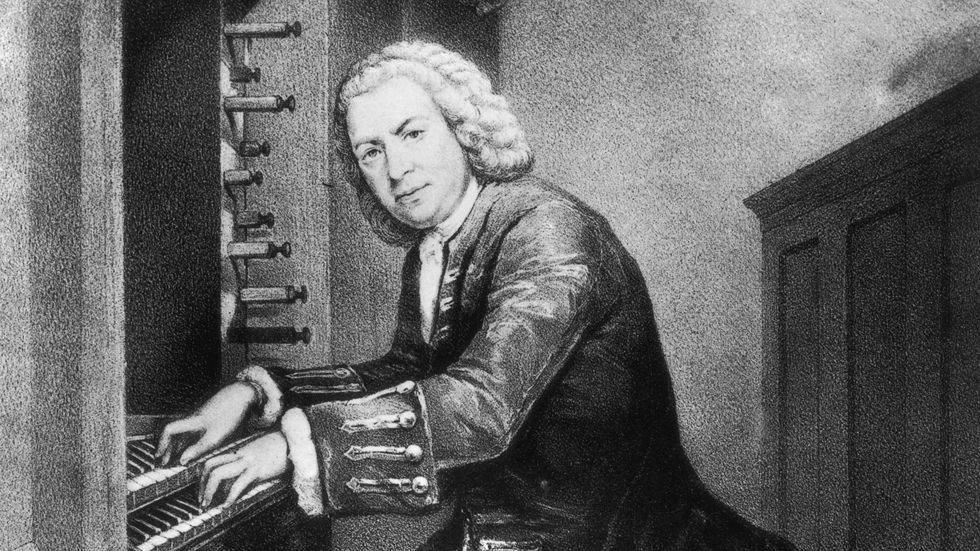 The amazing thing about Johann Sebastian Bach more than any other composer I can think of is that he tolerates such a diversity of different interpretations.  You can play him on an organ.  You can play him on a Moog synthesizer.  You can play him sung by a mass choir, a huge symphony orchestra or a minimalist ensemble of just one voice or one instrument per part.  And he still comes through.  You can transcribe his cello music for mandolin, for any single instrument and it still packs its punch and comes over with extraordinary pathos and attractiveness, too.

Because contrary to the popular image I think that many people have of Bach as being a bit kind of mathematical and remote and severe, the music itself tells you something quite different.  The music is complex.  The music is mathematical.  But it has amazing dance impregnated rhythm and secularity. Even when he’s writing to the glory of God there is a sense of kind of secular joy, secular ebullience and effusion in his writing which makes it so attractive.  And it leaps over all the boundaries of nationality, of date, of period.  And really it reinforces the idea that this is music that is for our time.

I feel this particularly strongly as regards the church cantatas that he wrote and we’ve got about 200 of them.  There may have been many more but have got lost in the sands of time that either were burned or used to light fires or just perished.  They’re extraordinary pieces because in a way you could think nothing more irrelevant to our times because they were written for a very specific moment in a church service within the liturgy of a parochial liturgy in a provincial town in Germany.  And yet there is something about the way that Bach formulates his music that leaps over all those obstacles and those division and speaks to us very directly now.

And I think it’s representative of his urgent need to communicate and to impart his own feelings.  Not just to be a compliant servant of the clergy of the church but to have his own views as to how the Christian doctrine appeals to him and also how he thinks it applies to his fellow man.  Because there’s no doubt about it, he puts his own spin on the texts.  And that, I suppose, begs the whole question of the relationship between music and text.

Music is not always the compliant hand servant, the maid servant of text.  It can operate according to its own rules and it can function quite differently.  And in counterpoint to the text it’s supposed to be elucidating.  And never is this more true in the case of Bach where the sermon would be delivered by the preacher and it would be laying down the law of the particular theme of the week which is based on the gospels or the epistle.  But the moment that Bach gets his hands on it he can then alter the speed of delivery.  He can alter the repetitions, the emphases, the way it comes over rather like a reiteration, like somebody who is giving a speech.

But a speech encoded, encrusted with the extra richness that music brings as a result of the interplay of all the factors of music – the harmony, the counterpoint, the polyphony, the orchestration, the individual timbre of instruments, the tessitura.  All these things which make it incredibly rich and a highly developed form of human utterance.