Alan Turing's Answer to the Critics of the Future

We are only creating the mansions for the souls that only He can create. 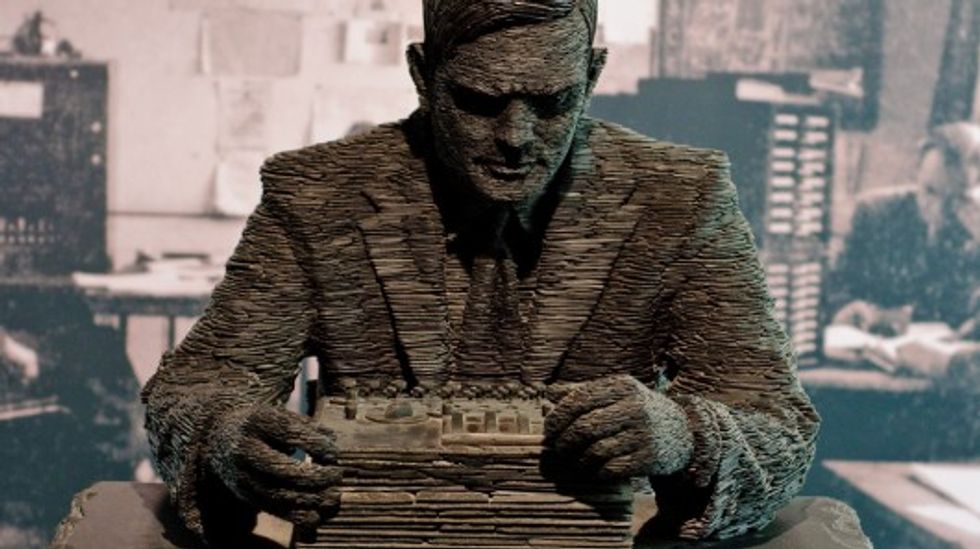 The entire computational structure of the world today really is a cathedral in the sense that a cathedral is built by thousands of anonymous people over centuries sometimes.  And, in the end, you have this large, beautiful structure but you can't point to any one part of it that says that was done by this person, this was done by somebody else.  It was just done by people working together.

Alan Turing gets the title credit in my book because I think it was his idea that was at the foundation of us succeeding in building this cathedral.

So why did the word cathedral came into my mind?  Turing didn't write that much, so it doesn't take long to read everything Alan Turing wrote.  He died tragically at age 41.  So in the same paper in which he proposes what we call the Turing test, he was talking about building intelligent machines, he preemptively addresses his critics.  He’s speaking to the future.

People are going to say "don't create intelligent machines."  Only God can do that.  You know, "don't play God," the same agreement against stem cell research.  Turing answers those critics by saying when we create such intelligent machines, we are no more creating souls than we are procreating children.  We are only creating the mansions for the souls that only He can create.

When I was struggling to start writing this book I went to Google as a guest to speak about the origins of this project and an engineer there gave me a very inside, detailed tour of what they were doing and I was amazed.  I mean, I couldn't believe it.  I mean, what Google was doing in 2005 was really something.  Now, we sort of take it for granted.

They have a million servers and they all this stuff.  At that time, that was truly a revelation.  And I walked out of there that afternoon after giving my talk and getting this tour, it just came into my mind.  The words came to me.  You know, this is not Turing’s mansion.  This is Turing’s cathedral.  You know, this is like so big it’s not even a mansion.  It’s a cathedral.