World music’s most striking feature is its diversity. A quick survey of modern musical styles demonstrates this variation, as there seems little in commonality between the melodious flow of jazz, the tonal jolts of dubstep, and the earthy twang of country folk.

Katajjaq, or Inuit throat singing, expresses playfulness in strong, throaty expressions. Japan’s nogaku punctuates haunting bamboo flutes with the stiff punctuation of percussion. South of Japan, the Australian Aborigines also used winds and percussions, yet their didgeridoos and clapsticks birthed a distinct sound. And the staid echoes of medieval Gregorian chant could hardly be confused for a rousing track of thrash metal.

Despite music’s far reach across cultures and time, its diversity has led many ethnomusicologists to proclaim the idea of a universal “human musicality” to be groundless or even offensive. But a new study published in Science has found evidence that the world’s musics share important acoustic commonalities, despite their apparent differences. 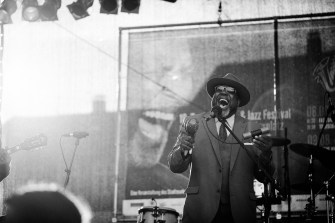 Samuel Mehr, who studies the psychology of music at Harvard, led a team of researchers in studying musical patterns across cultures. In their “natural history of song,” the team collected an ethnography and discography of songs from human cultures across the world.

The researchers’ analysis of the data revealed that these four music types shared consistent features and that cultures used in similar contexts. Some of the similarities were what you’d expect. Dance songs were faster and had an upbeat tempo when compared to soothing and slow lullabies.

“Taken together, these new findings indicate that some basic but fundamental principles mapping musical styles onto societal functions and emotional registers exist and can be scientifically analyzed,” stated cognitive biologists W. Tecumseh Fitch and Tudor Popescu (University of Vienna), who wrote the study’s perspective piece.

The study’s online experiment asked more than 29,000 participants to listen to songs and categorize them into one of the four types. The researchers precluded offering information that either explicitly or implicitly identified the song’s context. They wanted listeners to guess based on the song’s acoustic features alone.

The listeners, amateurs and experts, guessed the correct song type about 42 percent of the time, a success rate that stands well above the 25 percent odds of pure chance. The researchers argue that this shows “that the acoustic properties of a song performance reflect its behavioral context in ways that span human cultures.”

“Crucially, variability of song context within cultures is much greater than that between cultures, indicating that despite the diversity of music, humans use similar music in similar ways around the world,” write Fitch and Popescu.

With all that said, the writers still recognize avenues of future research. They point out that the current database doesn’t explain the variance in societal contexts and acoustic variables. The vocal-only nature of the data also leaves an immense library of instrumental and rhythmic music unexplored. And as with any research into human universals, the database cannot hope to be comprehensive enough to support evidence from every human culture. Additional cultures and musical styles remain to be investigated.

“Today, with smartphones and the internet, we can easily imagine a comprehensive future database, including recordings of all cultures and styles, richly annotated with video and text, being assembled in a citizen science initiative,” they write.

Scientists are creating music to unlock your brain’s potential

Study of fossils has discovered that Homo heidelbergensis, a common ancestor of Homo sapiens and Neanderthals, had the ability to control pitch (or “sing”) at least a million years ago. But having the ability in tandem with the cognitive capabilities to control it is another matter. Humans are the only Homo genus we know has met all the musical requirements, and we can’t be certain when these coalesced in our evolutionary history.

According to anthropologist Donald Brown, despite human universals’ widespread nature, they result from relatively few processes or conditions. These include diffusion of ancient cultural traits or cultures meeting the demands of our physical reality. They can also stem from the operation and structure of the human mind, and therefore can result from said mind’s evolution.

Which is it for music? We don’t yet know.

The Science study authors suggest a picture emerging that music is an evolutionary adaptation—though, whether music is its own specific adaptation or a byproduct of other adaptations remains even more unclear. However, Montagu suggests a more cultural origin when he writes: “Each culture develops the tuning system that best suits its ideas of musicality. It is up to the cognitive scientists to determine why this should be so, but they have to admit, if they are willing to listen to the exotic musics of the world, that these differences exist.”

All roads may not lead to Rome, but many of them lead to wealth and prosperity — even 1,500 years after the fall of the Roman Empire.
Up Next
Starts With A Bang

The Moon, Venus, and Jupiter are the brightest night sky objects. On Thursday evening, November 28, they’ll all align, plus Saturn, too.As the planets orbit the Sun throughout the year, their […]