It’s hard being a movie. Somebody will inevitably dislike you—probably many people all at once.

But why do people disagree about whether a certain movie is good or bad? Surely there is a movie—just one movie of the millions that have been made—that everyone can agree is a really good movie, right?

Probably not. The fault in movies is also their power: the power of representation.

It can be difficult to make a strong claim that a film properly represents people of differing backgrounds, cultures, and lifestyles without a firm definition of what the minimum requirements are. Film is art, so one’s subjective experience of them also creates their meaning.

There is, however, one test that offers us some degree of objectivity.

The Bechdel test is a test of gender inequality in media. Devised by Alison Bechdel, it is a three-part check of a film. A film passes if it can check off all three points. They are:

1. It has to have at least two named women in it.
2. Who have a conversation.
3. About something other than a man.

While the test seems simple, you may be surprised at some of the greatest films to fail the test. Here are five Oscar-winning films that fail, and oh how they fail.

The original trilogy features only three women who never speak to one another. The first film, which won six Oscars in 1978, has only two, Princess Leia and Aunt Beru, and they are never shown on screen together. 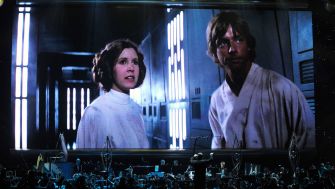 A still from the film depicting Princess Leia and Luke Skywalker during a live rendition of the score. (Getty Images)

One of the most quoted films of all time, Casablanca unexpectedly won Best Picture at the 1944 Academy Awards. The film is iconic and rightly considered a classic. The film has several female characters; with Ingrid Bergman’s Ilsa Lund being a particularly complex and well-written one. Despite this great writing, none of the female cast members can be seen speaking to one another. 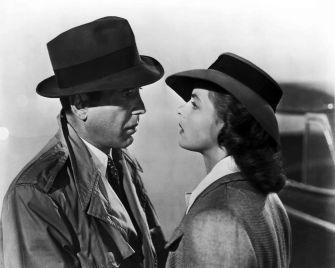 The story of a divorce, this film features a very strong pair of performances from Dustin Hoffman and Meryl Streep. Despite winning the Oscar for Best Supporting Actress for Meryl Streep, the film does not pass the test. It does feature three female characters, and two of them even talk to one another. However, they discuss a man. This excellent film also won Best Picture, Best Actor, and Best Director. 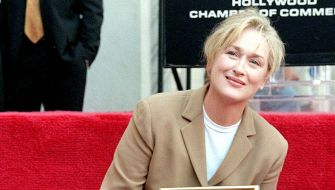 Meryl Streep, who won an Oscar for the film. (Getty Images)

The original Godfather film won three Oscars in 1972, including best picture. Regarded as one of the greatest films of all time, it still manages to fail the test despite having some strong female cast members. There is a single scene (the last one) where two women discuss two men. 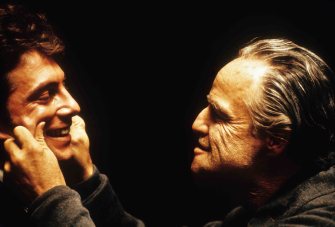 Marlon Brando pulling the cheeks of an unidentified man in a scene from the film ‘The Godfather’, 1972. (Paramount/Getty Images)

The Lord of the Rings

The Lord of Rings films won 17 Academy awards between the three of them, with the final film winning 11. While the saga features very strong characters in Arwen, Eowyn, and Galadriel, they never speak to another woman and are depicted as living in different parts of Middle Earth. 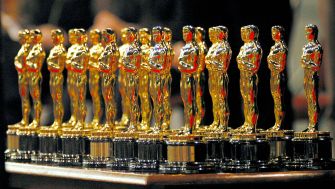 Some of the Oscars won by the series upon their arrival in New Zealand. (Getty Images)

Here are the other nominees it the category of Bechdel failure

Some films not listed, such as Harry Potter and the Deathly Hallows Part II, may pass on dubious definitions of the word “conversation”. Some films are considered to fail the test because the conversations female characters do have concern themes of marriage, dating, or otherwise directly invoke a male figure.

The number of films that pass or fail in a given year can fluctuate wildly, as you can see on this list. This year, a majority of the nominees for best picture pass the test, a welcome change from previous years.

The test does have problems. It was pointed out in another article concerning the test that two women discussing shoes would make a film pass the test, even though they could be stereotypical characters with no depth at all. It is rather vague and some excellent films, such as Grave of the Fireflies, fail because a character is just not given a proper name. However, the test is designed to measure involvement and representation and, in that regard, it succeeds.

This also isn’t to say that a film that fails the test is a bad one. The Godfather is one of the greatest films of all time and it fails the test. Similarly, the epic film Lawrence of Arabia fails utterly as it doesn’t have a single female character. As it is a film about a gay man in the first world war, it would be strange if it tried to include too many female cast members.

The Bechdel test is a measure of equality in films. While it does have issues, it can show us how some of the greatest films of all time don’t manage to have female characters act independently of the men around them. While some have called for using the test to rate films for sexism, others have called for a new test entirely to account for more than just conversations. The test remains an interesting starting point for conversations about representation, women in film, and what kinds of progress, if any, we have made.

Movie soundtracks don’t just help us recall the plot of a film; they also allow us to better understand its meaning.
The Big Think Interview

Being an intellectual is not really how it is depicted in popular culture.
▸
5 min
—
with
Zena Hitz
13.8

Even diehard fans are experiencing superhero exhaustion. But it’s not impossible to do something original.
Thinking

Technology of the future is shaped by the questions we ask and the ethical decisions we make today.
▸
5 min
—
with
Ken MacLeod
13.8

“The Expanse” is the best vision I’ve ever seen of a space-faring future that may be just a few generations away.
Up Next
Politics & Current Affairs

Why President Trump wants a military parade in Washington D.C.

President Donald Trump has requested that the U.S. armed forces stage a parade in the nation’s capital to feature America’s military might. The timing and source of the request has drawn a mixture of opinion.