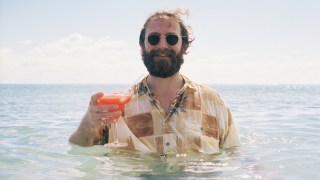 Which of the 50 States Is the Weirdest? Humorist Dave Barry Knows

There's a place Americans feel they can do anything, and it's not Las Vegas.
▸
4 min
—
with
Dave Barry

There’s a place Americans feel they can do anything, and it’s not Las Vegas. Car crashes, sex acts, Walmart, stuffed animals: where else but Florida could these four things be part of the same narrative? Florida is weird alright, but if you ask humorist Dave Barry, it’s not so much about the place but the kind of strangelings it attracts. Located at an opportune intersection of borders and water, it is a hotbed for smuggling and other criminal enterprises, and with that comes all kinds of characters and a sense that anything — anything — goes. Having lived there for 30 years, Barry considers himself truly Floridian. This is his love letter to all the strange things that go down there. Dave Barry is the co-author of For This We Left Egypt?. Dave Barry: There are a lot of factors that make Florida weird. It is not like any other state that I know of, in the sense that there is no Florida. I mean, there is Miami where I live, which is Latin America. I mean, it is! You spend any time in Miami, you will discover that not only is it Latin America, but it's more and more Latin America every day.

If you go south into the Keys, it's in the '60s. If you go west—Naples—it's Ohio. If you go north to Boca, it's Long Island. If you go to Orlando it's like Russian limousine drivers driving tourists from everywhere in the world around. And if you go much north of that it becomes Georgia and Alabama.

So it is really not one state, it has no coherence at all, and I think less so as the time goes by. It's a vacation spot, so you have people coming down there to have fun, people not feeling necessarily in a serious mood. It's a very transient state, so you have a lot of people, again, who don't feel rooted there, but are just there because it's convenient or the weather is nice or whatever.

And it's a pretty corrupt state (I mean our government). We had a lot of corruption in Florida. And it's convenient to all kinds of borders, so it's very easy to get there from the Caribbean, from Latin America, whatever; so if you wanted to smuggle something, Florida is a great place to start.

So the result of this is: it's just this kind of very loose, very non-structured, very non-traditional state where anything feels like it could happen. It's kind of like: if you made Las Vegas much bigger and with less controls not to the efficiency of the casinos and the Las Vegas Police Department; just kind of a big area where people feel they can do things. So people come from everywhere to party, to do whatever, to commit criminal acts. And the weather is warm, so you can always be outside and there's always a party going on somewhere. It's just conducive to weird things happening.

My argument has been for a long time that it's not so much Floridians are weird (and I consider myself to be one when I've been there 30 years), it's people who come to Florida: we are like the Ellis Island for weird, stupid people—they come to Florida to commit to stupid acts.

One example I like to use that got international publicity: A woman was arrested driving south on the Overseas Highway from Miami to Key West, she had an accident because she was shaving her bikini region while driving. She actually had outsourced the steering to her passenger. She was in a hurry to see her boyfriend in Key West. This was all according to the police report. So she decided rather than to pull over to the side of the road to shave her bikini region, she'd keep going and outsource the steering to her passenger, who was (as it happened, and this is why it's a Florida story) her ex-husband.

So they're driving south 40 miles an hour; she's shaving but not looking at the road just operating the accelerator; he’s steering. What could possibly go wrong?

Anyway, the car in front of them slows down; they slam into it; there's an accident. International news, all Florida stories are. Can you believe it? This woman who was shaving her bikini area while driving? The woman was from Indiana. That's the key. She was shaving her Hoosier, which is I think were that term comes from. Florida gets the blame for that, but it's actually somebody who came to Florida.

And that's so often the case if somebody decides he want to pleasure himself into a stuff animal in Walmart, that person—wherever he is—he's going to go to Florida to commit that act, which is why we have so many people doing just so many weird things naked with reptiles. We have a lot of reptiles also.

Poker rule #1: your gut is not as reliable as you think