Singer Amy Winehouse is to go back on tour in 2019, eight years after she passed away at the age of 27, thanks to technology that was in its nascent stages at the time of her death.

Why the Michael Jackson hologram isn’t actually a hologram

BASE Hologram, the company behind the upcoming Roy Orbison hologram tour and the Billie Holiday hologram currently performing daily at the Hologram USA Museum in Los Angeles, is putting together the Amy Winehouse tour to benefit the Winehouse Foundation.

Winehouse is the latest deceased star to get the hologram treatment. Back in 2012, Tupac performed alongside Dr Dre and Snoop Dogg at Coachella thanks to the work of a company called Digital Domain. The only thing is, though: that hologram wasn’t really a hologram… more an update on a very old stage trick using mirrors.

Comedians Andy Kaufman and Redd Foxx have been rumored since 2015 to go on tour, although it hasn’t yet come to pass. Even popular gorilla Harambe was set to become a hologram at one point in time. That, too, hasn’t happened yet. 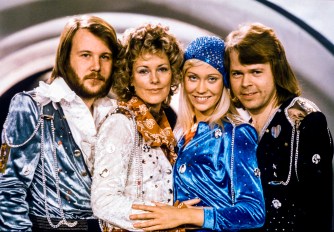 ABBA are also purported to receive the hologram treatment, with Benny Andersson saying in 2016 that:

“We’re inspired by the limitless possibilities of what the future holds and are loving being a part of creating something new and dramatic here. A time machine that captures the essence of who we were. And are.”

That tour, titled the ABBA Avatar Tour, is set to happen in 2019 with a TV special to air this December on BBC and NBC.

It’s worth mentioning that toward the end of her life, Winehouse was consumed by alcohol addiction and her live shows became chaotic. It became a popular topic for jokes both stateside and back in her native U.K., which increased her usage, which ultimately led to her death of alcohol poisoning at just 27.

Why mention this? Well, the way she died is quite a delicate subject, especially among her fans, i.e. how do you present or protect her legacy?

Indeed, Winehouse was one of the most prismatic performers of the 00s and from a sheer production standpoint alone, the idea of capturing her persona seems limiting from the outset. Do you show 2008 Amy in her “prime” performing all the hits or do you show her having a ton of fun doing a slightly silly cover of Toots & The Mayals ‘Monkey Man‘? This is, after all, the same woman who had a blast being extremely honest and in the moment (slightly NSFW). How do you capture that?

So while it remains to be seen exactly what the show will be like, her fans aren’t exactly happy about the news.

British music publication NME rounded up some responses from fans angered by the idea of a holographic Winehouse performing for a reported three years, saying, among other things, “let her rest.” Many, many more fans have echoed similar sentiments.

And while the Winehouse Foundation is doing a lot of good in the world, it is still run by Amy’s father, Mitch Winehouse. I highly recommend the 2015 documentary Amy if you’re interested in learning more about her, particularly the last year of her life, and specifically her relationship with her father.

Mitch was quoted as saying:

“Our daughter’s music touched the lives of millions of people and it means everything that her legacy will continue in this innovative and groundbreaking way.”

Tickets haven’t been made available, but expect updates on BASE Hologram’s Amy portal.

If you or someone you know is addicted to alcohol or narcotics or going through a particularly hard time, call the SAMHSA hotline at 1-800-662-HELP or the United Way hotline at 2-1-1.

For decades, cinemas have earned more from concessions than ticket sales. But can their current business model survive in the streaming age?
High Culture

A new study says the reason cave paintings are in such remote caverns was the artists’ search for transcendence.
Up Next
Starts With A Bang

Finding the particle we assume is responsible for dark matter has always been a guessing game. We guessed wrong.You can’t get mad at a team for trying the improbable, hoping that […]