It is crisp in Boston. Scarfs are out. Just around the corner from a cavernous atrium-styled hall at Harvard Medical School, questions were collected from the gathered audience in a lecture hall in advance of Dayna Bowen Matthew showing up to talk about racial inequalities in health care outcomes based on a book she wrote in 2015 called Just Medicine. One person spoke about a hospital putting a protocol in place to ensure that — when someone was transitioning — they would personally feel welcome at every stage of their transition. Another spoke about students volunteering to provide medical care on the streets of the city and how transformative even a month of that was in terms of fueling empathy, humility, and more. A third person almost came close to holding a personal psychotherapy session in public about their time spent as a mother in Princeton, New Jersey. 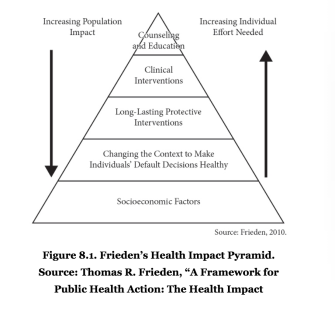 But all that served as a prologue and none of it spoke to the idea of pursuing immediate solutions to address racially unequal outcomes in health care.

That’s where Matthew steps in. In Chapter 8 of Just Medicine, Matthew outlines what she calls “a structural solution” based on Dr. Thomas Frieden’s work, which argues that “the effectiveness of public health interventions decreases at the higher levels of the pyramid” — which you can see above — “while interventions aimed at the broad, lower levels of the pyramid have the greatest potential to improve population health outcomes.”

But that’s a way of organizing existing modes of trying to deal with implicit biases, not a reveal of a specific program to tackle biases in and of itself. CLAS standards (culturally and linguistically appropriate services) are insufficient, in the book’s recounting. Languages access services aren’t provided in a timely fashion. A variety of qualities regarding interpreters falls short. What’s more, “organizational pressures, multiple competing demands and resource constraints inhibit preparedness.” (This being a sentiment that shares a potential overlap with some of the structural factors causing burnout and depression with Doctors.)

“Disparate health care quality measures have improved in absolute terms between 2002 and 2010,” Matthew wrote in the book, but “the gap between quality improvements for whites and people of color has been relatively constant.” She continued —

“Some examples of widening gaps between whites and minority patient quality outcomes include the number of maternal deaths in childbirth, the number of infants who receive vaccines, the number of diabetic adults who get their glucose levels tested annually, the incidence of breast cancer diagnosed at advanced versus early stages, the number of adults over age fifty who receive preventative care in the form of colonoscopy or other diagnostic procedures, and the number of children for whom a health provider gave advice about using car safety seats.”

Matthew ultimately advocates for a law banning implicit and unconscious bias, likening it to a ban against smoking, but if education regarding the daily practice of civil rights fell enough by the wayside in the aftermath of passing the Civil Rights Act for enough people that it reached the point where Chief Justice John Roberts could argue that there was no longer a need for the Voting Rights Act, then the amount of work it would take to educate everyone on what constitutes an unconscious bias — something someone might not even be aware of — could very well be a lot, even if implicit biases have been shown to be malleable.

But that doesn’t mean that Matthew isn’t wrong to point out how intricate the problem can be: as she notes around page 204, a health care “providers’ negative perceptions of minority patients as noncompliant, uneducated, and uncooperative lead to inferior communication, minority patient dissatisfaction, statistical discrimination, and ultimately inequitable treatment decisions.” 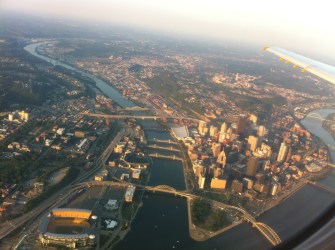 And that doesn’t mean that there aren’t interesting interventions taking place across the country either: in Pittsburgh, Pennsylvania and Greensboro, North Carolina, a group found that — at two cancer centers in each of the cities — “black men and women with early-stage breast or lung cancer were less likely to complete treatment than white patients (81% of black patients completed treatment, compared with 87% of white patients), even after taking into account patients’ age, comorbid illnesses, health insurance, income, and marital status.” The group addressed the issue by partnering with the Racial Equity Institute to train individuals and made a point of not letting individuals fall behind because of medical illiteracy.

The report — put together by The Commonwealth Fund — found numerous other examples as well, including the fact that —

… Focus group research uncovered concerns among many minority patients about the invasiveness and inconvenience of the traditional colonoscopy. Over the years, HealthPartners has leveraged several different tools to try to decrease the gap, including adding decision support and proactively reaching out to patients. In August 2017, the health system sent a home colon cancer screen, known as FIT (fecal immunochemical test), to more than 3,000 patients of color. They also encouraged physicians to avoid describing the traditional colonoscopy as the “gold standard” of screening because it implied FIT was inferior when the U.S. Preventive Services Task Force made no distinction. By the end of 2017, three months after this intervention began, an additional 757 more patients of color had been screened. 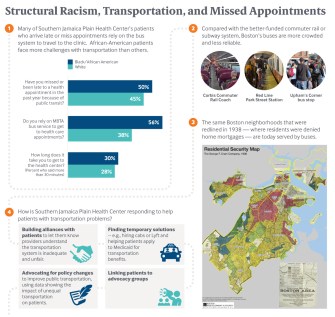 All this made one think about where the conversation in lieu of this book talk was taking place and — in particular — the contents of The Boston Health Report, which examined the health of the city for 2016-2017 and notes that “Black and Latino residents continue to experience higher rates of preterm birth, asthma, hypertension, obesity, and a host of other conditions compared with their White counterparts. Asian residents had higher rates of low birthweight births and tuberculosis than White residents.”

There were some positive-leaning items in the report — a decrease in rates of asthma hospitalizations, heart disease hospitalizations, cancer mortality, hep C, and homicides — but equity remains a concern, and there are numerous details across the 671 page report that speak to different aspects of that. For instance — as noted on page 17 —

The problem is multi-faceted. There are multiple ways to address the problem. This was reflected by the fact that the audience in the lecture hall continued to collect questions for when the speaker showed up.

Tags
healthhealth carepolitics and current affairspublic health
In this article
healthhealth carepolitics and current affairspublic health
Related
The bizarre history of exercise explained in 8 minutes
Harvard professor Daniel Lieberman debunks the ‘10,000 steps per day’ myth.
▸
8 min
—
with
Daniel Lieberman
Health
America’s maternal death rate: “This is a national crisis”
Black women are 3x more likely to die giving birth. Here’s one plan to fix that.
▸
7 min
—
with
Michael Dowling
Harvard professor debunks the biggest exercise myths
Exercise culture is crazy. But what you need to do is exceedingly simple.
▸
with
Daniel Lieberman
Health
Food expiration dates don’t have much science behind them
A food safety researcher explains another way to know what’s too old to eat.
The Present
Five key findings from the 2022 UN Population Prospects
Explore the key highlights from the UN’s latest release of its world population estimates.
Up Next
The Present
What would happen if everyone voted? Researchers suggest big changes
Voter turnout in the United States is pretty low compared to other industrialized countries. While the 2016 US presidential election saw a 56% turnout rate, the 2017 general election in […]