Psychedelic therapy is imminent. Within six years, the market for this new wave of therapeutics is predicted to reach nearly $7 billion. With advocates and investors like Tim Ferriss leading the way, protocols for implementing psilocybin, MDMA, LSD, and ibogaine into treatments for depression, PTSD, addiction recovery, and existential distress are being crafted right now.

How will psychiatrists adapt to these new substances?

This is no easy question. Unlike antidepressants currently on the market, you cannot visit a psychiatrist or general practitioner and receive a script within 10 minutes—a longstanding issue in modern psychiatry, especially given that antidepressants don’t work better than talk therapy (or as this meta-analysis shows, work better in conjunction with psychotherapy) and carry with them many physical risks. One of the most prominent side effects is weight gain, which has the potential to lead to a whole series of further physical and mental health problems.

Psychedelics are also not without risks. Early results from esketamine—this ketamine variant is not actually a psychedelic but has been generally lumped into the same category and provides a cautionary tale—have not been overly encouraging:

“Through an analysis of adverse events reported to the FDA, the authors found several adverse events related to the use of esketamine nasal spray, such as dissociation, sedation, feeling drunk, completed suicide, and especially suicidal and self-injurious ideation.”

This isn’t to write off the protocol, which has shown efficacy in trials (though not without issues either). Anecdotal reports have been positive for some depression sufferers. More importantly, the emerging ketamine clinics across North America feature robust protocols that run counter to many current antidepressant-driven psychiatric evaluations. We should continue to explore this line of therapeutics, just more carefully.

The Multidisciplinary Association for Psychedelic Studies (MAPS) foresaw the possibility of psychedelic therapy decades ago. The organization’s founder, Rick Doblin, argued against the scheduling of MDMA in the mid-80s. The group’s training protocols for MDMA, ayahuasca, ibogaine, and LSD are holistic and include screening sessions, pre-treatment meetings, day-long sessions, and post-treatment integration.

You cannot ingest psychedelics and go about your day. Unlike SSRIs and SNRIs, they don’t take weeks for you to feel the effects. This is an entirely different model than current psychiatry protocols. If psychedelic therapy is going to be integrated into psychiatry, mental health professionals need training. They’ll have to adapt. Cutting corners will be impossible.

Besides overcoming the hurdle of federal regulations (which is quickly happening), psychedelics should be subject to Risk Evaluation and Mitigation Strategies (REMS), writes Paul Tulls in Nature. This means these novel therapies will be administered according to current FDA guidelines.

“The effect would be to bundle the delivery of the drug with the therapy component, and potentially certify practitioners. A source working on one of the trials says that discussions are under way with the FDA over whether therapists who administer the drugs ought to be trained, what that training might involve and whether therapist certification should be required.” 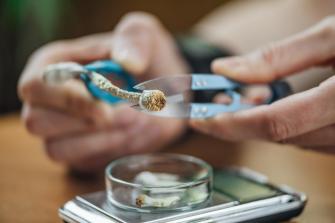 This will not be without its challenges. As Tullis writes, some therapists have been skirting federal law by offering psychedelic therapy for 30 years, reminiscent of LSD sessions in the 1950s and MDMA therapy in the 1970s. In fact, LSD was subjected to over 1,000 studies before being criminalized, though it’s admittedly hard to offer a placebo. (Niacin has worked in some trials.) The comprehensive protocols being developed now have early pioneers to thank.

Psychedelics are also entering an industry with standard practices. Some therapists are likely to remain skeptical; others might not train properly before administering the drugs, which could create problems for the entire industry should some patients experience adverse effects. Psychotherapy will always be necessary before and after administration. In an industry where many are accustomed to writing scripts, not providing in-depth existential explorations with their patients—and many patients are accustomed to quick visits that result in refills—a giant learning curve is necessary.

While many are hopeful that psychedelic therapy will have broad appeal, the more likely result is a slow integration with specialized clinics (such as with ketamine today). There will undoubtedly be players with no history of psychedelics involved only for economic gain; we’re already seeing it with tens of millions of dollars pouring into companies. The competing forces of revenue maximization and psychedelic ritual are likely to create friction.

Regardless, this emerging industry requires funding to get off the ground. We just need to temper expectations with the real-world consequences of the psychedelic model—a hard sell in a world accustomed to quick returns. And we’ll need therapists willing to explore uncharted territory on its own terrain, not the ground they’re accustomed to walking on.

“In our studies, people who are more intelligent don’t mind wander so often when the task is hard but can do it more when tasks are easy.”
Up Next
Health

Can scientists find the ‘holy grail’ of Alzheimer’s research?

Clinical trials at the Feinstein Institutes for Medical Research focus on stabilizing cognitive loss and alleviating the psychotic symptoms that change our loved ones.