A survey study conducted this year (2020) found that most people believe that they are less at risk of contracting COVID-19 than the statistical average for their age or gender.

Over the past decade we’ve faced an onslaught of research informing us about the benefits of optimism: Better cardiovascular health, lower blood pressure, reduced anxiety levels, and better overall mental as well as physical health. But, as it turns out, expecting the best outcomes for ourselves isn’t ideal for a society that needs to halt the exponential spread of a deadly virus. 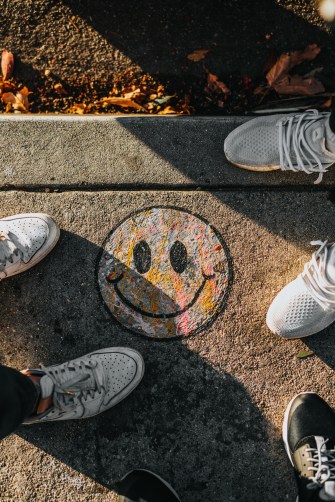 Photo by Nathan Dumlao on Unsplash

Most people have a tendency to overestimate the chances of experiencing a positive (like getting a promotion), and underestimate the likelihood of experiencing a negative event (like getting robbed or sick). Typically a benign — even beneficial — human quirk, the “optimism bias” could be contributing to the spread of coronavirus according to behavioral psychologists.

Experts argue that it has caused people to discount their individual chances of contracting COVID-19, despite being aware of its risk to the rest of the population. A study that was conducted over three phases this year surveying 1,145 people in the U.S. found that the majority of people believed that they were less likely to catch the virus than the average person is, regardless of the person’s age or gender.

According to Sharot, optimism bias is a product of our tendency to vividly imagine positive future events and attribute more probability to them happening.

In certain circumstances, such as in our jobs and relationships, this can be beneficial by encouraging us to behave in ways that may contribute to positive outcomes, thus becoming a self-fulfilling prophecy. But we’re in a pandemic, and it’s having a concerning impact on our ability to assess risk and react appropriately. As time goes on and COVID-19 cases continue to rise and spread the threat of the virus is becoming a background hum to everyday life making this bias worse.

“I think now the risk is greater because we have gotten used to this threat. And when you get used to a threat you underestimate it even more,” said Sharot.

The United States is now reporting the greatest number of cases it’s seen to date, with a seven-day average of daily new cases reaching 68,767 on Sunday, according to data from Johns Hopkins University. 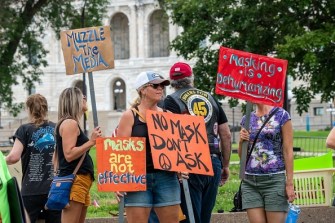 Optimism bias may be compounded by confirmation bias, or the tendency to interpret new information as confirmation of one’s existing beliefs or theories while disregarding information that contradicts one’s preferred narrative of reality. Salience bias is also at play, leading people to underplay or discount the threat of something they cannot see such as a microscopic virus or sick people in the hospital.

Additionally, internet echo chambers exacerbate these cognitive biases. When others share our viewpoints, our biases are typically inflated, and it’s never been easier to curate our social circles with networks of people who do exactly that. This feeds into the tribalism and polarization that has added to the challenges of getting a majority of the U.S. population to comply with virus safety measures. Think, for example, how the act of wearing a mask has become politicized in the U.S. as a perceived badge as to which group one belongs to, masks often being associated with liberal-leaning people and no masks (anti-maskers) being associated with the far-right.

Strong and informed leadership by policymakers can help to make the public keenly aware of the realities and risks of the virus. Educating individuals about how their biases may be affecting their behavior and putting their health and the health of those around them at risk may also help facilitate critical thinking. But the most effective way to counter the damaging effects of cognitive bias in the context of COVID-19 may be by calling on empathy in individuals.

In fact, while people tend to underestimate their individual risk of contracting the virus, the researchers also found that people’s health-related behaviors were more closely linked to their expectations of COVID-19’s global impact.

“People who saw Covid-19 as a grave danger to the health of the human race were more likely to follow public health guidelines such as social distancing and hand-washing, even if they underestimated their own personal risks,” said Sharot. “This suggests that people are mainly engaging in protective behaviours for the benefit of others, and are not just guided by self-interest, which supports the use of public health messaging framed around concern for the greater good and protecting others.”

According to Laura Globig, UCL PhD candidate and co-lead author on the study, this research and methodology could be usefully applied to other major social threats, like climate change.

“For example, it seems likely that people would be more likely to make ‘green choices’ if they believe humanity to be at threat from environmental change, regardless of perceived threats to themselves,” she noted.

Buddhism has rules for slaying your enemies. But the real surprise is finding out who your enemies actually are.
Up Next
Neuropsych

Experts explain how lie detectors work, what happens in the brain when we tell lies and how accurate polygraph tests are.